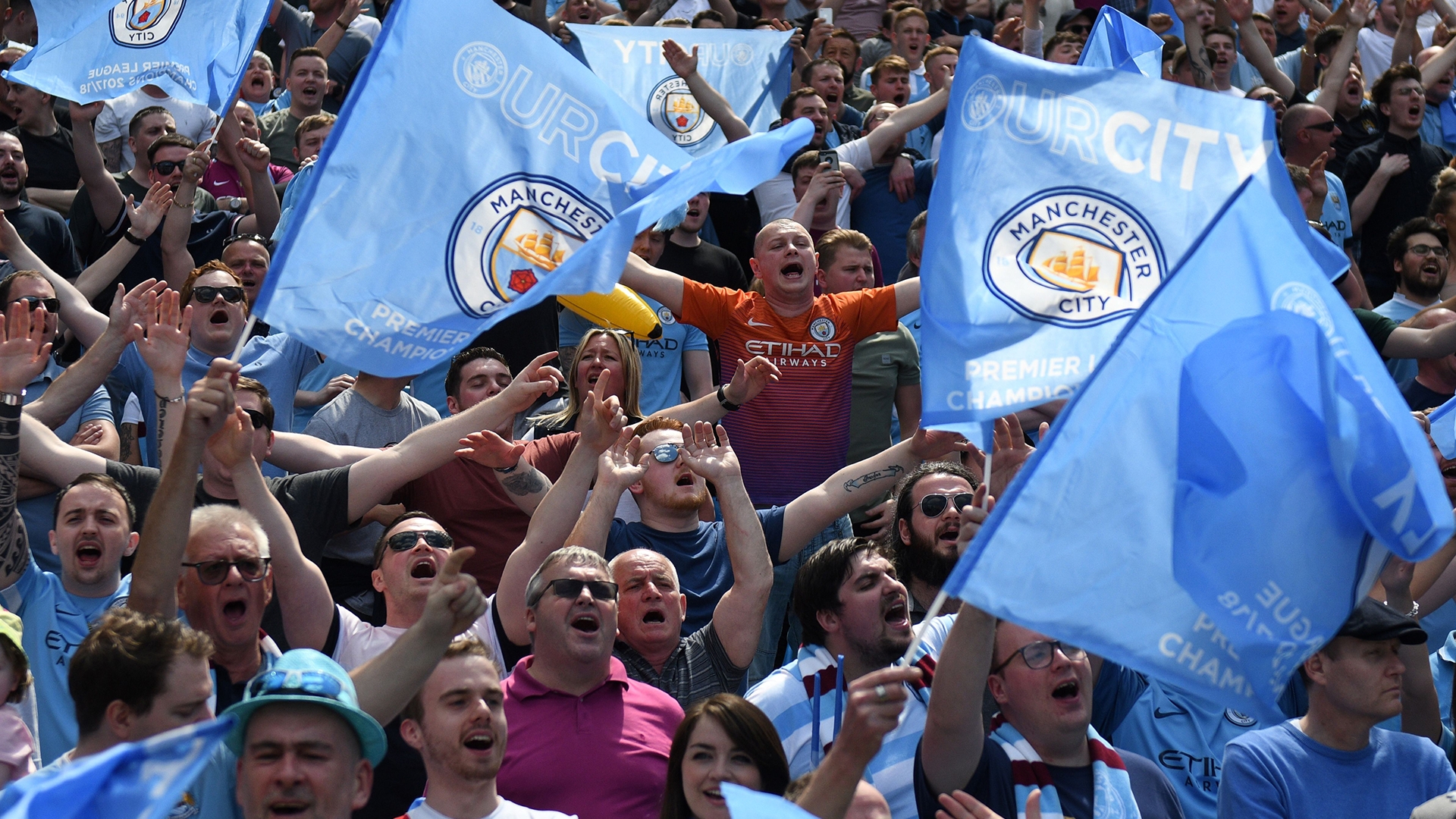 Fans of the Manchester side jeer and whistle the anthem of the European competition whenever it is played on matchday, but why do they despise it?

Much like Gareth Bale being greeted by a symphony of boos every time he steps out onto the pitch in front of the Real Madrid faithful, the Champions League anthem is received in the same manner by Manchester City fans.

If you are watching Man City in the elite European competition, chances are you will notice its official anthem being drowned out by the sound of the supporters' jeers and whistles (or a rendition of pre-match tune 'Hey Jude'). But why do the Sky Blues take such a disliking to the Champions League anthem? Goal takes a look.

Man City supporters booing the anthem dates back to the 2011-12 season, when Porto fans racially abused Mario Balotelli. The Portuguese side then received a €20,000 fine as a penalty.

The following month, however, Man City played away at Sporting Lisbon in the Champions League and were fined €30,000 for being 30 seconds late arriving back onto the pitch for the second half.

These events were what originally sparked the animosity towards UEFA and the Champions League, though it was really kick-started when Man City were found to be in breach of Financial Fair Play in 2014.

City were handed a £49 million fee as a result, in addition to restrictions on their transfer spending as well as a limited Champions League squad size. This is when the booing of the anthem – directed at UEFA – truly began. The booing, however, intensified a year later during a European group game involving CSKA Moscow in the 2013-14 season.

CSKA had closed their stadium three weeks before the match as punishment following repeated incidents of racial abuse from their supporters. The ban, however, also applied to City fans hoping to attend the game, despite the fact that many of them had already bought match tickets, flights and hotel rooms for the fixture.

At the time, Vincent Kompany had complained that his side had been punished unfairly with their supporters also banned from the Khimki Arena.

"Why the hell do we not have any fans here? What have our fans done wrong? There's no fairness in it," he said via the BBC.

"You say no fans, all of a sudden you turn up and the team who has no fans is Man City. So who's getting punished? Who's being done for racism, Man City or Moscow?"

Man City fans arrived in Moscow anyway despite the ban, and on the night of the fixture, CSKA fans were hostile towards the visiting fans and tried to prevent them from entering the stadium. Hundreds of CSKA fans, however, were allowed into the stadium wearing different colours. UEFA did not end up punishing any of the home supporters for their behaviour – and CSKA instead had the length of the stadium closure reduced after appealing.

Yaya Toure also called for UEFA to take action following the behaviour of the CSKA fans, and questioned their lack of action. "I'm not just disappointed, I'm furious," he said according to the Guardian.

"I'm very, very disappointed about what those fans have done today and I think UEFA have to take action because players with the same colour of skin will always be in the same position. For me, as captain, I was wearing an armband which said 'No to racism' and I was totally disappointed.

"I want to see UEFA do something and take some action. We have to be as strong as possible, otherwise they will continue like that. Maybe they could ban the stadium, I don't know, for a couple of years or a couple of months."

A UEFA statement following the game read: "Following the match between CSKA Moscow and Manchester City, UEFA have reviewed the officials' reports and found no breach of the conditions related to a match played behind closed doors that make part of the disciplinary decision.

"Only people who were allowed to enter the stadium (clubs delegations, media, security staff, UEFA and guests of sponsorship partners) attended the match with no record of inappropriate behaviour."

In December 2016, the Blues were drawn against Dynamo Kyiv in the Champions League last 16. The Ukrainian side were halfway through serving a stadium ban, and so Man City fans knew in advance not to attend the away fixture in February.

However, UEFA overturned the ban three weeks before the game took place, meaning that it was too late for most fans to buy flights and accommodation.

Pep Guardiola has spoken about his side's booing of the anthem in the past, and has recently put forward his hopes that the attitude of his fans will change.

"I think the last time there were less boos," Guardiola said via the Independent. "My feeling is now the people are starting to enjoy this competition. They are feeling like we can do it together."

Following recent revelations that UEFA have started to investigate City's compliance with FFP once again, however, more protests and boos directed at the European governing body ahead of Champions League knockout ties are expected to occur.