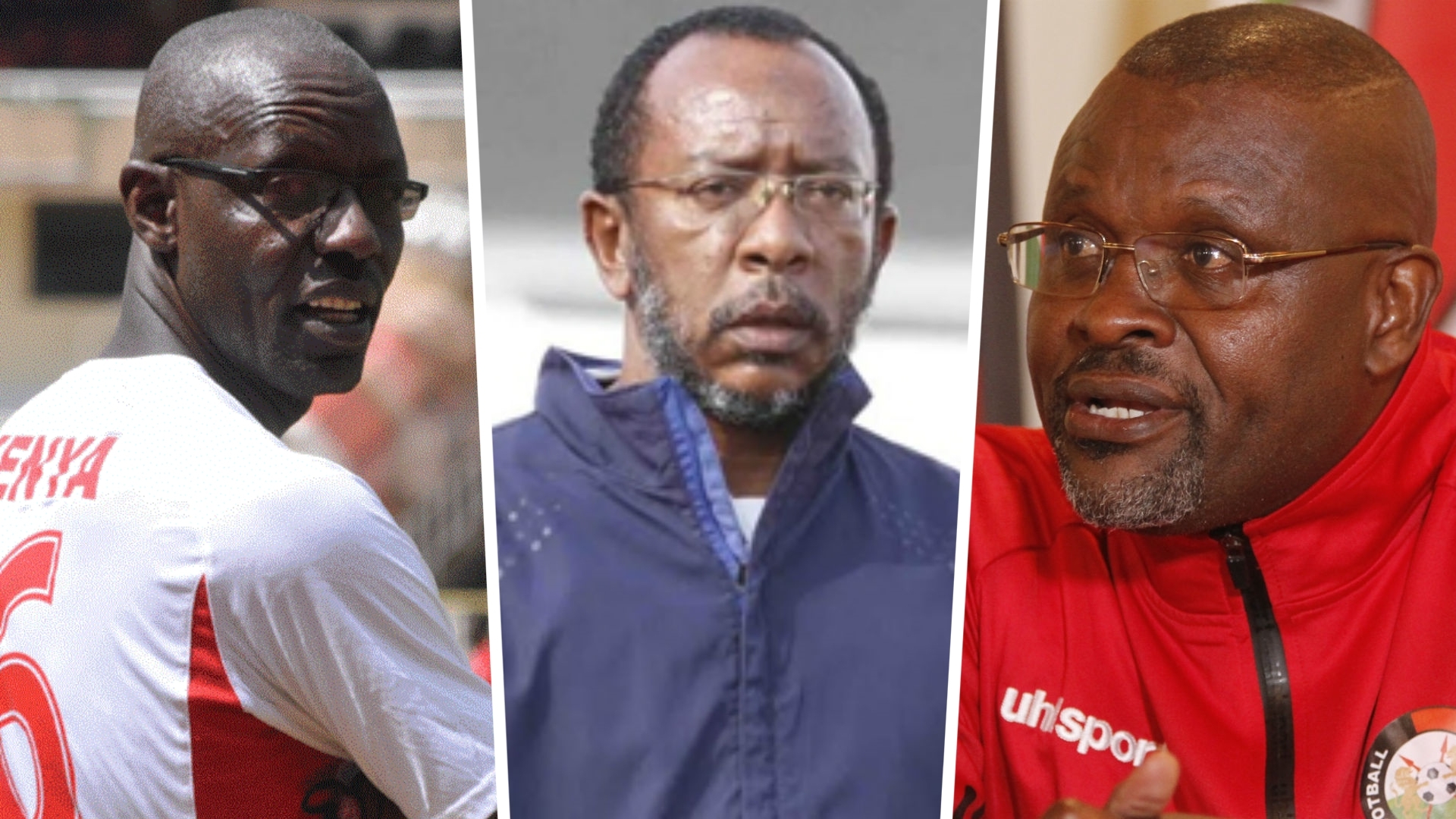 Newly appointed Harambee Stars coach Jacob ‘Ghost’ Mulee has picked Musa Otieno and Twahir Muhiddin as the coaches who will work under him after he was unveiled on Wednesday.

Goal can exclusively reveal the former Tusker coach, who was appointed on a three-year contract to replace Francis Kimanzi, has already forwarded the two names to the Football Kenya Federation (FKF) ahead of their unveiling next week.

While unveiling ‘Ghost’, FKF president Nick Mwendwa told Goal they had given the coach a free hand to pick his assistants.

“We have given him a free hand to pick the coaches he feels he can work with,” Mwendwa told Goal. “We don’t want to be involved in giving him the coaches he will work with, it is upon him to give us the names, he has until Monday next week to do so.”

A source has now confirmed to Goal Mulee has settled for Otieno, who captained Harambee Stars during his playing time, and Muhiddin, the current Bandari FC technical director, to join him in handling the national team.

“He [Mulee] has already handed in the names of Otieno and Muhiddin, and they will be unveiled next week,” the source, who did not want to be named, because of the sensitivity of the matter, told Goal.

“They will both come in as his assistants and they have already agreed to take up the job.”

Otieno, who played in South Africa for most of his career, was also the assistant to Stanley Okumbi at the national team before they were also shown the exit door.

Muhiddin has also handled the national team during the previous regime under Mohammed Hatimy.

On being appointed, Mulee, who is well remembered to have steered Kenya to the 2004 Afcon finals held in Tunis, Tunisia, says he is ready to take up the challenge and believes he still has what it takes to succeed with the team.

“First of all, I want to thank the federation for again having faith that I can steer the team to the Afcon and World Cup,” Mulee told Goal.

“We had a very lengthy discussion as to what the ambition of the federation is after the election and after seeing the working conditions are favourable, I said that I can give it a try.

“My focus now is on how to deal with Comoros, I know it is a difficult match but I think if we can manage to win the first game at home, then we will be good to go.”

Asked whether he still has what it takes having been out of the coaching scene for more than five years, ‘Ghost’ told Goal: “I have been in the game since the last time I coached the team, for now, I cannot promise anything, a coaching job is difficult, you can have it today, play one game and get fired.

“But looking at the team in my disposal, I have confidence they will do well under my leadership, the office has promised us the support, and I know that we can do well, all we need to do is win our home matches.”