Barcelona star Lionel Messi has hit out at former playing colleague Eric Abidal, who had strongly criticised the Blaugrana for their performances on the pitch.

Abidal, who played alongside Messi at Camp Nou and now acts as Barca's technical secretary, held an interview with Sport which was published on Tuesday.

During the chat, the Frenchman suggested that part of the dressing room was not performing up to expectations under former coach Ernesto Valverde.

"A lot of players were not happy and did not work much and there was also a problem with internal communication," he told the newspaper.

"The relationship between the coach and dressing room was always good, but there are things that as an ex-player I can sense. I told the club what I thought and we had to make a decision."

Valverde was sacked from his post in January following Supercopa defeat to Atletico Madrid, with former Betis boss Quique Setien entering the fray.

But Messi was not impressed with Abidal's comments, telling his old colleague to either name names or refrain from commenting on the squad. 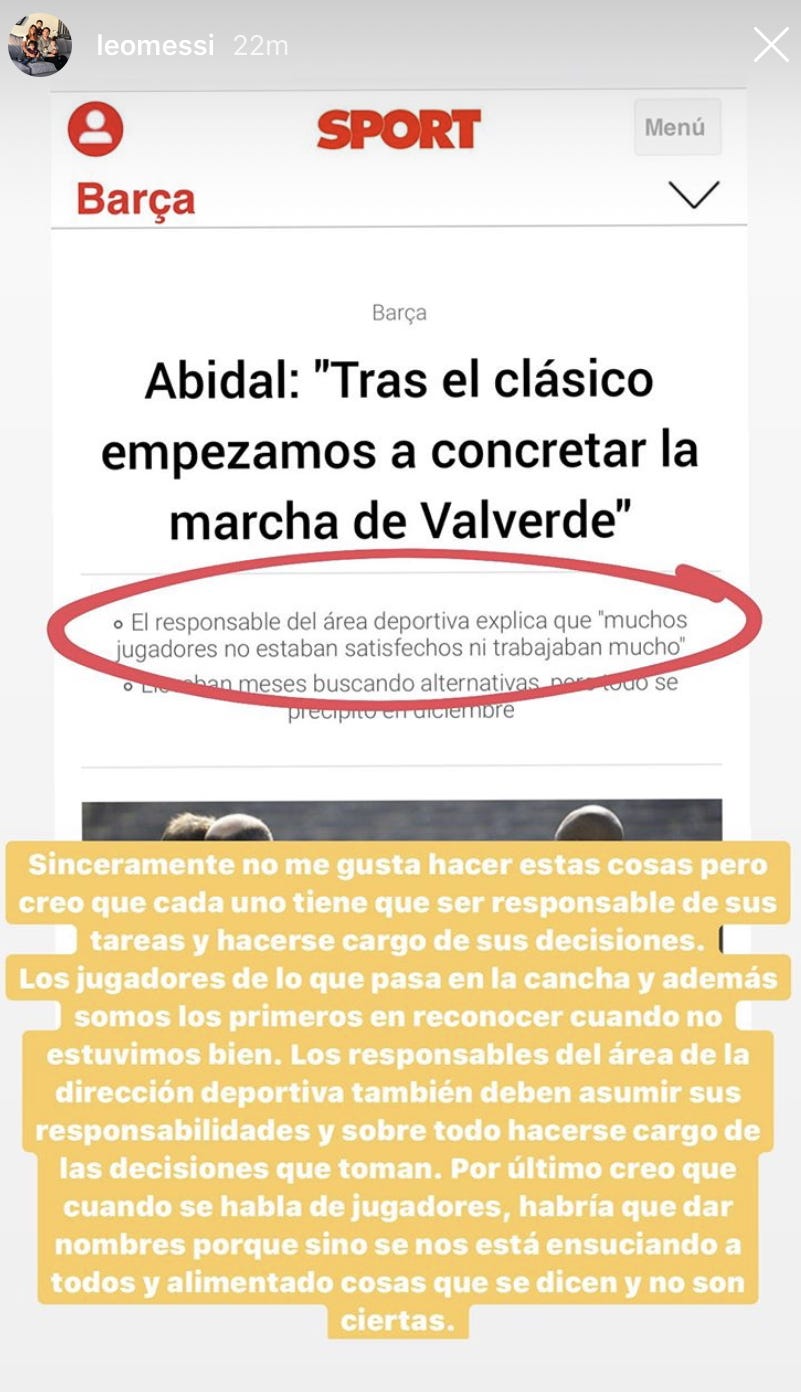 "I honestly do not like to do this kind of thing but I think that everyone has to be responsible for their job and take responsibility for their decisions," the Argentine fired on Instagram.

"Players are responsible for what happens on the field, we are also the first to acknowledge when we don't play well.

"Those in charge of sporting direction should also face up to their responsibilities and above all take charge of their own decisions.

"Lastly, I think that when you talk about players, you should give names because otherwise you are tainting everyone's name and feeding rumours that spread and are not true."

Barcelona enjoyed a welcome return to form at the weekend following defeat to Valencia, with Ansu Fati's double helping them past Levante in a 2-1 win at Camp Nou.

The Catalans, however, were unable to cut the three-point lead that rivals Real Madrid enjoy at the summit after Zinedine Zidane's men racked up their fourth successive Liga win at the expense of Atletico.

Both Barca and Madrid are back in action midweek in the Copa del Rey, each taking on Basque opposition on Thursday as the Merengue welcome Real Sociedad to the Bernabeu while Messi and Co. travel to Bilbao to face Athletic.