All you need to know about the special European tournament, which will be staged across the continent next summer after being postponed

The European Championship will enter new territory in 2021 with the tournament taking place in a number of countries across the continent.

Originally scheduled to take place in June and July 2020, UEFA was forced to postpone the competition due to the seriousness of the global coronavirus pandemic, which swept the world in 2020.

The idea behind the pan-European event was to stage "a party all over Europe" to mark 60 years since the inaugural tournament (it will be 61 years in 2021) and, for the second time in history, it will feature 24 teams.

With the competition being held in a variety of countries, there was no automatic qualifier, and each of UEFA's member nations had to fight to earn their place at the finals.

The qualification process changed somewhat and the introduction of the Nations League has led to some confusion, but luckily Goal is here to break matters down.

Of the 12 venues, all will stage at least three group stage games and a knock-out round tie each. The breakdown of venues and games can be seen in the table below.

The decision to expand the European Championship to span the continent instead of being confined to one or two host nations was made by UEFA's Executive Committee in 2012 as a way to mark the 60th anniversary of the tournament.

FIFA President Gianni Infantino, who was then UEFA General Secretary, explained that "instead of having a party in one country, we will have a party all over Europe in the summer of 2020."

"An opportunity like this, to give many cities and many countries the possibility to host even just one part of a EURO, is certainly an excellent thing, especially in times when you have an economic situation where you cannot expect countries to invest in facilities in the way that such an event requires," said Infantino.

Of course, UEFA and Infantino could not have foreseen that a deadly pandemic would spread across the world in early 2020, something that does not combine well with the concept of hosting a tournament across 12 different countries.

The final of Euro 2021 will be held at Wembley Stadium in London, which is the home of the England national team, who finished fourth in the 2018 World Cup. The venue, affectionately known as 'The Home of Football', will also be used for the two semi-final games. 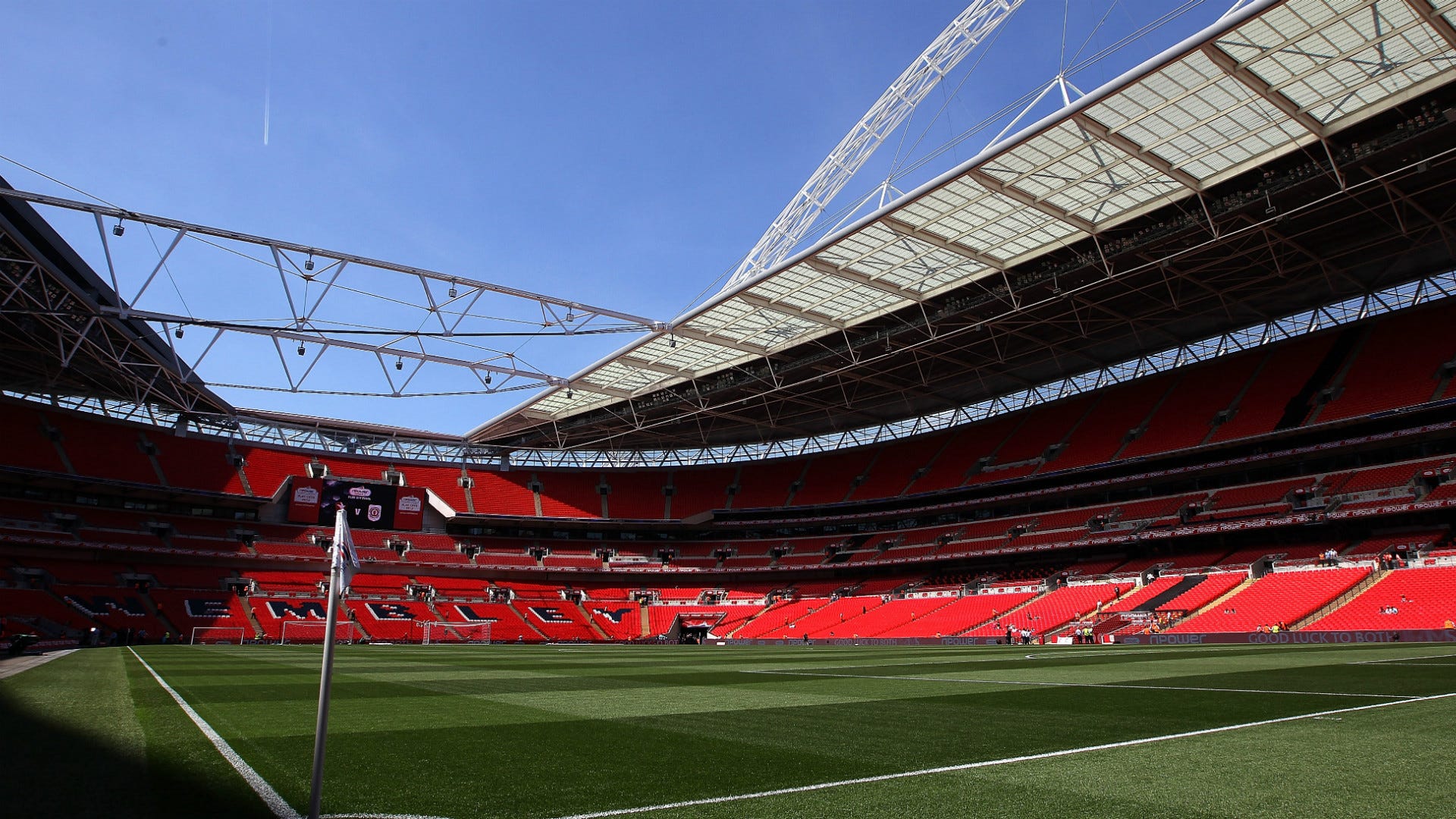 Redeveloped and re-opened in 2007, the new state-of-the-art facility has a capacity of 90,000 and has hosted FA Cup and League Cup finals, as well as the Community Shield.

Wembley (in its former guise) previously staged the final of the European Championship in 1996 when England hosted the tournament. The original Wembley was also used for the 1966 World Cup final.

As mentioned above, Euro 2021 will feature 24 teams following UEFA's decision to expand the number of participants from 2016.

The format for the final tournament will be the same as its predecessor Euro 2016, meaning that there will be six groups comprised of four teams.

As with Euro 2016, the winner and runner-up in each group, as well as the four best third-placed sides progress to the round of 16.

Euro 2021 is provisionally scheduled to begin in June 2021, but the viability of the tournament very much relies on external factors, including the global management of the Covid-19 outbreak.

The decision to postpone the European Championship was made in the hope that other football competitions such as as the Premier League, La Liga and so on will complete their schedule. 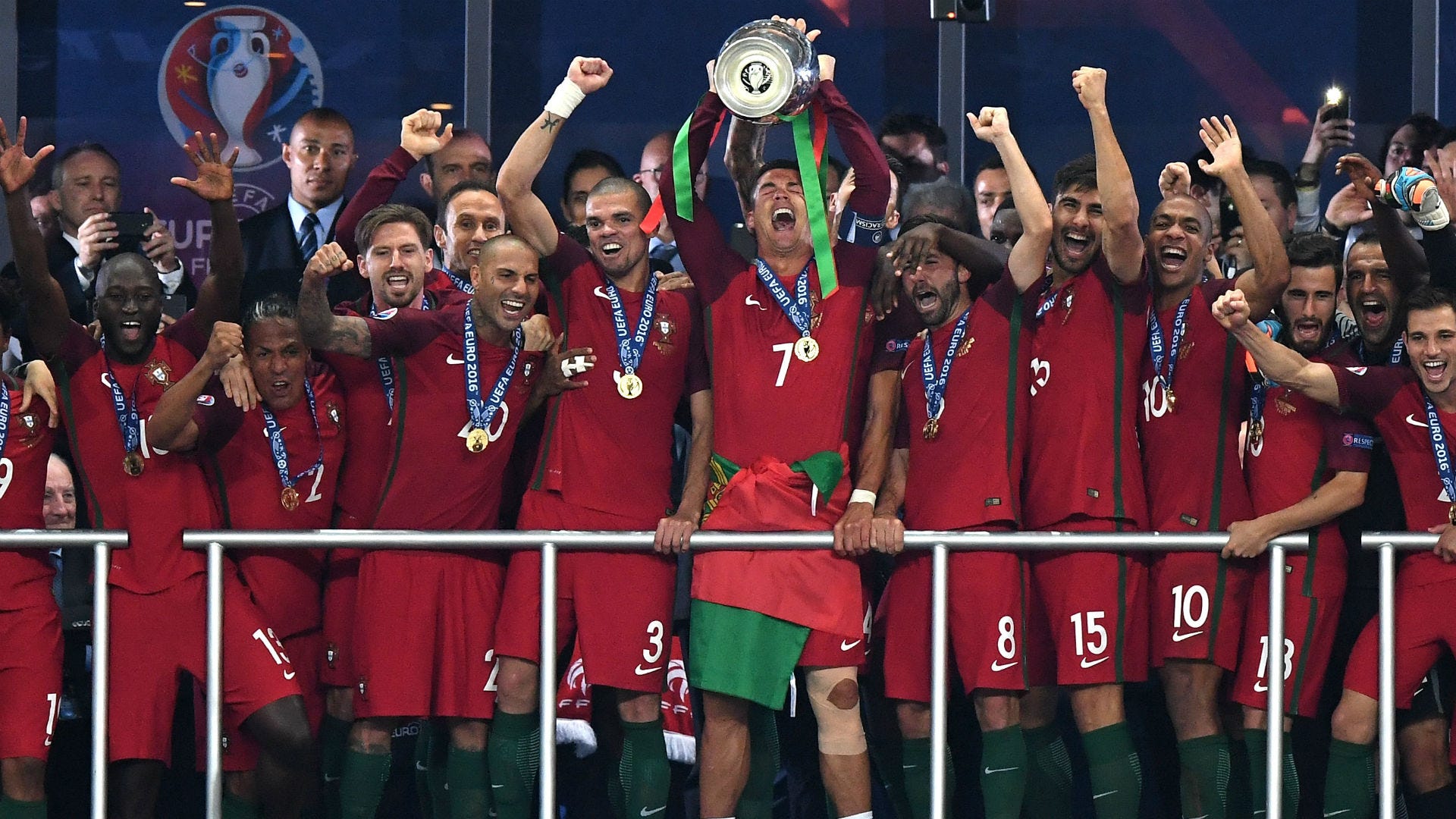 Qualification for Euro 2021 incorporated a new system, whereby the bulk of the teams qualified through the traditional group method and four places are decided through the UEFA Nations League.

The Euro 2021 qualifiers took place from March 2019 to November 2019, with 20 teams having been confirmed automatically:

The remaining four teams will be decided during the play-offs, provisionally scheduled for June 2020 should the world manage to stem the spread of Covid-19.

What is the UEFA Nations League?

The UEFA Nations League is a competition for UEFA's 55 members, which ran for the first time in 2018. It consisted of four different divisions (or 'Leagues') and had three stages.

Each League yields a qualifier for Euro 2021, which will be decided via play-offs between the teams that have not already qualified for the finals.

Check out UEFA's handy visual guide to the process below. 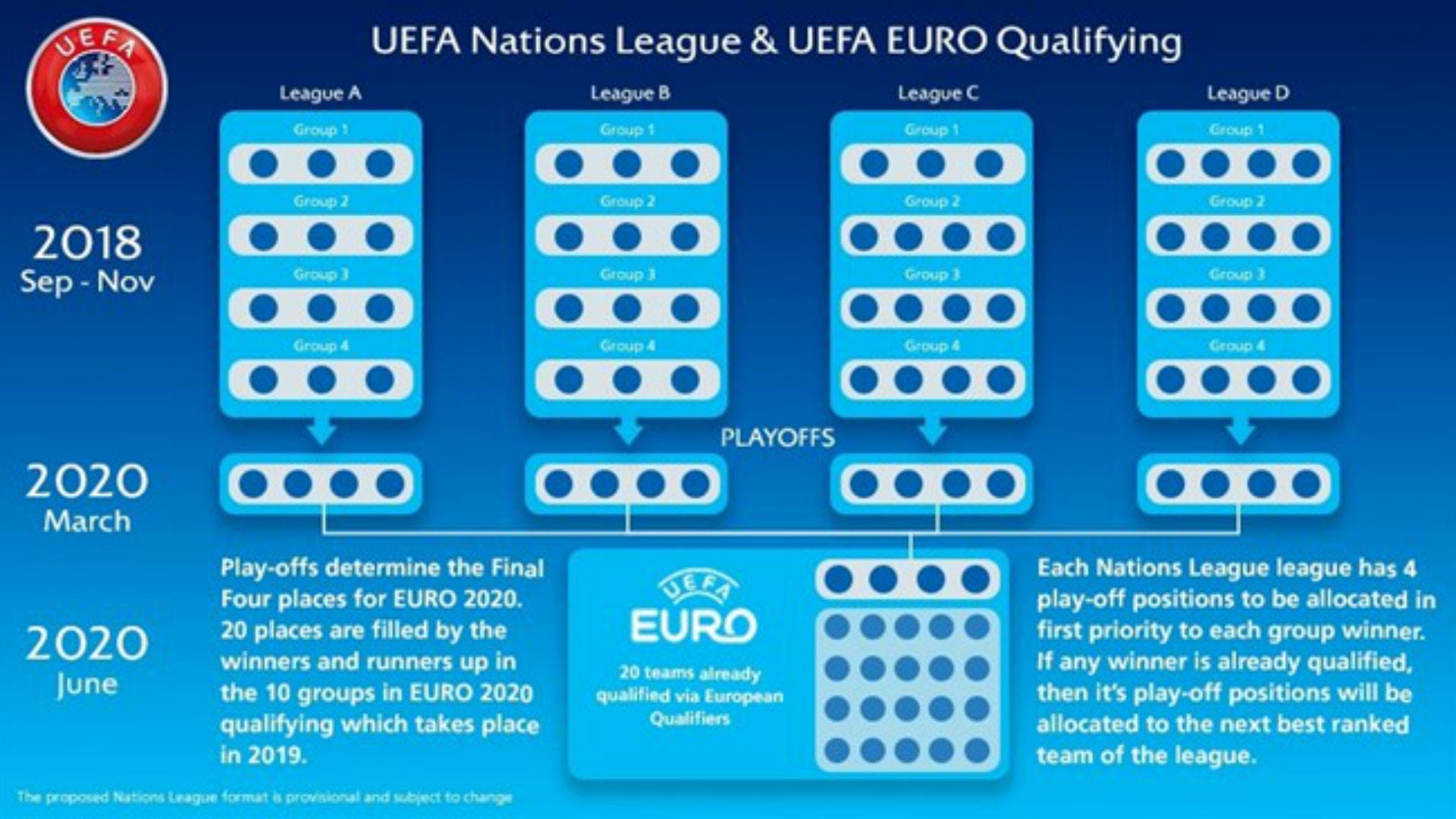 The play-off spots are allocated to the winner of each group, but if the winner has already qualified, the berth goes to the next best ranked team - that has not qualified - in that league.

You can read our in-depth explainer for the Nations League here.

The ticket application process for fans of teams that have qualified via the traditional European Championship qualifying opened in December 2019, while supporters of the teams who win the Nations League play-offs can apply after those games have been decided in June 2020.

Of course, the unforeseen postponement of the tournament until the summer of 2021 complicates matters and UEFA has committed to fully refunding the face value of tickets purchased by those who are no longer able to go to the tournament.

The best thing for supporters to do if they are in doubt or are interested in going is visit UEFA's ticket portal and engage directly with the organisation. 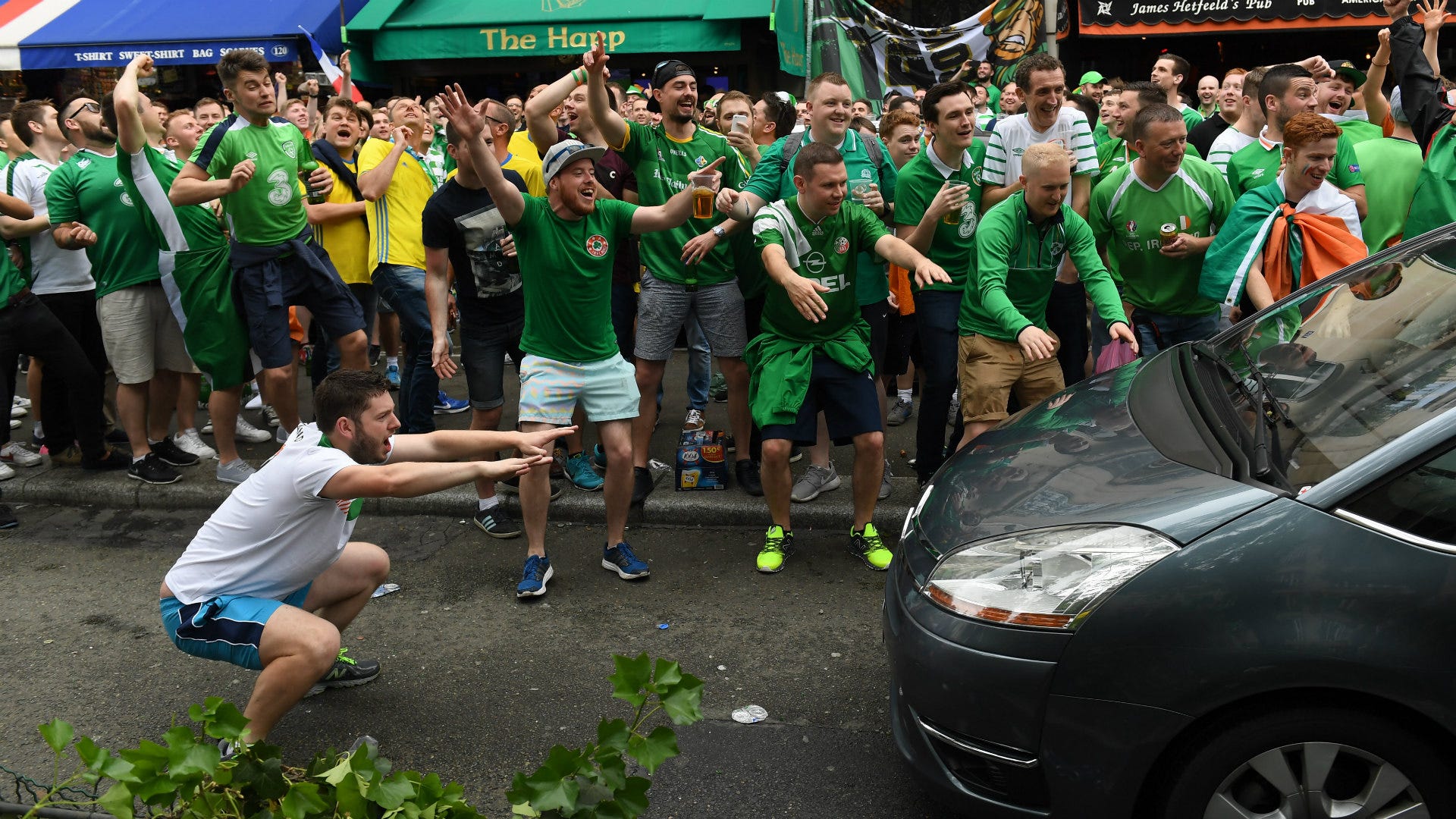 Who are the favourites to win Euro 2021?

France will go into the tournament firm favourites after winning the 2018 World Cup in Russia. Kylian Mbappe, Antoine Griezmann and Paul Pogba will still be key players within Les Bleus' squad.

World Cup 2018 runners-up Croatia could also be in strong contention to win the tournament, with Euro 2021 possibly being the last major international tournament for many of their golden generation such as Luka Modric, Ivan Rakitic, Ivan Perisic, Mario Mandzukic and Danijel Subasic.

Other teams expected to do well are Belgium, Spain and England. Italy and Wales had memorable European Championship experiences last time around and will be hoping for more of the same, while Netherlands will be aiming to return to the summit of international football after a number of years in the wilderness.