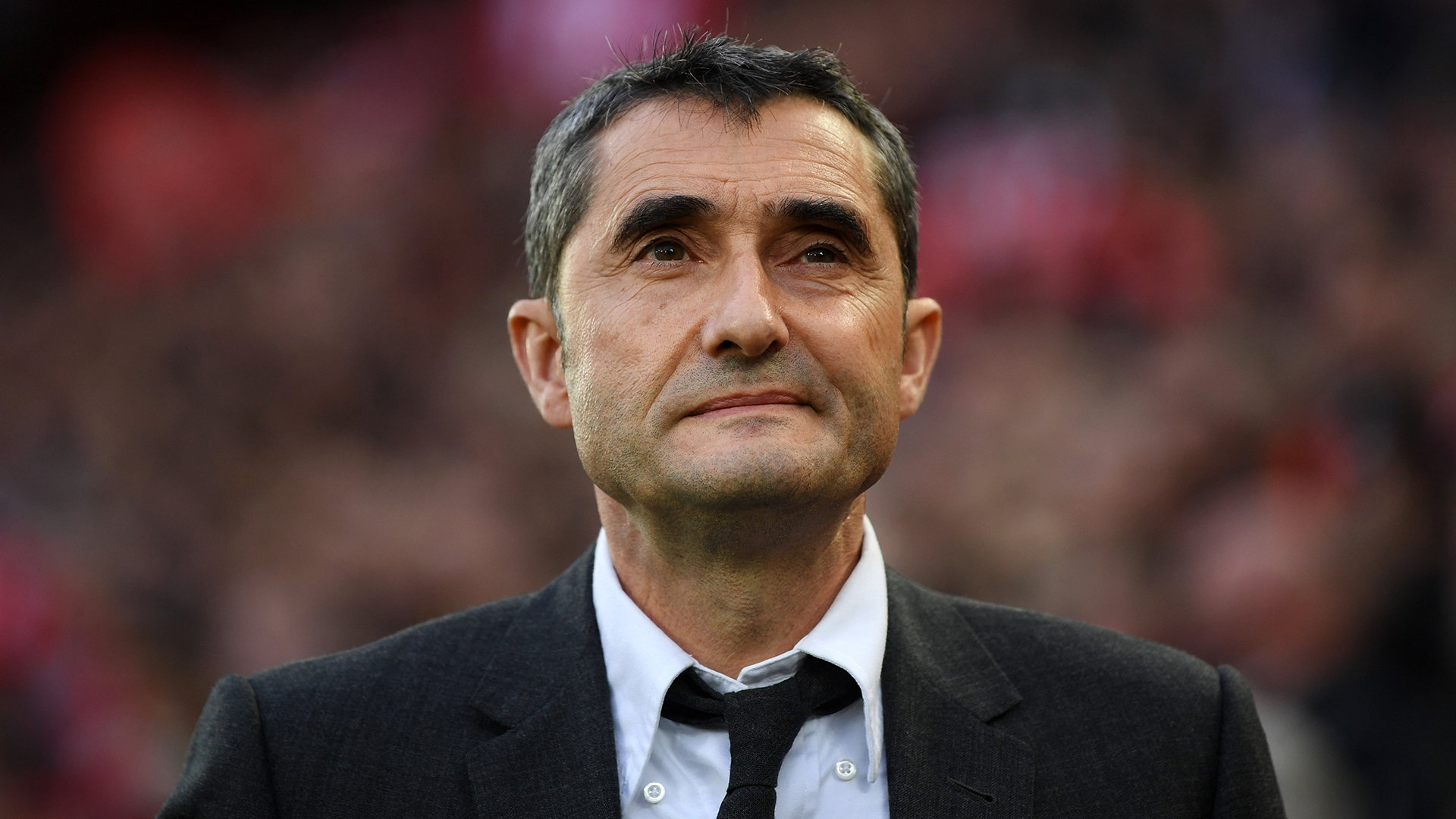 The Manchester City boss feels that his Spanish colleague has done a good job at Camp Nou, despite growing speculation over his position at the club

Under-fire Barcelona boss Ernesto Valverde is still the right man to lead the club forward, according to Pep Guardiola.

The Blaugrana successfully retained the Liga title this season, finishing 10 points clear of runners-up Atletico Madrid and 19 ahead of arch-rivals Real Madrid.

However, they came up short in the Champions League for a fourth successive year, suffering a shocking semi-final exit at the hands of Liverpool.

Barca were in control of the tie after a 3-0 first-leg win at Camp Nou, but the Reds staged a stunning comeback to win the reverse fixture 4-0.

Valverde's men also missed out on a domestic double, after falling victim to another upset in the Copa del Rey final on May 25.

Valencia pulled off a shock 2-1 win in the showpiece event and calls for Barca to appoint a new manager have been widespread in the days since the defeat.

Manchester City head coach Guardiola, who enjoyed a trophy-laden spell in charge at Camp Nou between 2008 and 2012, has offered his support for Valverde in the face of fierce criticism.

He told Marca: "Away from the great friendship that we have, Ernesto is spectacular.

"He's done a very good job. Sure he lost the Champions League, we all did.

"[He's in charge of] a team that has won two leagues in a row and plays good football, I'm happy that he's staying.

"Barcelona continue being loyal to his style."

Guardiola also weighed in on Barca's European loss to Liverpool, insisting that the tie could have gone either way.

"When the standard is so high, if one team has a bad game, that's when you lose."

Guardiola was speaking just a few weeks after guiding City to an unprecedented domestic treble in England, but he continues to be linked with a return to Barca in the near future.

Guardiola has no plans to go back to Catalunya, having already stamped his mark on the club as both a player and manager.

He added: "I've already had my time as a coach, now there are new generations. It's always about me going to the Camp Nou."