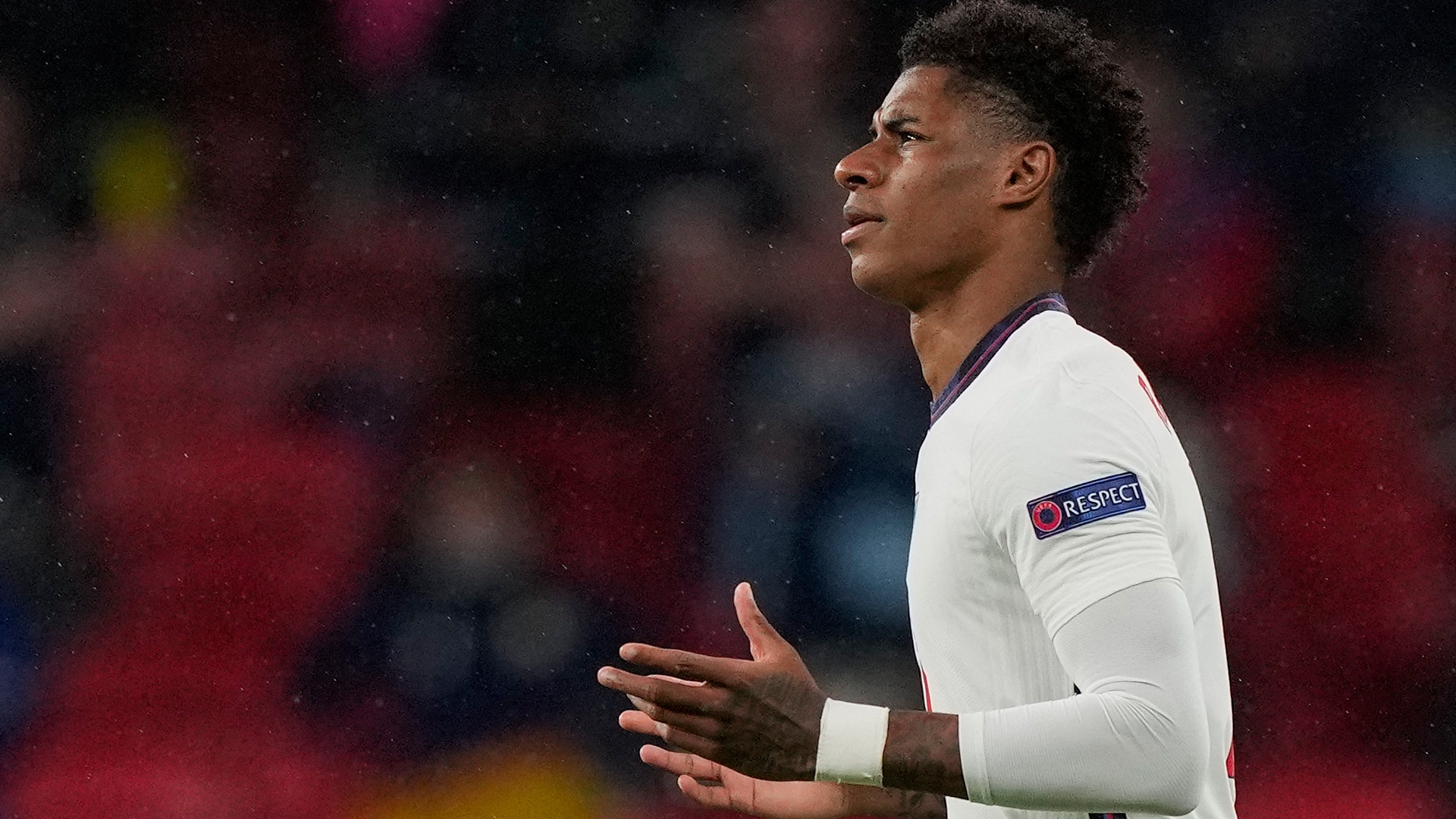 England and Manchester United forward Marcus Rashford has expressed his gratitude to the fans that flocked to his mural in order to leave messages of support and encouragement.

The 23-year-old erred from the spot on Sunday as England lost out in the Euro 2020 final at the hands of Italy, with his mural in Manchester subsequently defaced by hateful messages.

He also received racist and abusive messages on social media since that miss, but he also highlighted the many supporters who have backed him at this painful time.

On Tuesday Rashford took to Twitter in order to share photos of the letters and memorabilia left at the image of him which stands in his hometown of Manchester.

"Overwhelmed. Thankful. Lost for words." he wrote on the social media website to accompany the messages.

One of the cards left stated: "You are a hero, Marcus, thank you," while another letter affirmed: "Thank you for lifting the nation's spirit and being a hero for all children.

"You are a well-respected and talented football player. Thank you for everything that you do."

"All I can say is sorry"

The previous day, Rashford had penned an open letter apologising for his shoot-out miss, while vowing he and England would be back better than ever in the future.

"I don't even know where to start and I don't even know how to put into words how I'm feeling at this exact time," he explained. "I've had a difficult season, I think that's been clear for everyone to see and I probably went into that final with a lack of confidence.

"I've always backed myself for a penalty but something didn't feel quite right. During the long run-up, I was saving myself a bit of time and unfortunately the result was not what I wanted.

"I felt as though I had let my team-mates down. I felt as if I'd let everyone down. A penalty was all I'd been asked to contribute for the team. I can score penalties in my sleep, so why not that one? It's been playing in my head over and over since I struck the ball and there's probably not a word to quite describe how it feels.

"Final. 55 years. One penalty. History. All I can say is sorry. I wish it had [have] gone differently. Whilst I continue to say sorry, I want to shout out [to] my team-mates. This summer has been one of the best camps I've experienced and you've all played a role in that. A brotherhood has been built that is unbreakable. Your success is my success. Your failures are mine."