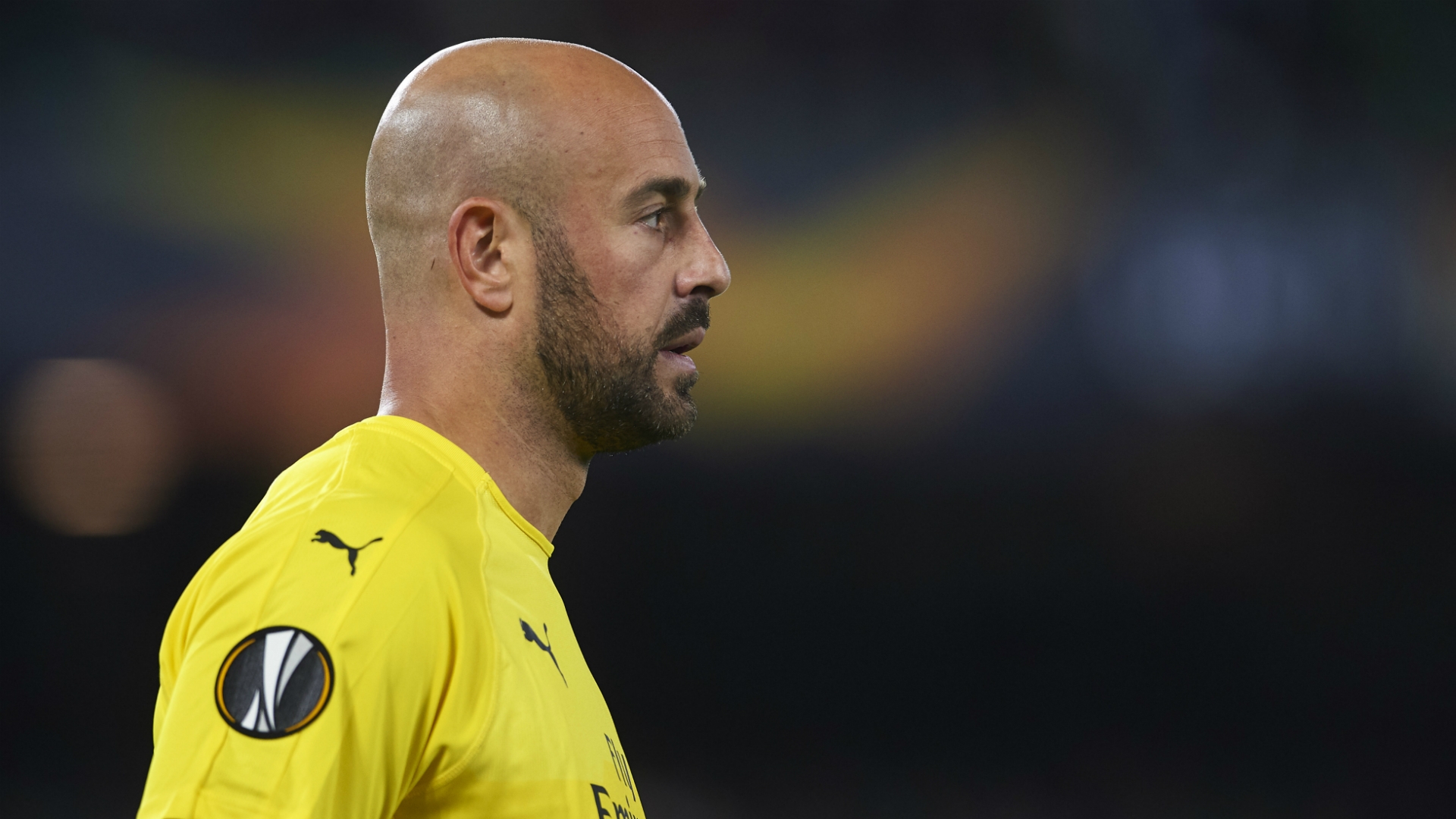 The shot-stopper, who is on loan from AC Milan, says he is only now starting to win his battle against Covid-19

Aston Villa goalkeeper Pepe Reina has recounted his traumatic experience with coronavirus, saying he struggled for oxygen for 25 minutes at one period.

The 37-year-old, who is on loan from AC Milan, said he is only now beginning to win his battle with Covid-19 after confirming last week that he had the illness.

Reina said that he has not left his house in 18 days, and spent the first six to eight days of his illness locked in a room.

Though he has been at home, Reina said that he has had plenty of people around him during his ordeal.

"I haven't been out for 18 days," the Spaniard said in an interview with Corriere dello Sport.

"I didn't want for company. It's me, my wife Yolanda, five children and two in-laws. The house is large and loneliness doesn't come into it.

"However, I was isolated after experiencing the first symptoms of the virus: fever, dry cough, a headache that never left me, that feeling of exhaustion."

Reina is now beginning to recover, but said that the symptoms of the illness were terrifying at one point.

"I am winning the battle against coronavirus only now," the former Liverpool and Napoli man continued.

"The most difficult moment was when I could no longer breathe, the 25 minutes I ran out of oxygen. It was the worst moment of my life.

"The only real fear I had was when I understood that there was no oxygen: endless minutes of fear, as if suddenly my throat had closed."

Reina and his Aston Villa team-mates are currently in a holding pattern as the Premier League remains on hiatus. Though the league is tentatively scheduled to return on April 30, it is likely the wait will go on longer as the pandemic continues to rage.

The goalkeeper admitted he wasn't too concerned with the date he will return to the pitch, saying that defeating the virus is the priority now.

"Football takes a back seat," Reina said. "I don't care much, really. Everyone's well-being goes above anything else. I will be a supporter of playing when everything is in the best conditions, that everyone is safe.

"Football cannot be a priority right now. It is not important to finish this league. I know and am aware of all the interests that exist around soccer, especially economic ones. But there are also many other areas, and right now the first thing is people's health."