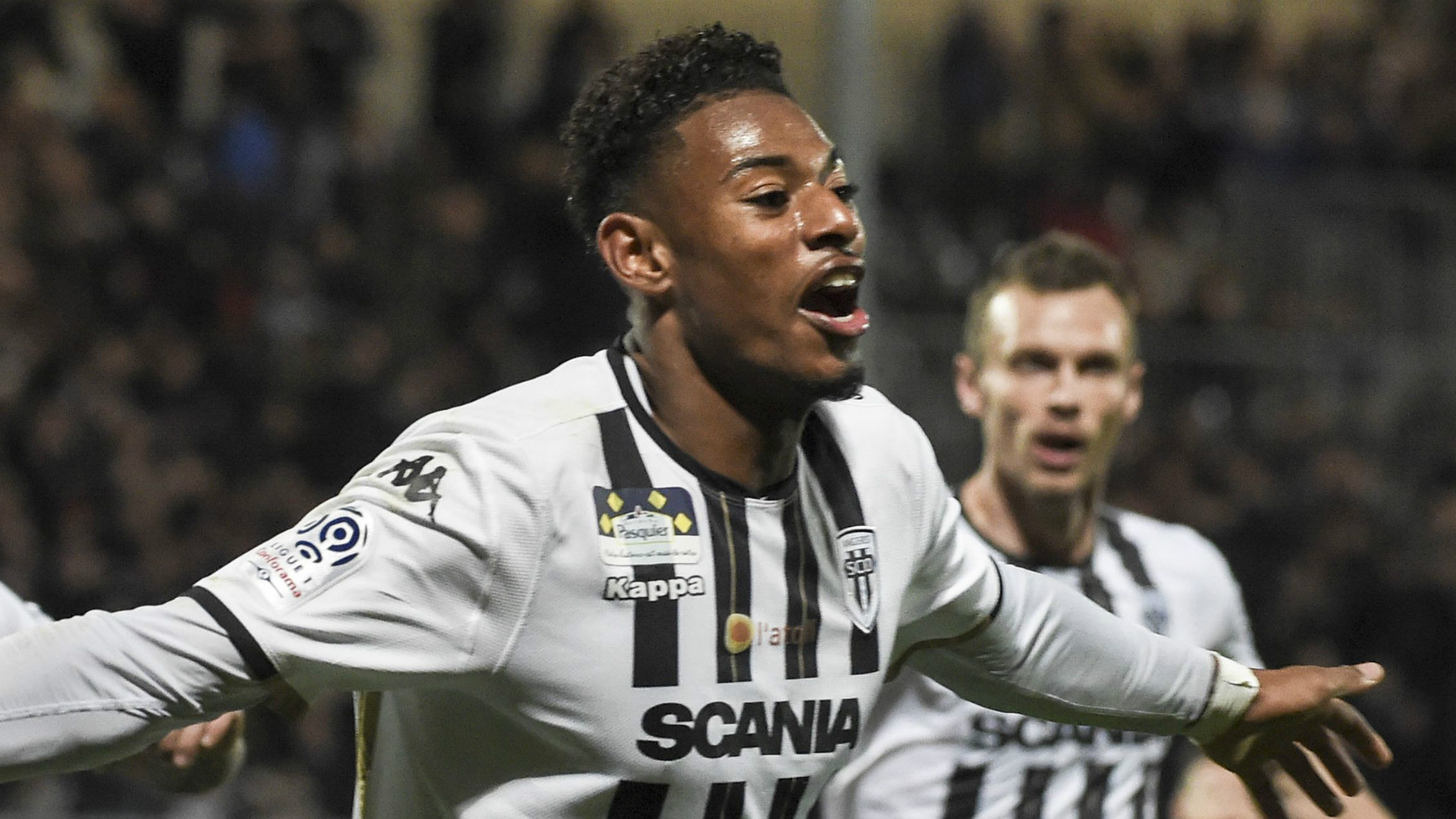 The 21-year-old left the Emirates Stadium after being deemed surplus to requirements last summer, but he has since thrived with Ligue 1 outfit Angers

Angers midfielder Jeff Reine-Adelaide has revealed that Unai Emery told him he wasn't needed at Arsenal when he took the managerial reigns in 2018.

The 21-year-old joined the Gunners in 2015 after beginning his senior career with Lens but made just eight senior appearances in his three years at the club.

The Frenchman was shipped off on loan to Angers in January 2018, before making his move permanent the following summer and has since managed to earn his stripes in his homeland.

Reine-Adelaide featured in 35 of Angers' 38 matches in Ligue 1 this season, helping the team comfortably avoid relegation with a 13th place finish.

He also contributed three goals and three assists, ultimately earning a place in the Les Bleus U-21 squad for the upcoming European Championships.

Looking back on his time at Arsenal, Reine-Adelaide believes he was never given the chance to prove himself, while also revealing that Emery sat him down to tell him he had no use for him at the Emirates.

"It is true that I would like to speak a little less of Arsenal. I was young. It was complicated," he told Goal in an exclusive interview. "There was so much competition that it was difficult to get into the coach's line-up.

"He [Emery] told me that the club did not rely too much on me. I took a blow, but Angers was on the lookout. It was a new chance, a new beginning. The train does not pass often and I was happy to get back in the right car."

The ex-Arsenal ace insists he has earned his spot in France's national set-up after a successful first year with Angers, which has seen him adapt to a central midfield role.

The young playmaker was previously deployed as a winger in north London, but he now operates as a playmaker in the middle of the park for Angers - a position which he feels suits him better.

"Of course. It's a reward. My season had started well, then I had a hole. I bounced back and today I am rewarded for my work. I invested a lot and it is the reward of a beautiful season.

"This is clearly the position I feel best. I started there when I was younger. After, I was on the wings, but for me, it is where I can most exploit my qualities best.

"I am a ball player and in the middle, it is we who dictate the game. We must do it wisely, helping our partners. We must defend as well. I especially like to command the tempo. I look a lot at professional players in this position, and some inspire me a lot."

Reine-Adelaide went on to name Manchester United's Paul Pogba as one his role models, along with former Arsenal star Abou Diaby.

"I watch a lot what Pogba does, with Manchester or in France," he added. "Before, there was also Abdou Diaby. He is a player who has always impressed me. He was one of the best at his job.

"There are plenty of others, but Pogba and Diaby are the two that I have watched the most because we have the same slender profile."

When quizzed on a potential transfer this summer, Reine-Adelaide also refused to rule out a move to a "big club" in the near future, responding: "We do not know what is happening tomorrow, but I would like to stay in France to continue moving up before, why not, joining a big club."