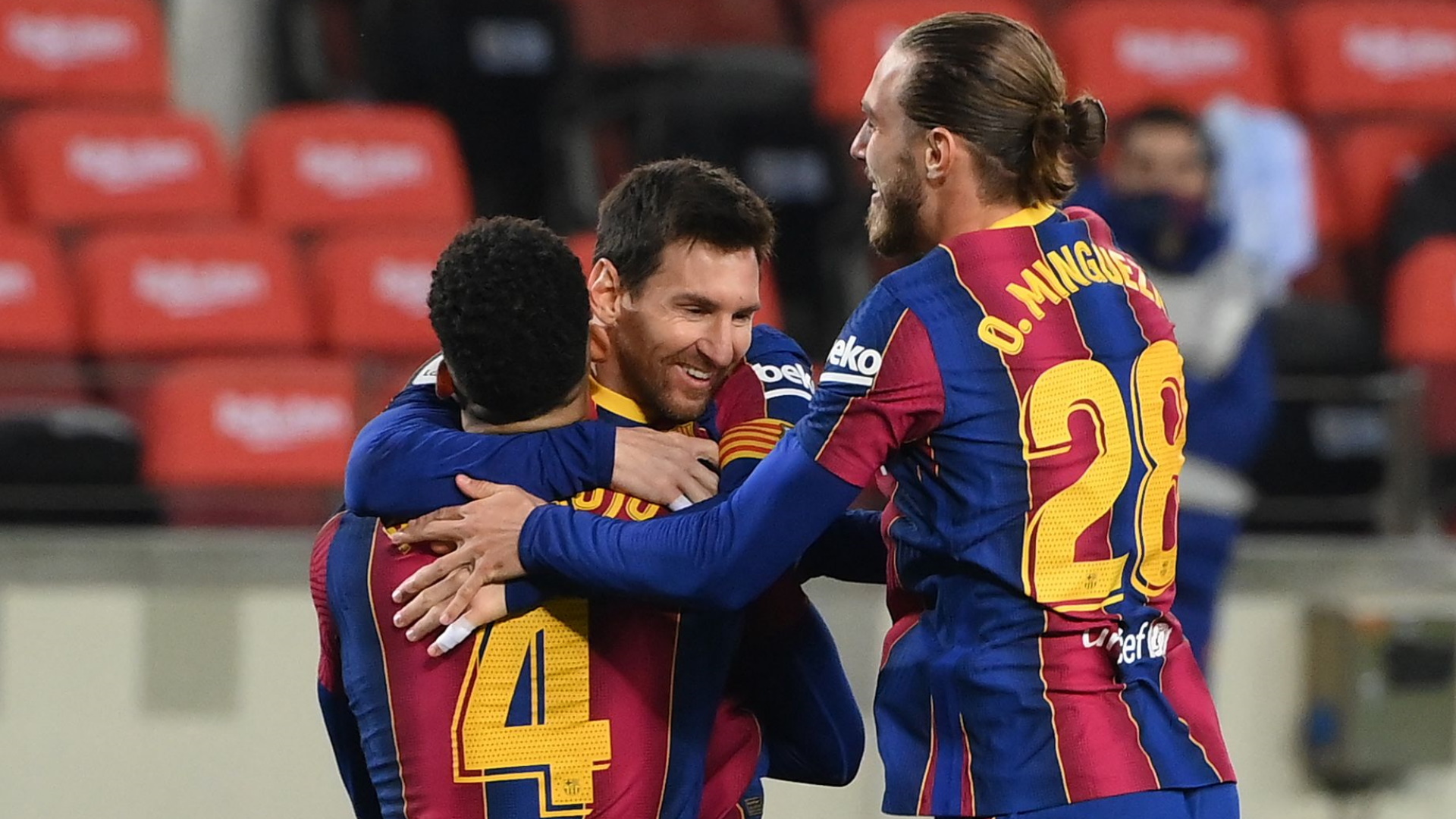 The Argentine has now won the award more than any other player in Primera history, but he is only thinking about regaining the title

Lionel Messi was presented with a record seventh Pichichi trophy on Monday, but insisted that he would trade in an eighth for the chance to win La Liga again.

The Pichichi, named for legendary Athletic sharpshooter Rafael Moreno Aranzadi, is handed out annually to the top scorer in Spain's top flight.

Barcelona star Messi and Cristiano Ronaldo regularly battled for the prize during the latter's time at Real Madrid, but since he departed for Juventus in 2018 the Argentine has won it on both occasions, most recently for his 33 goals across the 2019-20 season.

That seventh success took him clear of Telmo Zarra as the most frequent Pichichi recipient in history, but proved insufficient to avoid Madrid beating Barca to the title.

And with the Catalans some way off the pace in 2020-21, Messi, who has managed just six Liga goals to date, is in no doubt that the team must come first over his individual accolades .

"An eighth Pichichi? I don't know, nor am I thinking about it, it is not something I am worried or obsessed about," Messi told Marca upon receiving his latest prize.

"I would prefer to win La Liga before getting the Pichichi, we are fighting towards that.

"We are slowly growing. We struggled to get going in the league, nor did we deserve to drop all those points, we could have won several of those games, like at Alaves, Getafe, Real Madrid...

"We created a lot of chances, that would have changed the situation, but we have to put together a run of good games to get ourselves back at the top."

One of Messi's most memorable goals this Liga season came against Osasuna, when after netting the fourth in a 4-0 win he took off his shirt to reveal a vintage Newell's Old Boys top in tribute to the late Diego Maradona.

"It was a very special day, I was able to dedicate to him that little tribute I had prepared," Messi said of his celebration.

"Scoring that day is a nice memory and it was a very special day because of all the significance of Diego no longer being with us."

Barca, who currently trail joint-Liga leaders Madrid and Atletico by eight points, return to action on Tuesday away to Valladolid.