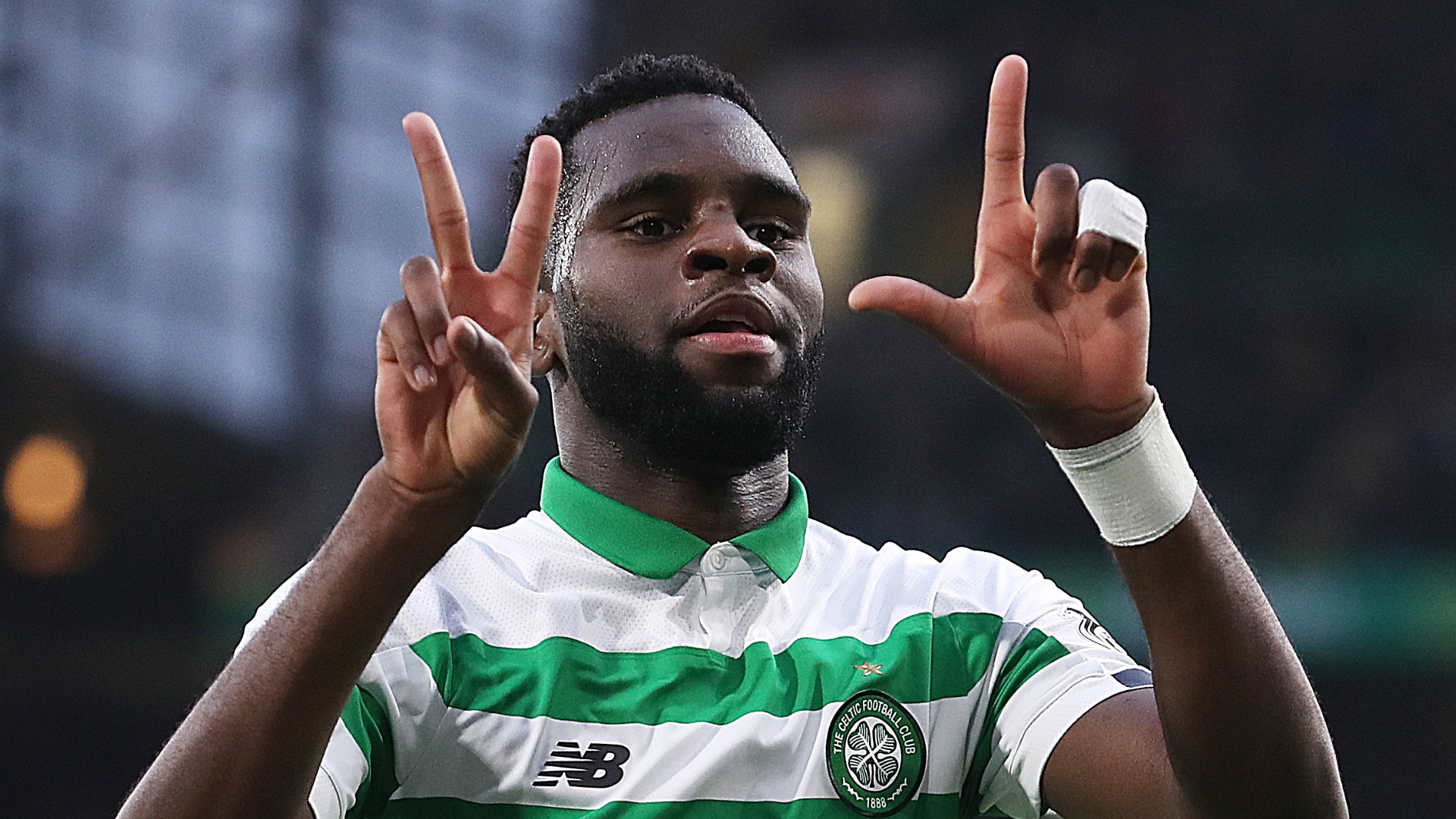 The Frenchman admits that he's found it "flattering" to be linked with the Gunners, but he remains committed to his duties with the Hoops

Odsonne Edouard has played down talk of a potential summer move to Arsenal, insisting he would "love to be a part" a tenth straight title win for Celtic.

Celtic were awarded the Scottish Premier League crown for a ninth successive year in May when the decision was taken to cancel all remaining fixtures due to the coronavirus pandemic.

The Hoops were 13 points clear of Rangers having played a game more than their arch-rivals, and Edouard picked up the Golden Boot after scoring 22 goals in 27 appearances.

Neil Lennon has confirmed that Celtic are trying to tie Edouard down to a new deal which will see him remain at Celtic Park beyond 2022, as a number of top clubs continue to be linked with the French striker ahead of the summer transfer window.

Arsenal have reportedly identified the 22-year-old as a possible replacement for Pierre-Emerick Aubameyang, who has been tipped to leave Emirates Stadium when the market reopens.

However, Edouard remains fully committed to Celtic at the moment, and hopes to get back on the pitch as soon as possible after seeing his progress interrupted by the Covid-19 crisis.

The forward said after being named the Scottish Football Writers’ Association Player of the Year: "Winning 10 in a row is very important for the club, the players and the fans. Of course, I would love to be part of it. No one knows what will happen in the future but I want to be a part of it.

“My first target right now is to play football again after so much time away from the pitch. I only set personal targets for myself once the season actually starts. At the moment, I am still under contract with Celtic and my priority is to get back playing again. In the future, we will see what happens.”

Edouard added on being the subject of interest from Arsenal: "It shows you are working hard and doing the right things as a player. It is flattering, but I just concentrate on trying to play well for Celtic. That’s what I am focused on at the moment.”

Edouard went on to express his delight after becoming the first French player in history to pick up Scottish football's top individual prize.

He said: “I’m very happy with the award. It shows I worked hard and had a good season. It gives me a lot of confidence for the future. The other three players on the short-list were not there by chance. It’s because they are real quality players.

“I’m very proud to be the first French player to win this award, I know how important it is.

“There were a lot of highlights for me during the season but the biggest one was winning the title for nine in a row. That’s the reason we play.”