Every season, teams work hard to get their hands on pieces of silverware, but do they have to give them back?

Football clubs traditionally display the trophies they have won in gleaming cabinets as a visual representation of the success that has been achieved over the years.

Trophy rooms are popular attractions in the stadiums of clubs such as Barcelona, Celtic and Liverpool, with fans flocking to get a photo with the various pieces of silverware.

On your next visit to the trophy room as you survey the polished displays, you might wonder if they are originals or replicas.

With that in mind, Goal takes a look at whether clubs get to keep the trophies they win.

When it comes to possession of trophies, different competitions have their own particular customs and an occasion may well arise when a club gets to keep a trophy.

Generally speaking, however, it is usually a case that a club keeps a trophy temporarily or else they are given a replica.

The winners of the Premier League get to keep the trophy for a limited period of time after they win it and are expected to return it to the league at least three weeks before the end of a season.

In actual fact there are two Premier League trophies - they are identical, with the reigning champions keeping one for a season and another which always remains in possession of the league.

While Premier League champions do not get to keep the trophy permanently, some competitions have had rules in the past which stipulated that the trophy could be kept in certain circumstances.

For example, from 1969 until 2008, a UEFA rule existed which allowed the European Cup/Champions League trophy to be kept by a team that won it five times or, alternatively, three times in a row. 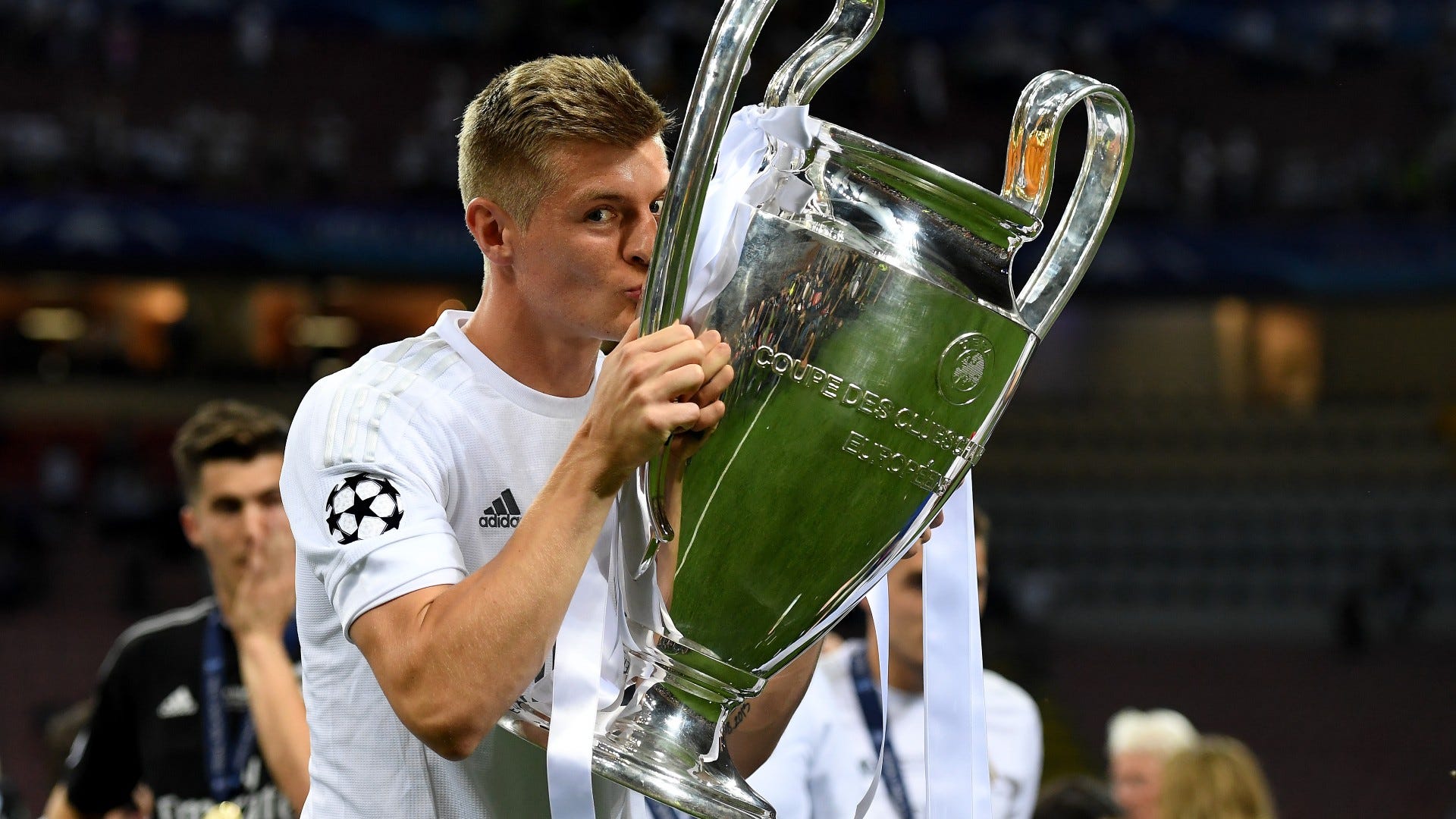 A total of five clubs have made the Champions League trophy their property as a result. Real Madrid, Bayern Munich, Liverpool, AC Milan and Ajax each have a version in their own trophy rooms.

That rule was changed ahead of the 2008-09 season and now UEFA keeps the original, with the Champions League winners now given a replica trophy instead.

As such, while Barcelona won their fifth Champions League title in 2015, they were not allowed to keep the original.

A similar situation to the Champions League applies to the World Cup trophy.

Brazil famously kept the original World Cup trophy - the Jules Rimet 'Victory' trophy - when they won the tournament for the third time in 1970.

Unfortunately for the Brazilian football federation (CBF), the trophy was stolen from them and never recovered, with suggestions that it was melted down by thieves.

Throwback to when Francesco Totti won the World Cup with Italy and just couldn't stop staring at the trophy 🤩 pic.twitter.com/cT5xLgNjcB

The rule which stipulated that a country could keep the World Cup trophy if they won it three times is no longer in place and, just as UEFA keeps the Champions League cup, FIFA now keeps the original.

However, every World Cup winner is given a gold-plated replica - known as a FIFA World Cup Winners' Trophy - for their trophy case.

The idea that winning a competition three times was enough to earn ownership was widely adhered to and applied in the early days of the FA Cup too.

Though it is no longer in place, Manchester City can say that they now own the FA Cup - the old trophy, at least - having purchased it at an auction in 2021.

"This cup is a visible reminder of the rich and long history of English football to which Manchester City is inextricably entwined," said City chairman Khaldoon Al Mubarak.

"Winning this actual trophy in 1904 was a turning point for the club and for the city of Manchester in that it firmly cemented football in the heart of its community."