Few footballers have a CV that can match up with the Portuguese winger's, whose journey from young dribbler to European champion took plenty of turns

When Nani was growing up, Portugal were experiencing their golden generation. They were semi-finalists at Euro 2000 and runners-up at Euro 2004. It was an era that featured international icons like Deco and Luis Figo, some of the best players to ever play the game.

It was something Nani could never dream of. Growing up in Lisbon, he hoped to someday reach the level of Deco and Figo, but surpassing their international accomplishments? He could never imagine that. He hoped to someday play for Sporting C.P., but lifting a Champions League title at Manchester United? That wasn't something he could picture. He expected to push through as a professional, but a career that brought him to England, Spain, Italy, Turkey and America? That was too much.

At the time of Euro 2004, as Greece's miracle run finished with hosts Portugal falling just short, Nani was a youth player at Sporting. Two years later, he was a full international, representing the same team as his idols. One year after that, he was at Manchester United, following in the footsteps of Ronaldo as the now-legendary forward was just starting to break into the world's elite.

It was at that time Nani learned just how close he was to reaching that level himself, but just how small the difference could be between good and great. It was also at that time that he became one of the faces of a new era of Portuguese stars as that golden generation faded out.

"Deco, I remember Maniche, Luis Boa Morte. My first days, I remember the most experienced players helped me a lot," Nani told Goal . "They were giving me advice, they were yelling at me every time I did something that wasn’t the best for the team, like when I was dribbling and not passing the ball at the right time. They were teaching me.

"I was very pleased for that moment because I learned very quick. After that, I could perform better and compete in the Premier League, in the Champions League much better. It was very helpful for me at that age."

Manchester United was a whole different animal. Just two years after making his debut, Nani made the massive leap from Sporting to United, among the best teams in the world. He moved to Old Trafford for a £22 million ($28.7m) fee and was instantly compared to fellow countryman Ronaldo, a player who had just won the PFA Player of the Year and was just one year away from winning his first Ballon d'Or. 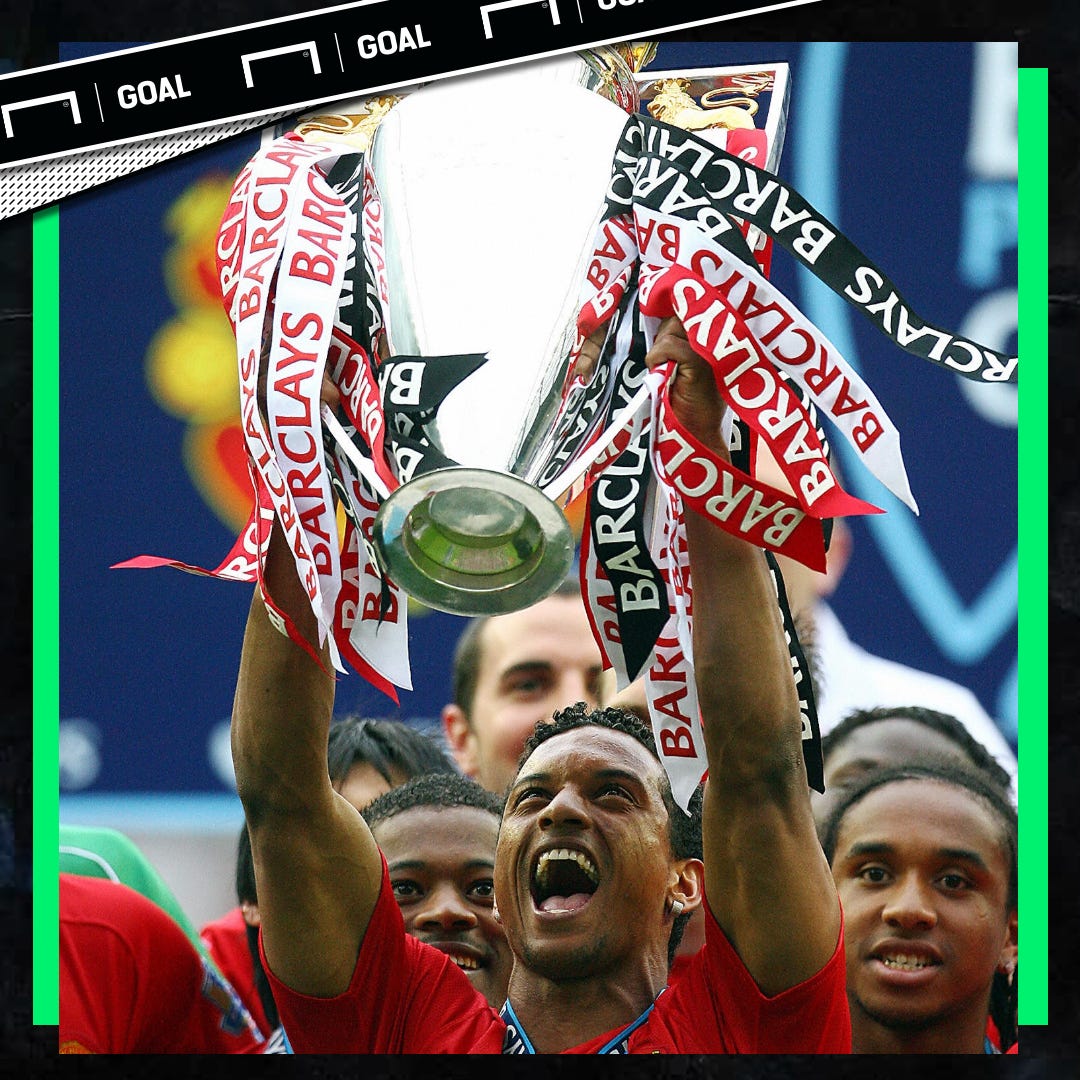 It was a big ask for a player that was just 21 years old, and Nani certainly needed time to adjust. He was still that natural-born dribbler from the streets of Portugal, and his flair and attitude led to Arsene Wenger famously saying that Nani had a "big head".

Those first few months at a big club are enough to break many players. Especially in recent years, it's easy to spot players that have struggled to adapt to the pressures that come with playing at Old Trafford and the difficulties that come from featuring in the Premier League.

But Nani stood out. Ronaldo, the player he was so often compared to, helped make the transition easy. During his first few months in England, Nani lived in a house alongside Ronaldo and Brazilian midfielder Anderson, who had made the move to Manchester from Porto the same summer. The Portuguese-speaking trio instantly connected, with Ronaldo playing the role of mentor and teacher for the two as they adjusted to their new home.

"It was easy to get along with them, Anderson and Ronaldo," Nani said. "When we moved to Manchester, Ronaldo offered his house for us to live with him for a few months until we knew better the city and got used to everything. Once we had our house, we could move, but that was the best thing because he was helping us with English, with the rules of the road and everything else.

"He was teaching us but, at the same time, it was a big competition inside of this house. We had everything there: a swimming pool, a ping-pong table, a tennis court. We were playing everything every day. We were competing to see who was the best and, at the same time, we were improving our physical conditioning. We didn’t notice, but after all these years, we know that all of those competitions made us better."

Nani went on to make 41 appearances in that first season as United won the Premier League and Champions League in 2007-08. He entered that final against Chelsea in the 111th minute, scoring a vital penalty in the shoot-out to keep United alive following a Ronaldo miss. It was the biggest moment of his career at that point.

Over his eight seasons at Old Trafford, Nani had plenty more big moments. He has four Premier League medals, two League Cups, four Community Shields and a Club World Cup on his CV. It's a trophy haul matched by few.

Nani's best years at United coincided with the final years of Sir Alex Ferguson's tenure. It was Ferguson that brought Nani to the club and it was Ferguson that morphed United into one of history's biggest powerhouses. Under him, they were probably the most dominant club in the world. 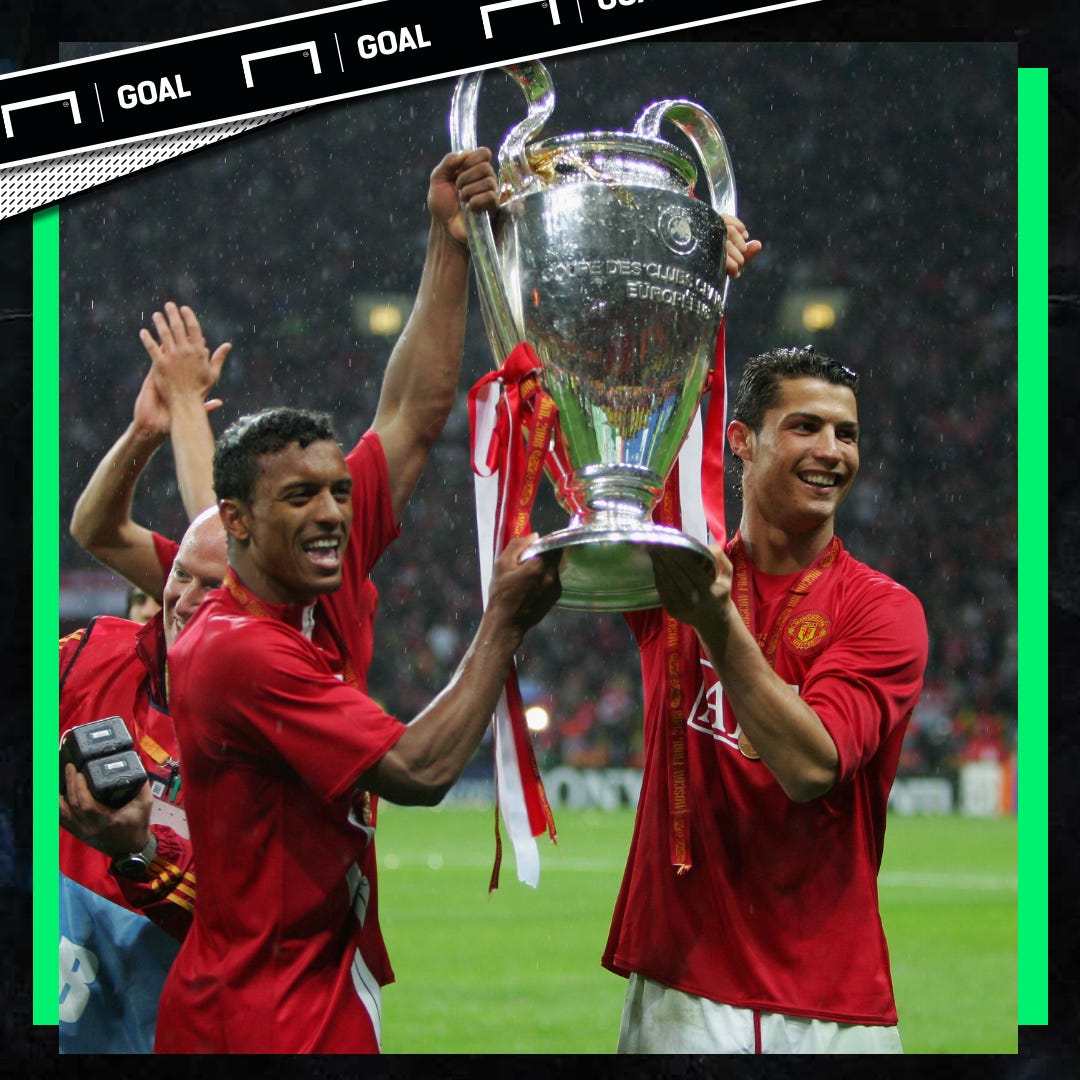 "I think the way he managed the club, the respect he got from everyone in the club, especially the players, everything he was saying everyone was agreeing with," Nani said. "Everyone believed in his words. If he comes in today and says, ‘Tomorrow we’re going to win 5-0 but we must do this and that, if we don’t do it we’ll lose the game, but if we do all these things I’m saying now, we’ll win 5-0 easily’. That happened so many times. He knew. It seemed like he knew, every single time, what the result would be."

Ferguson's biggest skill, as many have stated before him, was his ability to make every player feel involved. Every single player, from the starting striker down to the youth player on the bench, felt everything that it meant to represent United. They felt the pressure, the responsibility, the weight of pulling on that red shirt. They also felt the excitement that came with an unparalleled run of Premier League success.

Because of those successes, Ferguson is perhaps the most dissected and discussed manager of all time. Every player from that era has a Ferguson story. In fact, most have multiple. Every player can point to one day or one incident that defined an era. Nani, of course, has his.

"Ji-sung Park, I remember one game where he was not playing for three months and then arrived a very important game against Chelsea," he recalled. "He put him in that game, and he said, ‘Do you know why I’m putting Ji-sung Park in? Because I know he is the one that can handle what I want him to do.' He was the one doing the role that the manager asked and he was the one that scored the winning goal. That was beautiful, and everyone was very surprised."

And because of those reasons, because of all of those things that made Ferguson special, United have struggled to move on without him. And, after Ferguson left, Nani too hoped to leave the club and begin a new chapter , although that move didn't come to fruition at the time.

Nani was there for those initial stages. He was there for David Moyes' fateful season in charge at Old Trafford and Ryan Giggs' interim stint. He was there for the opening months of Louis van Gaal's tenure before the Portuguese winger returned to Sporting on loan. And now, as a fan of the club, he's watched from afar as United have lagged behind rivals like Manchester City and Liverpool in the push to become the Premier League's elite.

"I think it’s the mentality of the players," he said. "If you take a little bit about who were the players that played at our time, the age of the players, we had so many experienced players in our team. They were performing very well and they were producing a lot of quality inside the pitch and outside of the pitch.

"Otherwise, you cannot be in the team and you must be away and be in the stand watching the game." 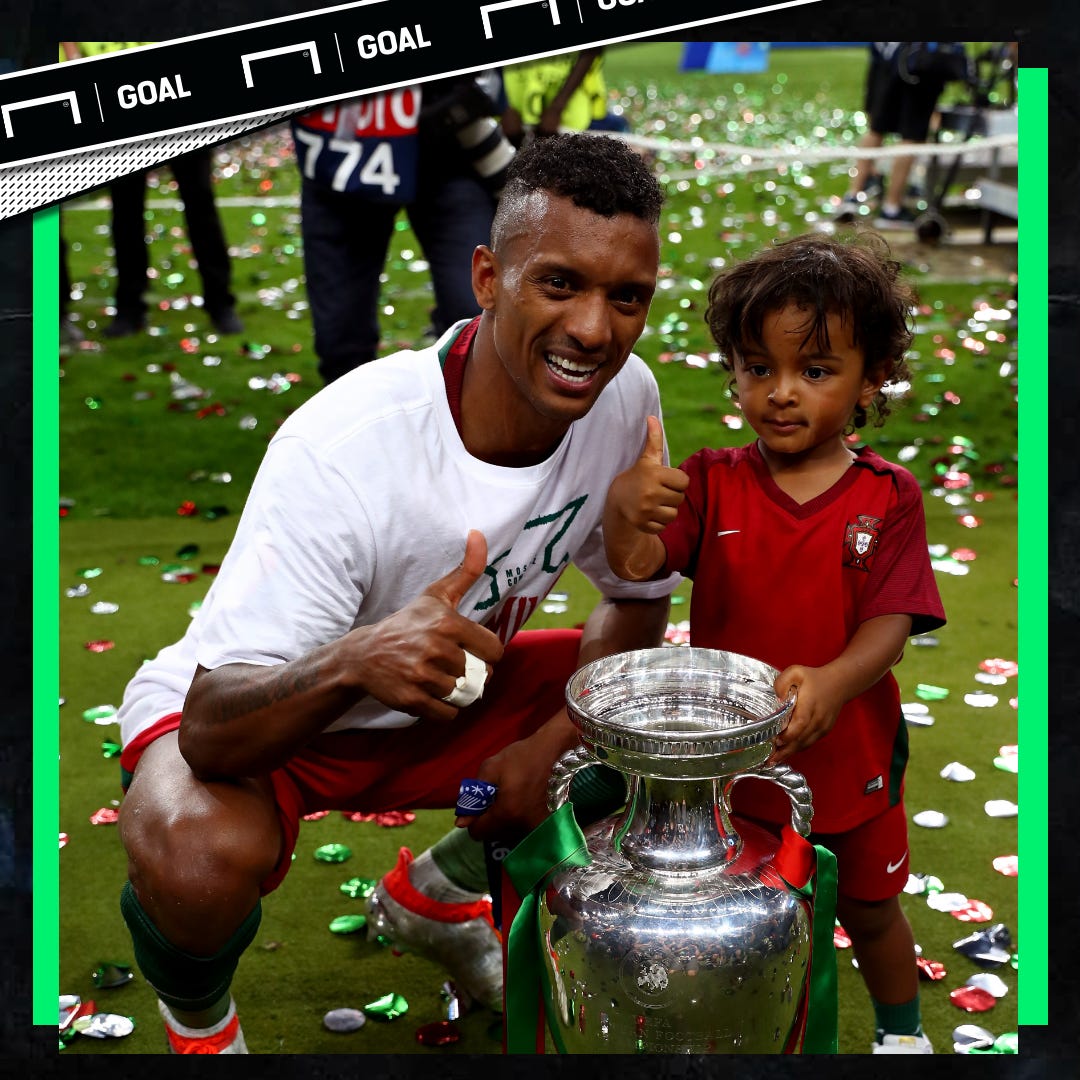 Like United as a club, Nani has changed in the years since departing Old Trafford. He went on to become a European champion, having won Euro 2016 as a member of the Portugal team. He now plies his trade in MLS, where he is likely the most recognisable European in the league . He's evolved from that young kid with the ability to embarrass a defender into a leader for club and country.

And there are still evolutions he wants to make. He hopes to earn one more chance at representing Portugal , especially with Euro 2020 around the corner. He hopes to serve as a mentor to his team-mates at Orlando City, a club that has perennially underachieved in MLS.

"Our country lives and breathes football," he said. "I grew up just focused on football, dreaming to one day be a superstar. I was dreaming of being in the position of Figo, Deco, to be on TV playing as a professional. That made me continue to dream and play every day in the street with my friends.

"I never lost my attention or my focus on what I was doing because I had a lot of friends that were doing different things, different roads. I just kept doing what I loved at the time."