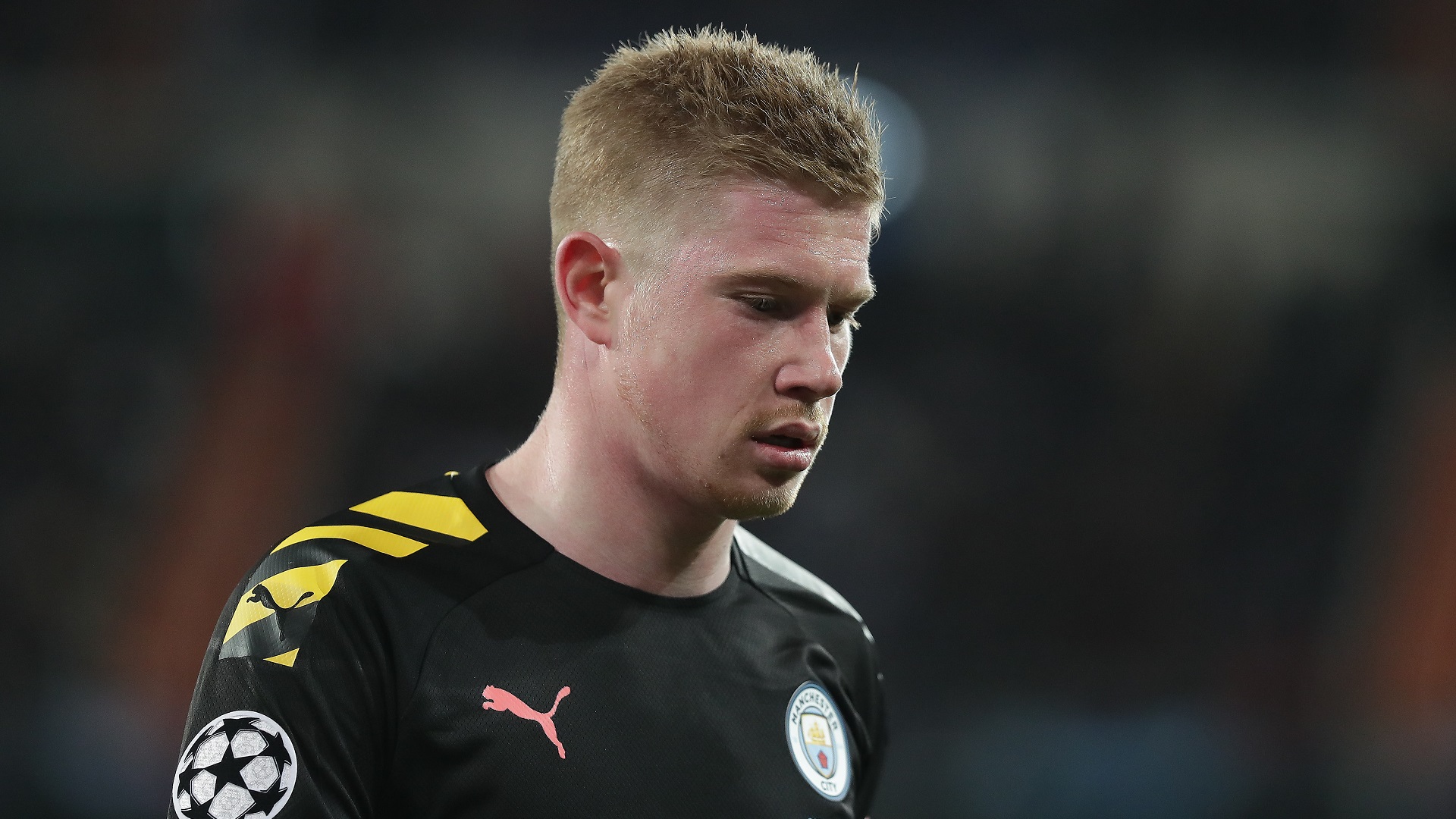 With the club potentially banished from continental competition until 2022, the Belgian is taking time to consider his options

Manchester City star Kevin De Bruyne admits that the outcome of his club's appeal against their Champions League ban could have big implications for his future.

City were found guilty of "serious breaches" of UEFA's Financial Fair Play regulations earlier in 2020 and given a two-year ban from European competition.

The club are appealing the verdict, although there is a backlog in the Court of Arbitration for Sport due to the coronavirus outbreak and a swift resolution is unlikely.

De Bruyne remains committed to City, but acknowledges that two seasons out of European football's biggest competition would be hard to stomach.

"The club has told us that they are going to appeal and that they are almost 100 per cent sure they are in the right. That's why I'm waiting to see what will happen.

"I trust my team. Once the statement is made, I will review everything. Two years [without European football] would be a long time. If it is one year I might see."

Manager Pep Guardiola is another City figure whose future is less than certain, but De Bruyne insists that his future does not hang on whether he stays or not.

"I think Pep said he will see out the last year [of his contract] anyway no matter what. Then his contract ends. But I'm not going to let my decision depend on what Pep is doing," he added.

"Of course I have already worked with other coaches and when Pep leaves, I have to continue working with someone else. But I haven't really paid much attention to that for the time being. There are more important things at the moment."

Real Madrid have long been mooted as a possible destination for the Belgium international, who is nevertheless unwilling to talk about a possible next move.

“In recent years, and before then too, there have been many teams who have enquired and may have asked about me. But to be honest, I'm very happy with City," De Bruyne explained.

"I play for one of the best teams in the world, I play in England - in my view the best competition - and I like that. It remains a challenge to be the best and I need that too.

"Whatever comes, comes. But it's not that I've tried to leave City in these past five years. I have also remained calm over previous transfers. I have never had any problems and have always waited for my moment. With respect, because I think you get most of it back. Even outside of football.”