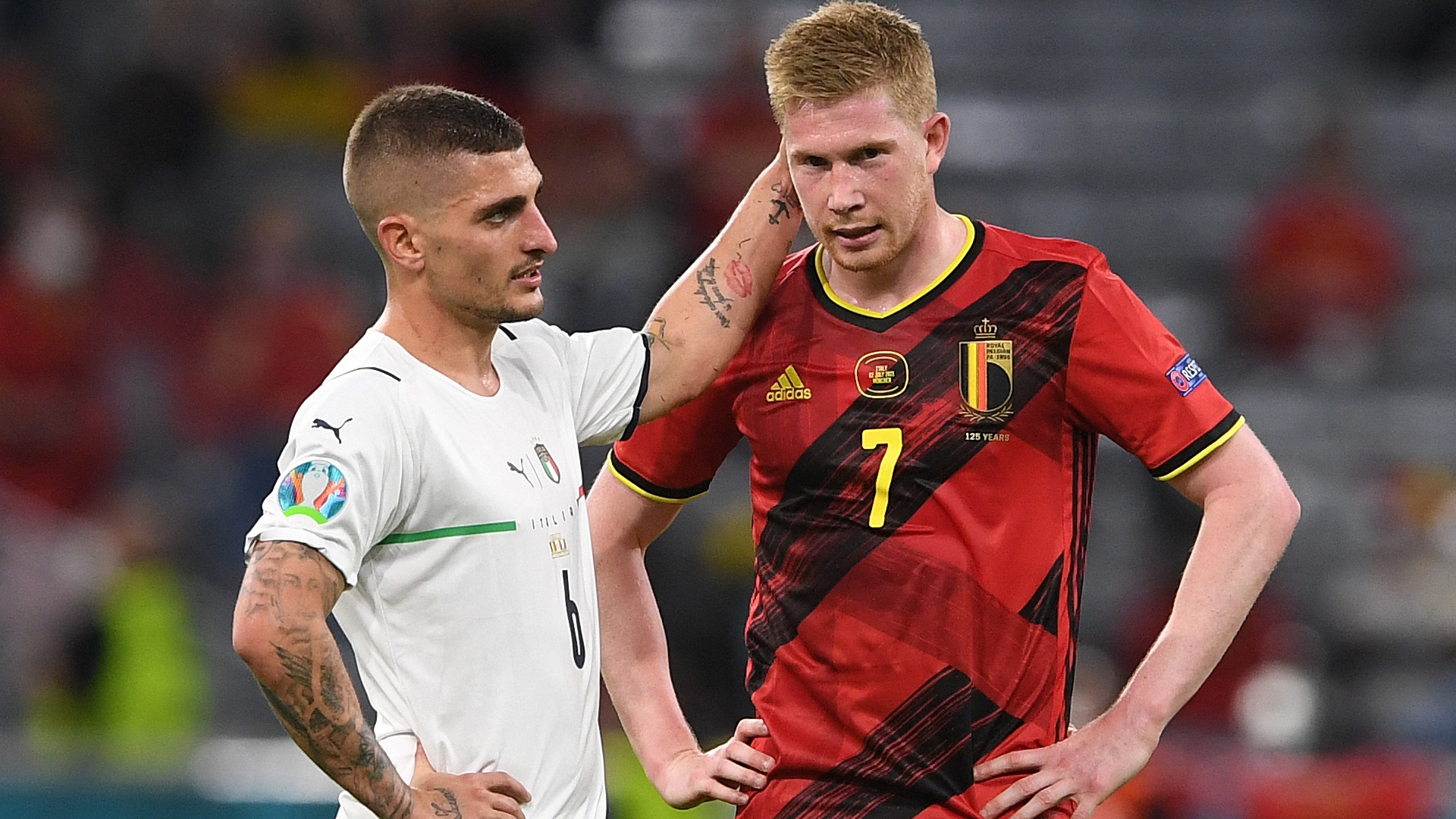 Kevin De Bruyne has revealed he played with torn ankle ligaments throughout Belgium's Euro 2020 exit to Italy, as the Azzurri emerged as 2-1 victors in the quarter-final clash in Munich.

Superb first-half finishes from Nicolo Barella and Lorenzo Insigne proved to be enough for Roberto Mancini's men to knock out the world's top-ranked side at Allianz Arena.

A Romelu Lukaku penalty at half-time kept Robert Martinez's side close throughout, but Belgium fell short in perhaps their final chance to hand their golden generation some much-coveted silverware - and now De Bruyne, an injury doubt pre-match, has confirmed that he was not fully fit despite featuring from the start for the Red Devils.

"For me personally it has been four or five weird weeks. But I especially want to thank the medical staff," De Bruyne said on UEFA.com.

"It was a miracle that I played today because there was definitely damage to my ankle. A tear in my ligaments. But I felt responsibility to play for my country today. Too bad I couldn't do more."

Further pressed on the overall result, De Bruyne added that he felt Belgium gave it their all in defeat, adding to BBC Sport: “I think we tried everything to win that match

“They scored a fantastic goal, but the first one may have been a mistake on our part.

“They had more possession, and the ball didn’t go in for us, which is a shame. Getting eliminated is always a disappointment.”

Goalkeeper Thibaut Courtois further expanded on his side's defeat, also telling BBC Sport: “This hits hard. But we knew it was going to be a tough game."

Referencing their own chances and Italy's two finishes, in particular Barella's impressively orchestrated solo finish, the shot-stopper further acknowledged that his team could have perhaps done better and that they were bested by a worthy victory in the end.

“We had two opportunities but their keeper made a good save and I think we gave the first goal away a bit too easily," he added. "It really could have gone either way, but Italy deserved to win here.”

De Bruyne's injury - sustained against Portugal - may well have been further worsened by his performance against Italy in Germany, and with his Euro 2020 campaign at an end, he will likely now return to Manchester City to await further assessment on his condition.

Belgium meanwhile will be forced to consider their standing after failing to transform their number one status in the FIFA World Rankings into a major honour, or at the very least another top-four finish following their third-place finish at Russia 2018.

Italy meanwhile march on to the semi-finals at Wembley, marking their furthest run in a major tournament since Euro 2012, where they will face Spain in a rematch of that competition's final nine years on.