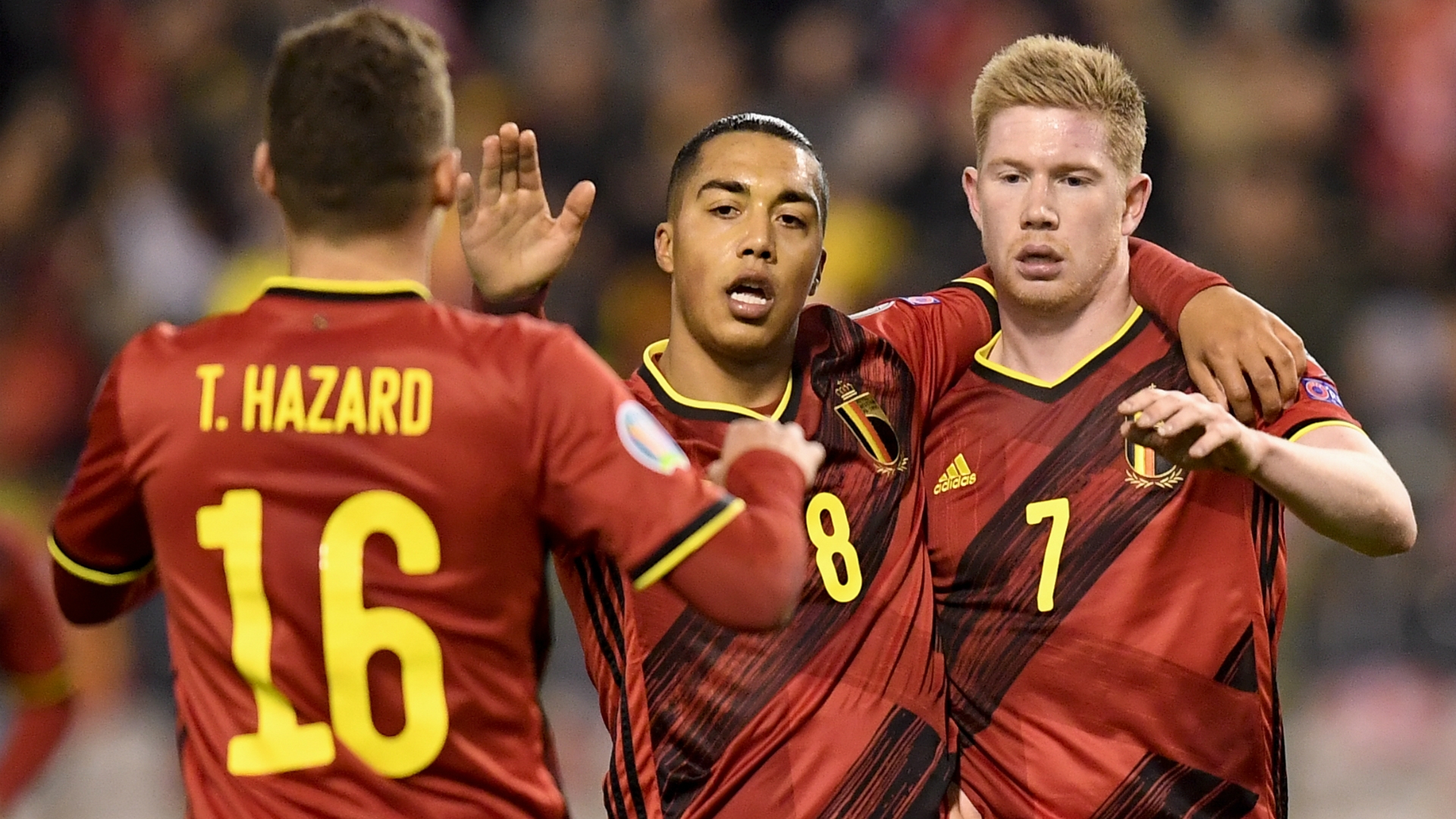 The pair form one of international football's most formidable midfield tandems with Belgium, with Tielemans affirming his colleague has "everything"

Tielemans, 23, joined Leicester City from Monaco in January 2019 and has quickly established himself as a key part of Brendan Rodgers' engine room.

He has featured in all but one of the Foxes 29 Premier League games to date, scoring three goals to aid their hunt for a spot in next season's Champions League.

At international level Tielemans has also struck up a promising partnership with De Bruyne, and he admits the Manchester City star is a huge influence on his game.

“At the minute, we have a lot of very good midfielders in the game and I just try and pick all the positives from all the midfielders around,” Tielemans told the Athletic.

“I really try and improve myself through watching others play. So, when I see another player playing I’m like, ‘Oh yeah, that’s something I need to improve’ and then I’m trying it in a training session.

“At the moment, I think the best in the Premier League is De Bruyne. He just stands out. He is the complete midfielder. He is physical and runs a lot.

"Technically, he keeps it very, very easy. Tactically, he is very good as well. He’s got everything.”

Rodgers has suggested that his young charge could himself go on to coach at a high level, a thought that might not go down too well in the Tielemans family.

“Don’t tell my wife that,” Tielemans joked. “She wouldn’t be happy about that.

"Whereas before, I understood everything that a manager asked me to do but I didn’t question why he had asked me to do that. So I was just doing it because he told me so.

“It would be way easier if every player would think and understand what the manager has asked him to do and not just do it because he was asked, but really understand it. If we all think the same, then we can only do great things on the pitch.

“Now I’m really thinking about it and asking questions if I don’t understand something. And, I think my tactical game has improved a lot under him and under Roberto Martinez as well with the national team. Those two have really improved me tactically and I learned a lot, and I still learn about it now.”

Leicester return to Premier League action on Saturday with a trip to Watford, as they look to consolidate their place in the top three with nine games remaining of the season.