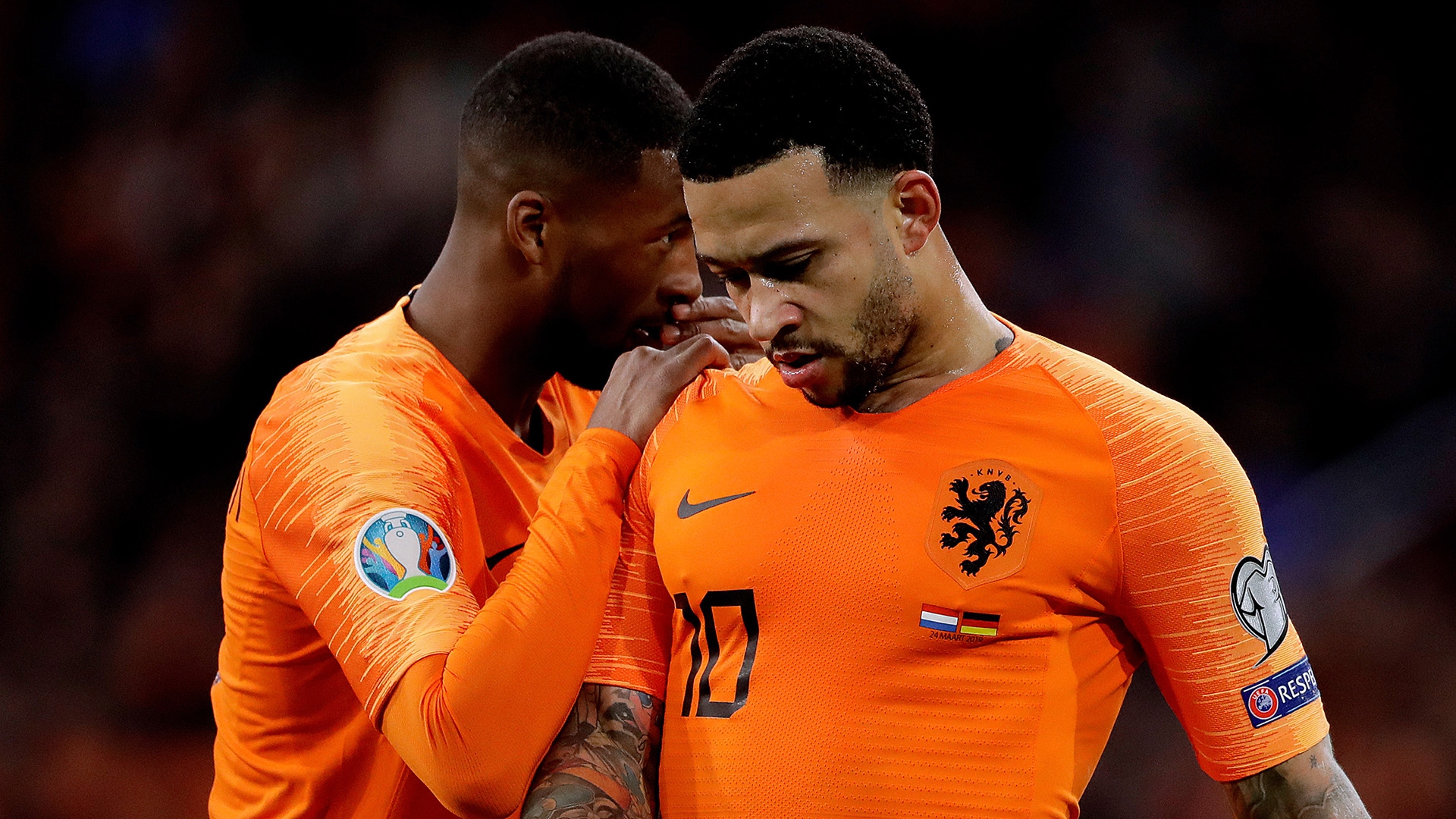 Ronald de Boer is confident Memphis Depay and Georginio Wijnaldum would fit in at Barcelona, but has warned Ronald Koeman not to sign too many Dutch players.

The Netherlands duo have been linked with moves to Camp Nou since Koeman was appointed as Quique Setien's successor at the Catalan giants this summer.

Indeed, Goal revealed on Friday that Barca remain confident of landing Wijnaldum from Liverpool before the October transfer deadline.

The Reds midfielder himself  has stayed quiet about the links to the Catalan giants , while 26-year-old attacker  Depay has suggested he is open to leaving Lyon in the near future.

Ex-Barcelona and Netherlands player De Boer is sure Wijnaldum would join the midfield together while Depay would impress in attack, but he fears the presence of too many Dutchmen could upset the dressing room.

"As a commuter, Wijnaldum could be the cement between the stones," he said to  Fox Sports.

"And Memphis really adds something individually, he can create something out of nothing."

De Boer himself followed his former Ajax coach Louis van Gaal to Barca in 1999, joining a large contingent of Netherlands players at the club which included his twin brother Frank, Patrick Kluivert, Michael Reiziger and Winston Bogarde among others.

With Dutch midfielders Frenkie de Jong and Ludovit Reis already there in the present day, De Boer fears Koeman could cause trouble if he brings too many compatriots with him.

"In our time you had the feeling that the Dutch-Spanish ratio was 50-50. There were 11 or 12 Dutch people in the team, including the technical staff," he added.

"In retrospect, that wasn't good. You really have to take that into account, you have to make sure that you don't just buy Dutch people."

He continued: "Of course, you also see this with German and Portuguese coaches, they also attract a lot of fellow countrymen to their clubs.

"As a coach, you attract players that you know well and who suit you well in terms of mentality and character. But it would be strong if Ronald Koeman gets a good player from the Spanish league."