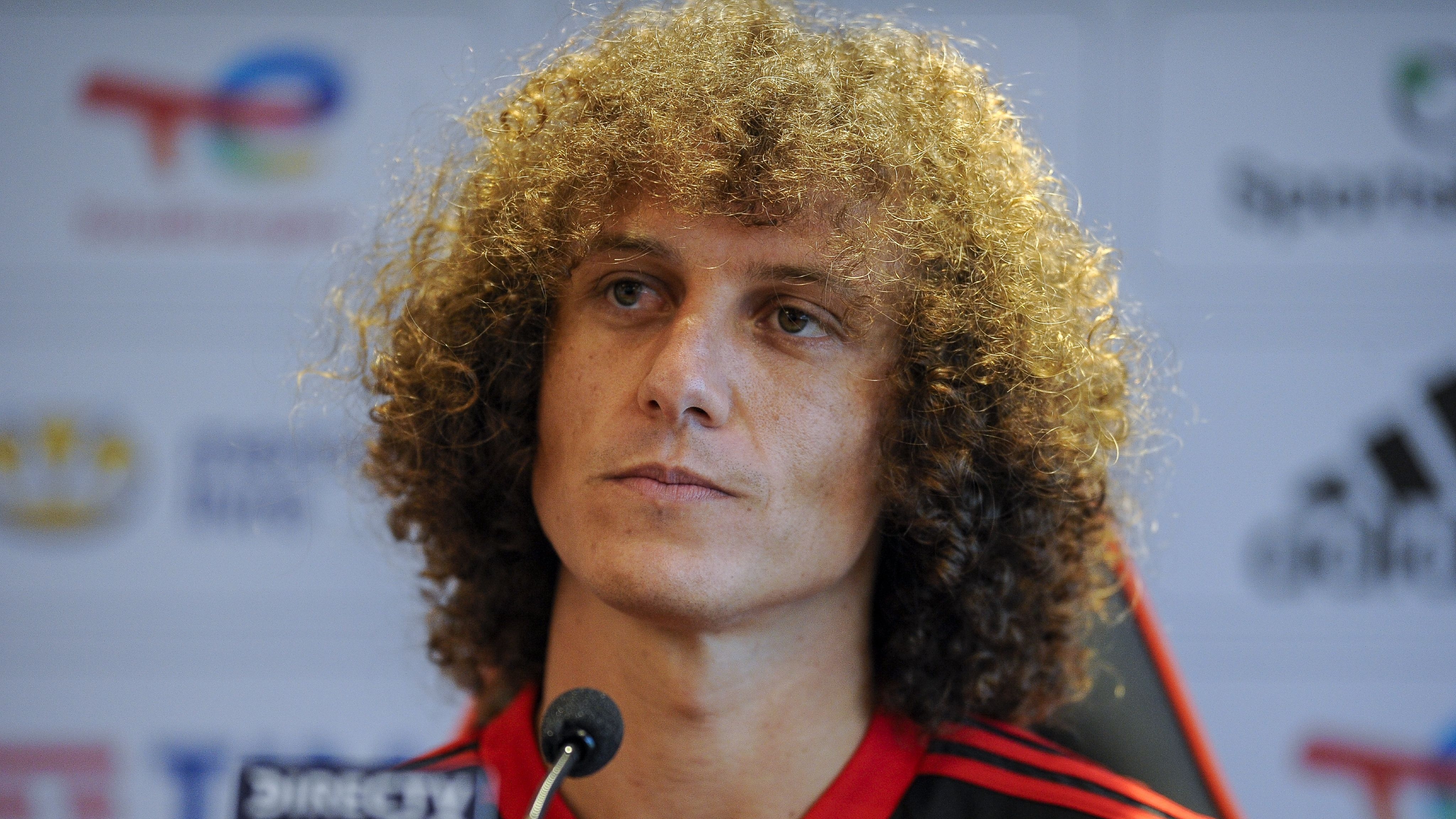 While most of Brazil's cash-strapped clubs are engaged in a battle merely to keep hold of their best players, two superpowers have embarked on a football arms race, spending heavily on big names in a bid to outdo one another for national and continental honours.

And now Flamengo, the Galo's direct rivals not just in Serie A but also, potentially, the Copa Libertadores and Copa do Brasil, have hit back with the arrival of David Luiz, on his way home after 15 years at some of Europe's top clubs.

Luiz, 34, was presented as a Flamengo player on Monday to put an end to weeks of negotiations and speculation over his next move after leaving Arsenal. Even if the flamboyant centre-back is perhaps not quite the player he was at his prime, there was still plenty of competition for his signature.

According to reports in Brazil, his ex-Paris Saint-Germain boss Laurent Blanc offered Luiz a lucrative two-year contract in Qatar while he also apparently fielded calls from West Ham, Everton, Lazio, Marseille and even Real Madrid, as Carlo Ancelotti sought a top-level experienced defender to fill the gap left by Sergio Ramos.

Ultimately, though, there was no place like home for the veteran. “I had a few different scenarios where I could have picked a quieter, more peaceful life, but I like to follow my heart,” Luiz signalled at his presentation. “This is another big challenge in my life. I felt during my tour that this is what I always wanted, it gives me the air I breathe.

Luiz will certainly be tested to the limit in his new home. Sunday's clash with Gremio – which could see the defender make his debut, although coach Renato Gaucho may choose to give him more time to acclimate given that his last competitive game came more than four months ago – marks the start of a gruelling run of four matches in 10 days, including both Libertadores semis against Ecuador's Barcelona.

The ex-Gremio boss has revitalised Flamengo since taking over from Rogerio Ceni in July, winning 14 of his first 16 outings to mark the best-ever start for a coach in the club's history.

That form has revived the Rio giants' hopes of claiming their third-straight Brasileirao title and also earned last-four berths in both the Libertadores and Copa do Brasil, leaving open the possibility of an incredible quadruple win by the end of 2021 with the Carioca state title already in the bag.

A squad packed with talent – Renato boasts Brazil stars Gabigol, Everton Ribeiro and Rodrigo Caio as well as Uruguay ace Giorgian de Arrascaeta and grizzled, solid performers such as Diego Alves, Filipe Luis and the wonderfully elegant playmaker Diego – will only be boosted by Luiz's own singular abilities for this exhaustive final stretch of the season which comes to an end in December.

Luiz too has every motivation to succeed, and more so back on home soil.

Perceptions of the defender, despite all of his European achievements, have been forever coloured by that horror show in the Mineirao during the 2014 World Cup, when relentless Germany left him in tears as they destroyed Brazil 7-1 in front of their own shell-shocked fans.

Luiz became the reluctant face of that defeat, a fact that took its toll on the player. He told Benfica's official Youtube channel in 2020: “A lot of people hid after the 7-1 to Germany and did not show themselves. They wouldn't take responsibility and I bore the burden by myself for a long time.

“Until that game I might have been the best player at the World Cup, or in the top three. That game was a disappointment for us all.”

Luiz's international career never really recovered from that humiliation, and he drifted in and out of the set-up before Tite's arrival in 2016 effectively spelled the end of his Selecao aspirations.

Despite having played just one single game under the current coach, however, he is not giving up on the dream of playing his way back into contention in time for next year's Qatar 2022.

“If a footballer does not have the ambition of defending his country, he is in the wrong profession,” he added at his presentation. His new coach, meanwhile, is in no doubt over his talents, telling reporters: “[Luiz] is vital, logically, a world-class player, good enough for the Brazil national team.

“I don't need to make a big deal about it, he is better than most.”

Tite has shown time and again his willingness to take the best players from Serie A into consideration, with Luiz's new team-mates Ribeiro and Gabigol fixtures in the Selecao and even the veteran Hulk earning a call-up in September amid mass withdrawals from the Premier League.

The next few months, then, will be key for the defender, who at the very least will have the chance to add three new trophies to his already healthy collection and become in the process one of the few men to boast both Champions League and Libertadores titles, joining a club that includes the likes of Ronaldinho, Neymar and Carlos Tevez.

Perhaps even more importantly for the much-maligned centre-back, he can also prove local detractors that the 7-1 meltdown should not define him as a player, and finally redeem himself in Brazilian eyes seven years after that devastating catastrophe.

One thing is for certain: with Luiz in tow there is rarely a dull moment, and his unique skills will be as fascinating to watch in Flamengo as they have been throughout his career.