The PSG right-back hobbled off with a knee injury on Tuesday, sparking fears the Brazil international could be ruled out of the tournament in Russia

Dani Alves suffered a World Cup scare on Wednesday as a knee injury sparked fears he could miss Brazil’s trip to Russia next month.

The PSG right-back was withdrawn from his side’s 2-0 Coupe de France final victory over 2-0 Les Herbiers on Tuesday with ligament damage, causing panic for coach Selecao Tite and his staff.

However, on Wednesday a spokeman for the player confirmed he is not at risk of missing the World Cup, with an expected recovery period set at around 21 days. 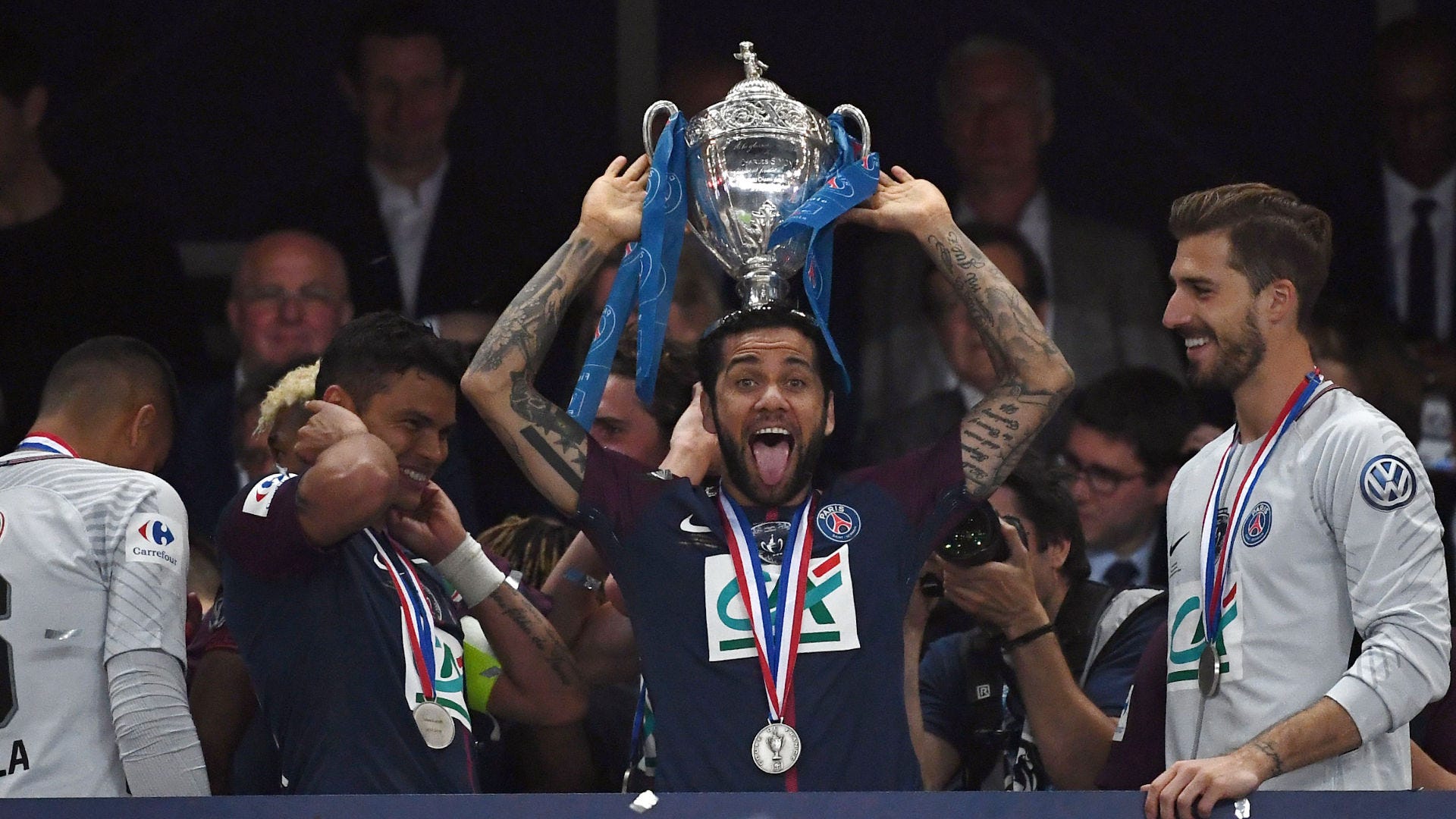 "His condition requires a minimum of three weeks of care before re-evaluation."

On Monday, Tite will name his Brazil squad for World Cup 2018.

The players are due to report for training in Brazil on May 21, with pre-tournament Brasil Global Tour friendlies against Croatia and Austria set for June 3 and June 10 respectively.

The Selecao kick-off their World Cup campaign on June 17.