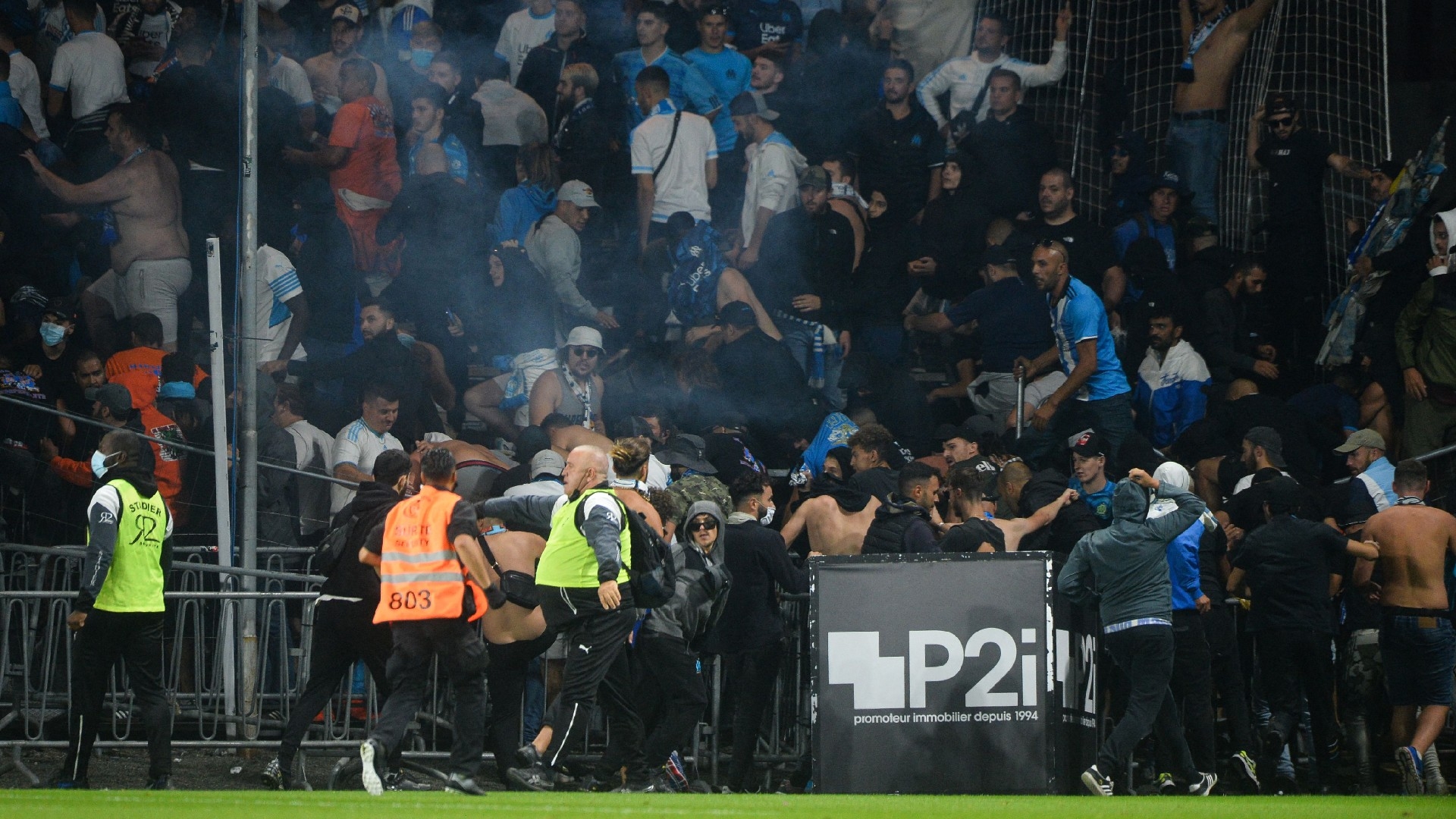 Another Ligue 1 match has been impacted by crowd troublen with Marseille's clash against Angers the latest game to be marred by fan behaviour.

Towards the end of Marseille's 0-0 draw with Angers at the latter's home stadium, the Stade Jean-Bouis, away fans invaded the pitch during a brawl with home supporters.

The incident is the latest featuring crowd trouble in France's top-flight as supporter behaviour has become a big problem throughout Ligue 1.

Wednesday's incident comes after two separate fan-related situations.The first and most prominent incident of the season came in August and once again involved Marseille.

On that day, Marseille's clash with Nice was abandoned with the visiting club refusing to emerge from the dressing room after Nice fans invaded their pitch.

The pitch invasion sparked a brawl, with Marseille players being hit with objects in the lead-up to the chaotic fight, prompting Dimitri Payet's response after being struck near the corner flag. Fans then stormed the field, forcing the match to be abandoned due to the chaos.

Nice were punished with a point deduction, while several Marseille players and staff, including Payet, were also sanctioned.

Prior to Wednesday, the most recent incident came in the derby between Lens and Lille last weekend. The two rivals went into half-time drawn at 0-0 after a tense opening 45 minutes, but were then forced to wait in order to restart the match as crowd trouble caused a temporary delay.