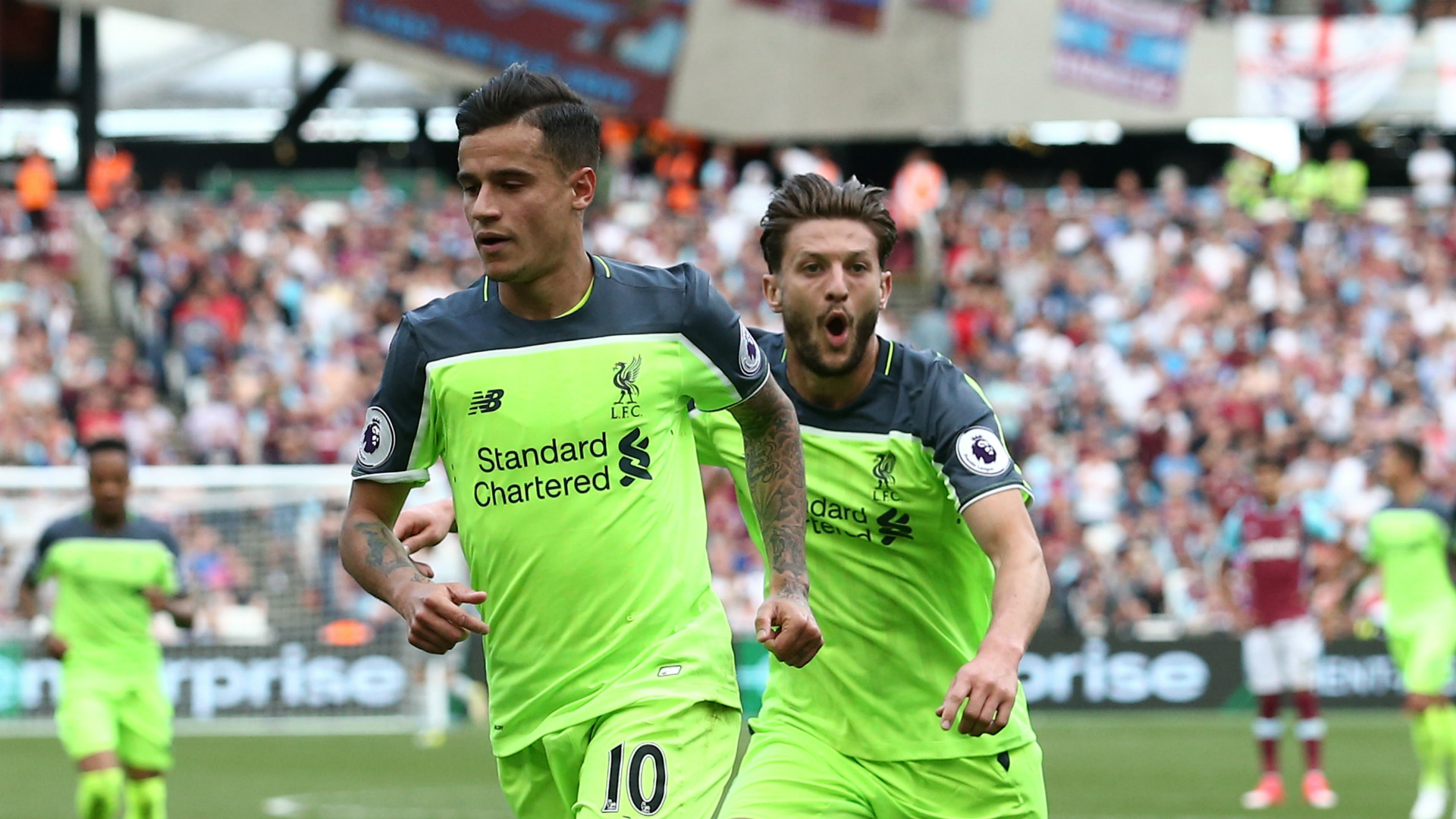 The Brazilian forward has been in impressive form for the Reds over recent weeks, with his exploits sparking further talk of interest from Barcelona

Philippe Coutinho is a “special” player with the ability to produce “moments of magic”, says Liverpool team-mate Divock Origi.

The Brazilian enjoyed a bright start to the 2016-17 campaign, only to then see an untimely injury stunt his progress.

Coutinho's tricks a treat for Reds

Consistency was lacking once Coutinho returned to full fitness, but he has played his way back into form and starred again for the Reds as they eased past West Ham in their latest outing.

Origi has now taken the opportunity to pay homage to his talented colleague, with it easy to see why he continues to be linked with a big-money transfer to Barcelona.

"He has moments of magic," the Belgian striker told reporters.

"I think he has a lot of talent. He's a top player and an experienced player, and he's still only 24, so I think that's very special.

Wijnaldum: CL is just the start

"He helps us a lot. He's there in the big moments and for me, he's a joy to play with."

While Coutinho’s future continues to be called into question, so does that of Daniel Sturridge.

The England international has struggled for regular game time this season, but he was also among the goals against West Ham and Origi considers him to be an important part of Jurgen Klopp’s plans.

He added: "Daniel, as well, is a big talent and of course he has experience.

“I always enjoy playing alongside him. He showed his qualities again for Liverpool and he's very important."

Liverpool have just one more fixture to take in this season, at home to Middlesbrough on Sunday, and will be hoping to see that contest cement them a top-four finish in the Premier League and qualification for the 2017-18 Champions League.