'Coutinho was good but Sturridge was a joke!' - Former Liverpool defender on Alexander-Arnold, Lijnders and Champions League madness 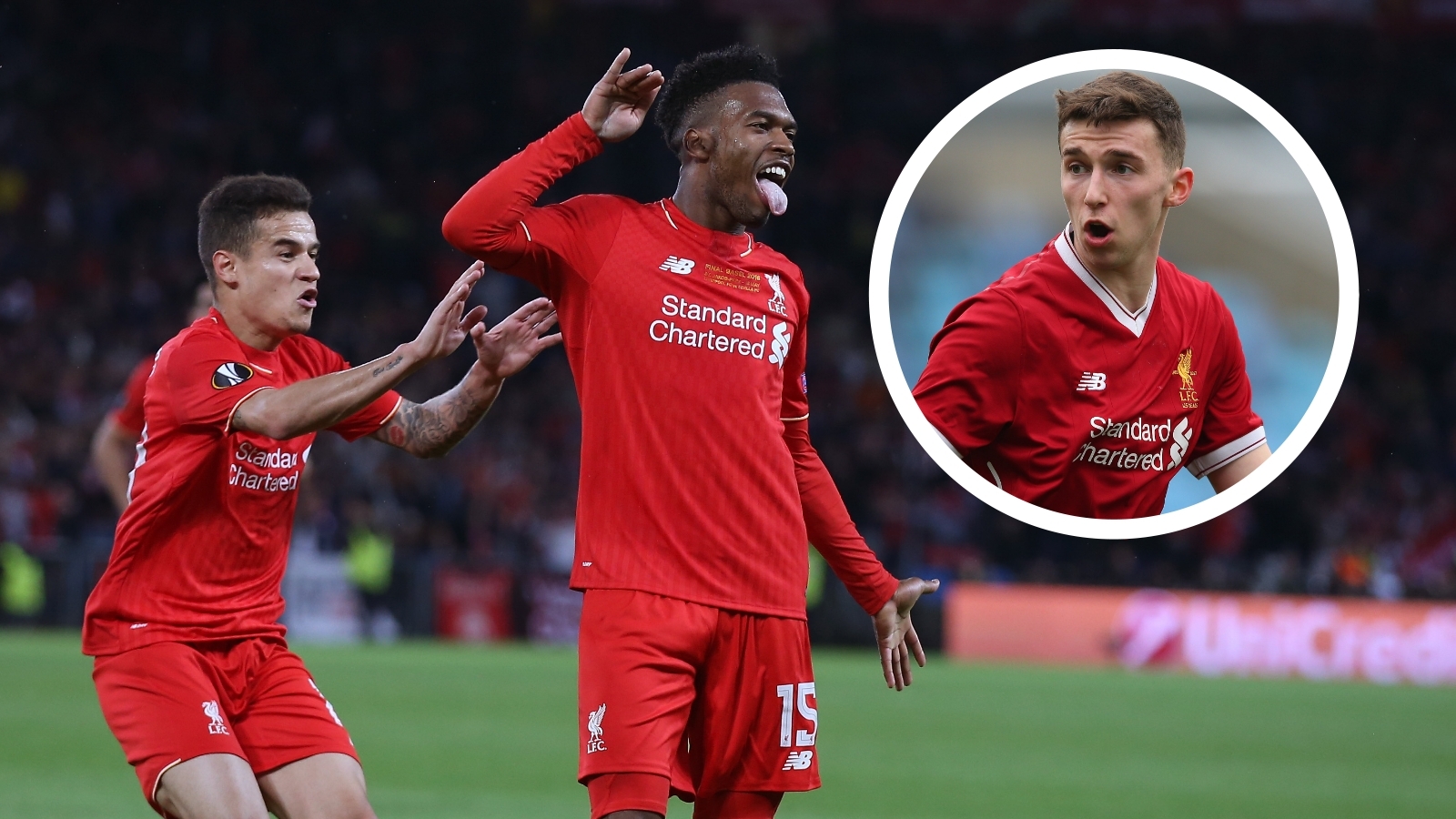 Conor Masterson spent five years at Anfield, and is now plotting his way through the Championship with Queens Park Rangers

It is the noise which Conor Masterson remembers more than anything.

“Crazy, man!” the Queens Park Rangers defender tells Goal, casting his mind back to the spring of 2018.

“You’re stood there looking round, trying to stay calm and take it all in, but it’s just like ‘oh my days!’ you know?”

Masterson was just 19, and without a senior appearance to his name, when he found himself on the substitutes’ bench for Liverpool in a Champions League quarter-final.

It was some night. Pep Guardiola’s Manchester City, the soon-to-be centurions and Premier League champions, were the visitors to Anfield, beaten 3-0 as the Kop roared and Mohamed Salah, Alex Oxlade-Chamberlain and Sadio Mane sparkled.

Masterson never made it onto the field that balmy April evening, but he will never forget what he witnessed, and what he felt.

“It’s the best night of my life,” he says now, more than two-and-a-half years on.  "Obviously I hope to have a long and successful career, but I’ll be surprised if I ever experience anything like that again. It was unbelievable.”

A few days later, Masterson was on the bench once more, this time at Goodison Park in a Merseyside Derby. Again, he remained unused, watching on as a low-key affair ended goalless.

“I was desperate to get on that day,” he remembers. “Against City you’re thinking ‘hmm, maybe this is a bit too much for me!’, but at Everton it was just like ‘get me on!’

“Even a few minutes at right-wing or something, that would have done me!”

Instead, Masterson’s abiding memory is of being approached by Seamus Coleman, the Republic of Ireland captain, after the game.

“He was great with me,” he says. “He gave me his shirt and said I was doing well, and that he hoped to see me in the national team soon. That meant a lot to me as a young lad.”

Masterson had joined Liverpool on his 16th birthday in 2014, having been spotted playing for Lucan United, a local team near his home in Celbridge, a few miles west of Dublin.

He’d had trials elsewhere, notably at Aston Villa, Manchester City and Manchester United, but when Clifford Ferguson, the Reds’ lead scout in Ireland, invited him to Merseyside, the decision was an easy one.

His father, Ciaran, was a West Ham supporter, but Conor had grown up a Liverpudlian, idolising Steven Gerrard.

“My dad’s been converted now!” he laughs.

At Liverpool’s academy, Masterson’s team-mates included Ben Woodburn and Ovie Ejaria. There was also a slender midfielder with a short fuse and a remarkable range of passing.

Whatever became of Trent Alexander-Arnold?

“Trent was a hot-head back then!” laughs Masterson. “But what a player. He played in midfield, but when we went up to the Under-18s the coaches decided that his best pathway was going to be at right-back.

Coaches remember Masterson fondly, as a centre-back of considerable talent, a good passer and an excellent reader of the game. “A Rolls Royce,” is how Phil Roscoe, the academy’s player care manager, describes him.

Masterson fitted in well. He adored working, albeit briefly, under Pep Lijnders at U16 level.

“He’s the best I’ve coach ever had, and I’ve had some good ones,” he says of Lijnders, who now acts as Jurgen Klopp's assistant with the first team.

“Pep’s love for the game is immense. He got the best out of me. Every day I’d be going into training thinking ‘this is gonna be good’. He put on sick sessions!

“Obviously Klopp is the main man at Liverpool, but Pep is a huge reason why they have reached the levels they’ve reached. What a coach, man.”

Masterson would captain Liverpool’s U18 side, and would soon be invited to train with the senior team at Melwood by Brendan Rodgers.

There, he was left open-mouthed by what he saw – and by the ability of one player in particular.

“Daniel Sturridge, man!” he says, incredulously. “He was just a joke. He ripped everyone apart.

“[Philippe] Coutinho was good, but Sturridge was on another level. He was so sharp, he had pace, he could finish, he had skill, he could do everything.  He stood out a mile to me.”

With Rodgers soon replaced by Klopp, Masterson would be on the bench for Liverpool’s first team for an FA Cup tie at Exeter City in January 2016; a night when Christian Benteke captained the side and the centre-backs used were Jose Enrique, Tiago Ilori and Joe Maguire.

He trained regularly at Melwood under Klopp, and so witnessed the evolution of the side which has gone on to achieve such success at home and on the continent.

“You just felt it,” he says. “The whole atmosphere around the team grew. Everyone was getting more confident – the players, the staff, the supporters. The level just kept going up and up.”

Masterson, unlike his old pal Alexander-Arnold, was never quite able to make the jump. He appeared on the bench three times but never managed to get on. He was released by Liverpool at the end of the 2018-19 season.

“I only have fond memories of my time there,” he says now. “Maybe if I hadn’t got an injury at the wrong time, things might have been different, but you can’t think like that.

“I was meant to go to America with the first team for pre-season [in 2018], but I did my knee and needed an operation. It wasn’t meant to be. You move on. No regrets.”

He joined QPR after his contract expired, adapting well to life in the Championship. He made 14 appearances in his first season, and in September was rewarded with a new three-year contract.

“I wanted to play first-team football,” he says. “I needed to kick on and play men’s football.

“It’s intense, but I’ve really enjoyed it. It’s more physical, and more demanding, but that’s what I wanted. I want two or three games a week, I want to play every game I can, so that’s no issue.”

He still keeps a close eye on Liverpool, of course. He loves watching Alexander-Arnold and Curtis Jones shining for the first team. As we speak, he is preparing to watch those two – plus the emerging centre-back Rhys Williams – play against Atalanta in the Champions League.

“They deserve it man,” he says. “They’ve worked so hard. To play for Liverpool…you don’t get there if you don’t deserve to.”

For himself, the aim is simple; to nail down a regular place at QPR, and hopefully to make the jump into the senior Irish side under Stephen Kenny, his old coach with the U21s.

“A lot of young players have been getting chances and hopefully I’m the next one!” he says. “It’ll be a proud day if I can play for my country.

“But I just want to keep working at QPR. I’m grateful for the opportunity they’ve given me, and I want to repay that.

“And who knows, hopefully one day I can get back to the level of Liverpool…”