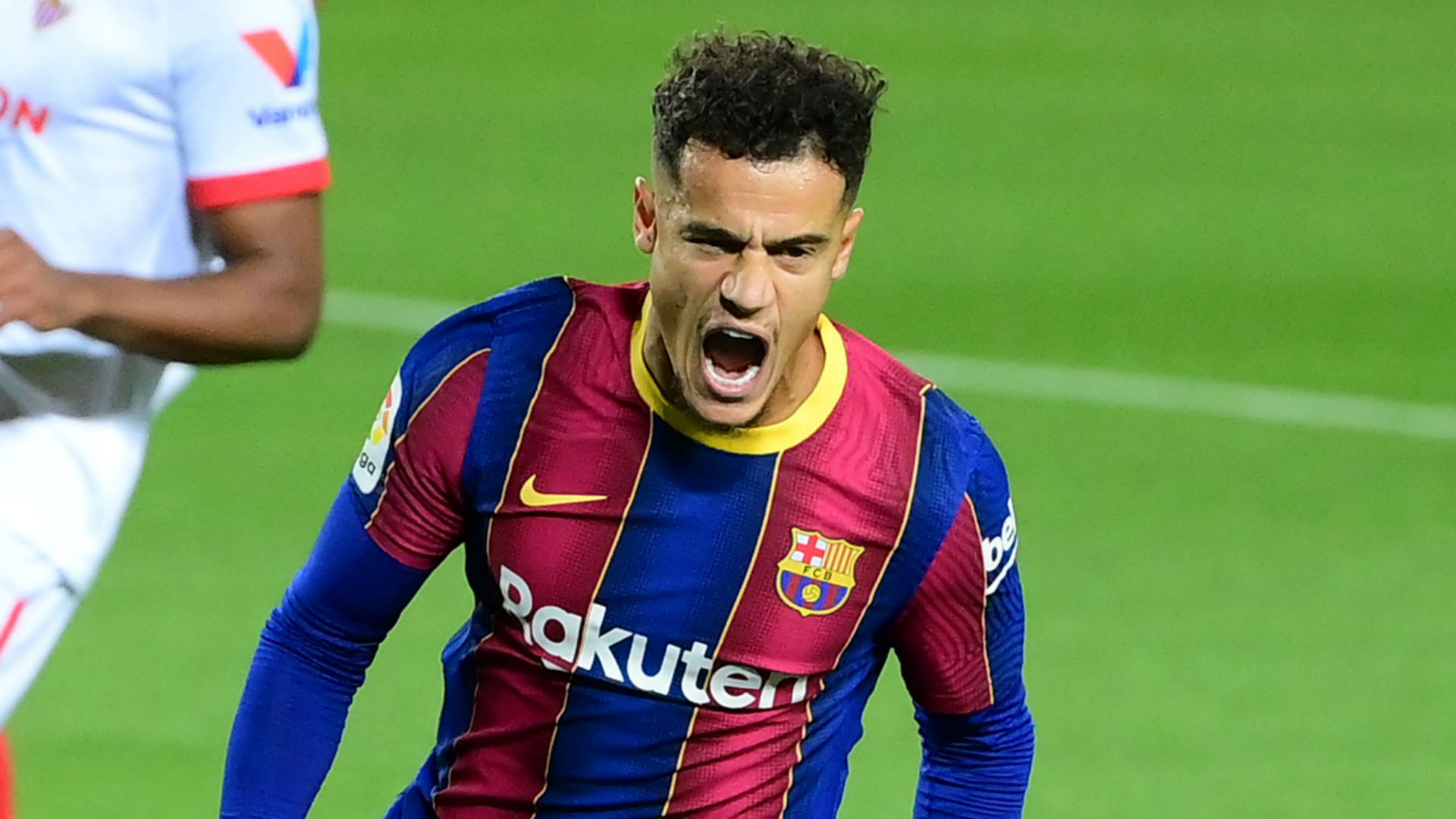 After winning three titles in Germany last season, the Brazilian has returned to Camp Nou with extra motivation to succeed

Philippe Coutinho is determined to make his spell at Barcelona a success after returning from a trophy-laden loan stint with Bayern Munich.

The midfielder had been a long-time target for Barca when at Liverpool and the La Liga giants finally got their man in January 2018 for a deal worth €120 million (£108m/$142m).

However, Coutinho was initially unable to live up to the hefty price tag and last season he spent the campaign with Bayern, who won the treble under Hansi Flick.

Coutinho played 38 times in all competitions, scoring 11 times, though he was often used off the bench, including in the 8-2 Champions League quarter-final win over Barca when he scored twice against his parent club.

With Ronald Koeman now in charge at Camp Nou, Coutinho has started all three La Liga games so far and is keen to finally make his marka.

"I'm having a very good time," he told reporters while on international duty with Brazil. "In these seasons I have achieved many things on a personal and collective level, which is the most important thing.

"I have returned to Spain with a lot of desire for things to go well and it is also what I want in the national team, every opportunity I have I want to play great games giving my best for the team."

Coutinho is back at Barca with the inside knowledge of how the best team on the continent operate. He pinpointed the intensity of Flick's squad as one of the chief reasons for their success.

"At Bayern, I learned a lot about work, because they are very intense in training," he explained. "A natural consequence is the evolution in the physical part, which I have really had, because you work a lot and I have worked a lot.

"I already had this way of thinking, but now I have to dedicate myself three or four times more than normal to be successful."

Coutinho has already said he is determined to “achieve big things” at Barcelona.

He told reporters after their 1-1 draw with Sevilla last weekend: “I've got a lot of hunger to work and achieve big things.

“It was a tough and difficult game [but] we knew that already. It ended up being like that. We've got a point and now we're going into the international break. When we return, it's about continuing to work.”