Coronavirus outbreak: Would Liverpool be denied the Premier League if title race is cancelled? 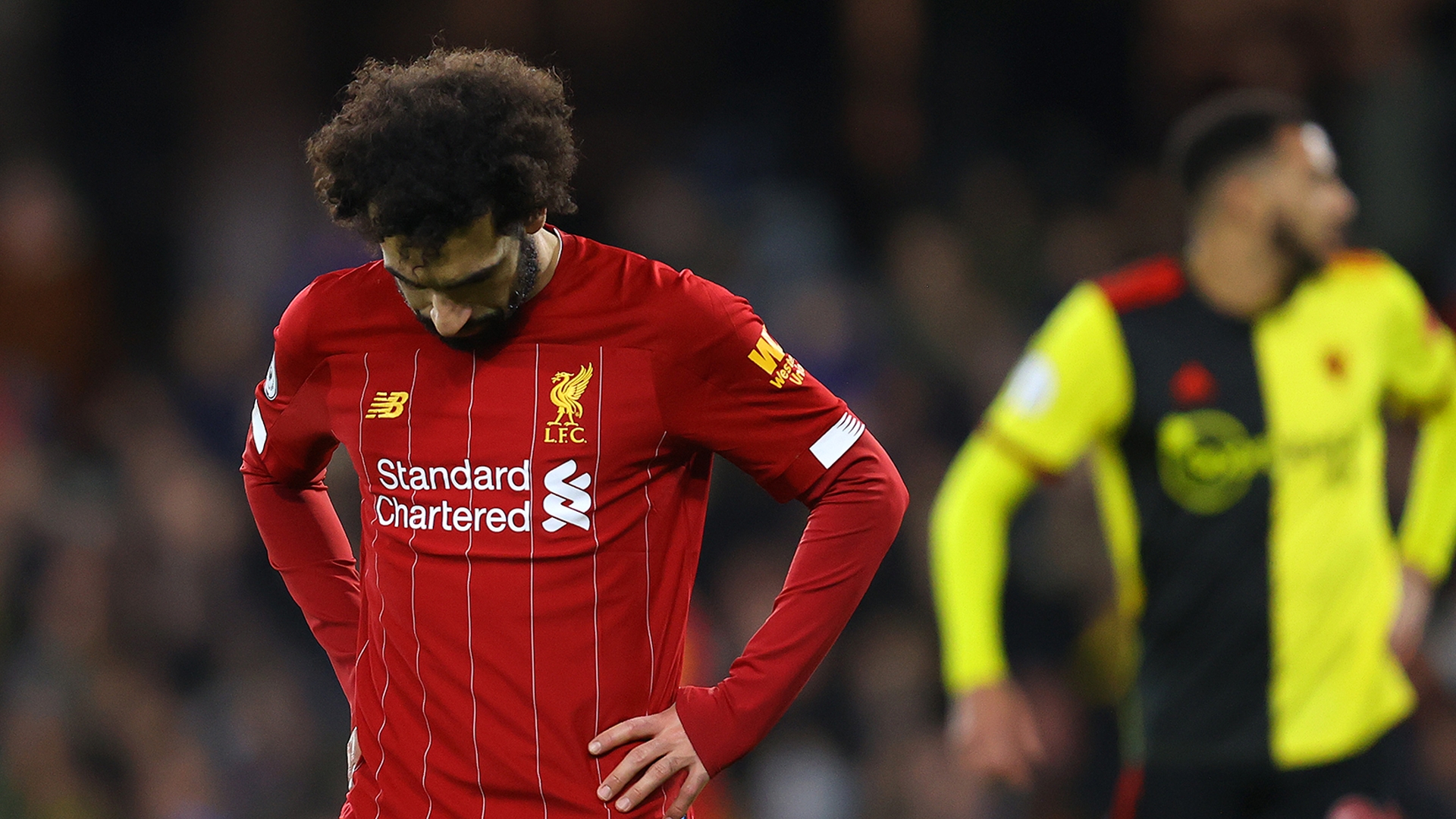 The coronavirus outbreak has been rapidly worsening globally, but how will it affect Jurgen Klopp's side hopes of winning the league?

Liverpool's charge for a first Premier League title has been severely disrupted due to the devastating global Covid-19 outbreak, with at least 392,000 people infected and over 17,000 deaths globally by March 24.

With major sporting events and competitions already being suspended and postponed in efforts to prevent further spread of the virus, questions have been raised about the possibility of the cancellation of this season's Premier League and how it could potentially affect title hopefuls Liverpool.

Would Liverpool miss out on the Premier League if the coronavirus situation worsens?

Currently, the Premier League has been suspended until April 30 at the earliest, but there is no guarantee that further postponements won't be made.

Liverpool are just two wins away from the title and sit 25 points above second-placed Manchester City, but the question remains on when - and if - they can play the fixtures.

Reports in the Telegraph  revealed that there would be "no guarantee" that Liverpool would be crowned Premier League champions if the current season was cut short due to the ongoing coronavirus epidemic taking over the world.

It would be a devastating blow for the Anfield side who remain on course to lift their first ever Premier League trophy – and first league title on 30 years.

But there is hope, however, for Liverpool fans following UEFA's decision to postpone this summer's European Championships next year to June 11-July 11, in order to free up a month for European leagues to conclude their respective domestic campaigns.

UEFA's statement read: "The health of all those involved in the game is the priority, as well as to avoid placing any unnecessary pressure on national public services involved in staging matches.

"The move will help all domestic competitions, currently on hold due to the Covid-19 emergency, to be completed."

The belief is that by UEFA postponing the Euros for a year, European leagues - such as the Premier League - will be allowed to finish their seasons in June.

UEFA confirmed: "A commitment [to be made] to complete all domestic and European club competitions by the end of the current sporting season, i.e. June 30, 2020 at the latest, should the situation improve and resuming playing be appropriate and prudent enough."

A joint statement from the FA and the Premier League was later released, signalling their intent to finish the season whenever it was possible: "The FA’s Rules and Regulations state that 'the season shall terminate not later than the 1 June' and 'each competition shall, within the limit laid down by The FA, determine the length of its own playing season'.

"However, The FA’s Board has agreed for this limit to be extended indefinitely for the 2019/20 season in relation to Professional Football."

With Liverpool just two wins away from securing their first Premier League title, they still could crowned champions if UEFA allow the completion of the domestic seasons (albeit at a later date).

The Reds have nine fixtures left to play, and with the Premier League initially set to end on May 17, fixtures would then be pushed back.

And so, it is likely that Liverpool's title celebrations could simply be delayed should the Premier League be allowed to conclude their season.

Will the Premier League be cancelled?

According to the Liverpool Echo , Premier League chiefs have held discussions on what would be done if they were forced to end the season early.

But the Telegraph later revealed, however, that Liverpool are still set to be crowned Premier League champions even if the rest of the season is abandoned due to the Covid-19 outbreak – and that there was "little ­opposition to awarding Jurgen Klopp’s men their first English title for 30 years".

The coronavirus situation has exacerbated spectacularly in the last few months after emerging out of a seafood market in Wuhan, China. The virus – which can be lethal – is rapidly spreading across the UK, with known cases expected to tip over 1,000 imminently.

The virus is transmitted through person-to-person contact, with the advice that large crowds are to be avoided to minimise further spread of the disease.

Even with European club football tentatively returning in April, depending on the seriousness of the Covid-19 situation, there is still a possibility that all leagues could be cancelled.

Of course, should the Premier League's return be delayed further or even cancelled, it would have a ripple effect across all of Europe.

It is not now clear how relegation and promotion to and from the Premier League would work should the remainder of the season be cancelled, and there are also issues raised about qualification for the Champions League, Europa League and other domestic and international competitions.

Any decision to end the season prematurely and not award any titles or promotion or relegation spots would be met with widespread controversy.

Other tournaments have faced early cancellation due to extraneous factors, such as the 2019 Rugby World Cup which was impacted by severe weather problems caused by Typhoon Hagibis in Japan.

Typhoon Hagibis caused New Zealand vs Italy and England vs France fixtures to be cancelled, with their results recorded as 0-0 draws according to tournament rules.

Teams whose matches were cancelled had their points shared, and no score registered.

There's no guarantee that the FA could follow suit in awarding each team a point for cancelled fixtures, but it is another option.

How has Klopp responded?

After initially refusing to be drawn into discourse about the consequences of the coronavirus threat, saying he does not know why his opinion on the situation is being sought, Klopp penned a heartfelt letter to Liverpool fans reminding them that at the end of the day, there are more important things than football - such as the lives of others.

"I don’t think this is a moment where the thoughts of a football manager should be important, but I understand for our supporters they will want to hear from the team and I will front that," said the German coach.

"First and foremost, all of us have to do whatever we can to protect one another. In society I mean. This should be the case all the time in life, but in this moment I think it matters more than ever.

"If it’s a choice between football and the good of the wider society, it’s no contest. Really, it isn’t.

"None of us know in this moment what the final outcome will be, but as a team we have to have belief that the authorities make decisions based on sound judgement and morality.

"Yes, I am the manager of this team and club and therefore carry a leadership responsibility with regards to our future on the pitch.

"But I think in the present moment, with so many people around our city, the region, the country and the world facing anxiety and uncertainty, it would be entirely wrong to speak about anything other than advising people to follow expert advice and look after themselves and each other."