Coronavirus and football: How matches & sports events are affected by Covid-19 outbreak 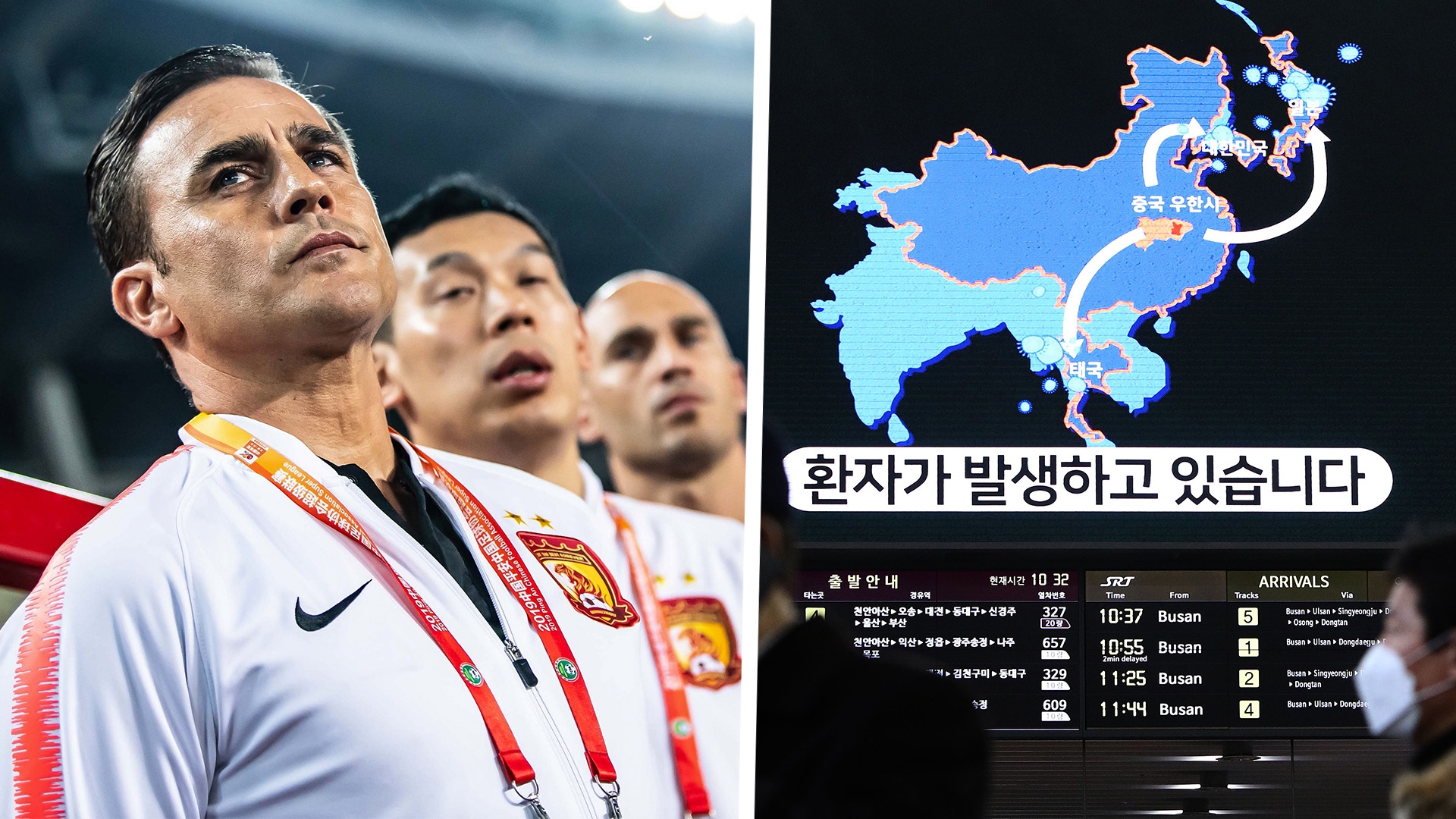 As authorities and the World Health Organisation attempt to reduce the spread of the virus, normal life - including sport - is on hold

An outbreak of a deadly coronavirus in the city of Wuhan in late 2019 placed large parts of China on lockdown and the rest of the world on high alert.

Despite taking measures in an attempt to contain the spread of the virus, it has spread throughout China and across the world, including the United Kingdom, the United States, Australia and parts of Europe.

Travel restrictions are in effect across China, particularly so in the region most affected, with health officials advising people to avoid travel into or out of seriously affected countries.

So how has football been affected? Goal brings you everything you need to know.

How has the coronavirus (Covid-19) affected football matches?

Italy's Serie A has been impacted through the postponement of games with the south European country dealing with a serious outbreak. The Coppa Italia final has been moved to the end of May, and all Serie A matches were indefinitely suspended on March 9 after certain fixtures were first played behind closed doors to no fans.

Given the scale of the Italian outbreak and the fact that many Euro 2020 host nations are attempting to contain the spread, concerns have arisen over the viability of the European Championship in June. UEFA has indicated that the situation is "under constant scrutiny" and that they will follow the orders of any host countries affected.

In England, Manchester United signing Odian Ighalo was forced to spend the first few weeks of his time the club away from the rest of the squad since he joined on loan from Chinese club Shanghai Shenhua, while a number of Premier League clubs have revealed that handshakes have been banned at training complexes.

Games across Switzerland at the beginning of March were postponed, while La Liga side Valencia have taken measures to prevent the risk of their players becoming infected by cancelling events which would require interaction outside of their immediate connections. A decision was made to play Valencia's Champions League clash with Atalanta behind closed doors. Ligue 1 side Saint-Etienne, meanwhile, cancelled their weekly open training sessions.

Several Champions League last-16 fixtures have been forced to be played behind closed doors, such as Sevilla vs Roma and PSG vs Dortmund.

Some matches have simply been cancelled, such as Basel vs Frankfurt in the Europa League last 32.

Ligue 1 matches will either be played behind closed doors or fan numbers restricted to 1,000 in attempts to contain the virus.

The Chinese Super Cup - originally scheduled to be played on February 5 - was postponed, while the AFC Champions League has also been affected, with the AFC postponing the group stage.

Matches involving clubs from China PR will be re-scheduled for April and May 2020, while the East Zone Round of 16 matches are to be postponed for June 16 and 17, with the return leg played on June 23 or 24.

The 2020 Chinese Super League season, which was due to get under way on February 22 has been postponed indefinitely, with a decision made by the Chinese Football Association in consultation with state authorities. Japan's J-League, South Korea's K-League, the Thai league and the V. League in Vietnam have also been put on hold.

The uncertainty has, naturally, had an impact on normal life and for footballers in China it has prompted speculation that it could lead to an exodus of some of the country's star foreign players.

Women's football qualifiers for the 2020 Tokyo Olympics involving Australia, Thailand and Chinese Taipei, at the beginning of February, were moved away from China completely to Sydney. They had originally been moved from Wuhan to Nanjing, but safety concerns led to the change.

“The safety of all players, officials and fans is of paramount importance to Football Federation Australia and the Asian Football Confederation," said FFA chairman Chris Nikou. "And we are confident we will host a successful tournament here in Sydney."

No players based in Wuhan were selected in the China women's squad, while those travelling were tested for the coronavirus and cleared with negative results. The China team were quarantined in a Brisbane hotel until February 5, in line with the advice that those travelling from Wuhan should self-isolate.

The AFC postponed the AFC Futsal Championship, which was due to take place in Turkmenistan between February 26 and March 8, due to worries regarding the outbreak.

Football authorities in the United Arab Emirates have prohibited supporters from attending games until further notice while the country deals with the issue.

In Morocco, in northern Africa, authorities have taken the decision to play all games behind closed doors in an effort to minimise the risk of the virus spreading.

What other sporting events have been affected by coronavirus (Covid-19)?

As well as football, sports such as rugby, golf, cycling, athletics, Formula One, tennis, boxing and more have been affected.

The Six Nations clash between Italy and Ireland scheduled for March 7 was postponed following an outbreak in northern Italy. The game between England and Italy on March 14 was also postponed. Six Nations organisers are expected to make a decision on the future of this year's tournament.

PGA Tour, European Tour and the women's LPGA tour have all postponed or cancelled planned events.

The Chinese Basketball Association (CBA) postponed the CBA League games from February 1 on.

We will immediately begin to work with our Six Nations partners to look at the possibility of rescheduling the matches and would hope to have an update on this in the coming days.https://t.co/80ByyvOd3E

The International Olympic Committee (ICC) postponed Olympic boxing qualifiers that were due to take place in Wuhan.

April's Chinese Grand Prix in Shanghai has also been postponed, with Formula 1's governing body expressing a desire to "ensure the health and safety" of drivers and fans.

Interestingly, the organisers of the 2020 Tokyo Olympics, which is due to get under way on July 24, said that they were not considering the cancellation of the major sporting event.

Games chief Toshiro Muto said in mid-February: "I want to again state clearly that cancellation or postponement of the Tokyo Games has not been considered."

With concerns being raised regarding a number of events outside China, it is likely that UEFA will be forced to assess things ahead of Euro 2020, which will be held across Europe in June and July.

Cases of the coronavirus have been confirmed in the UK, Germany, Italy, Ireland and Spain - all of which are host countries for the tournament - among others.

What is coronavirus (Covid-19)?

A new type of coronavirus was identified to be the cause of a number of cases of pneumonia in China on December 31, 2019. This novel coronavirus has been named 'Covid-19'.

By March 5, the WHO status report revealed that there had been over 90,000 confirmed cases worldwide and over 3,000 deaths (with over 200 occurring outside of China).

What are the symptoms of coronavirus (Covid-19)?

It is understood that the novel coronavirus causes pneumonia, with symptoms such as fever, coughs and difficulty breathing apparent.

In severe cases, the coronavirus can lead to hospitalisation or even death.

The World Health Organisation (WHO) has issued advice to the general public in an effort to curb the spread of the virus, which includes the following: