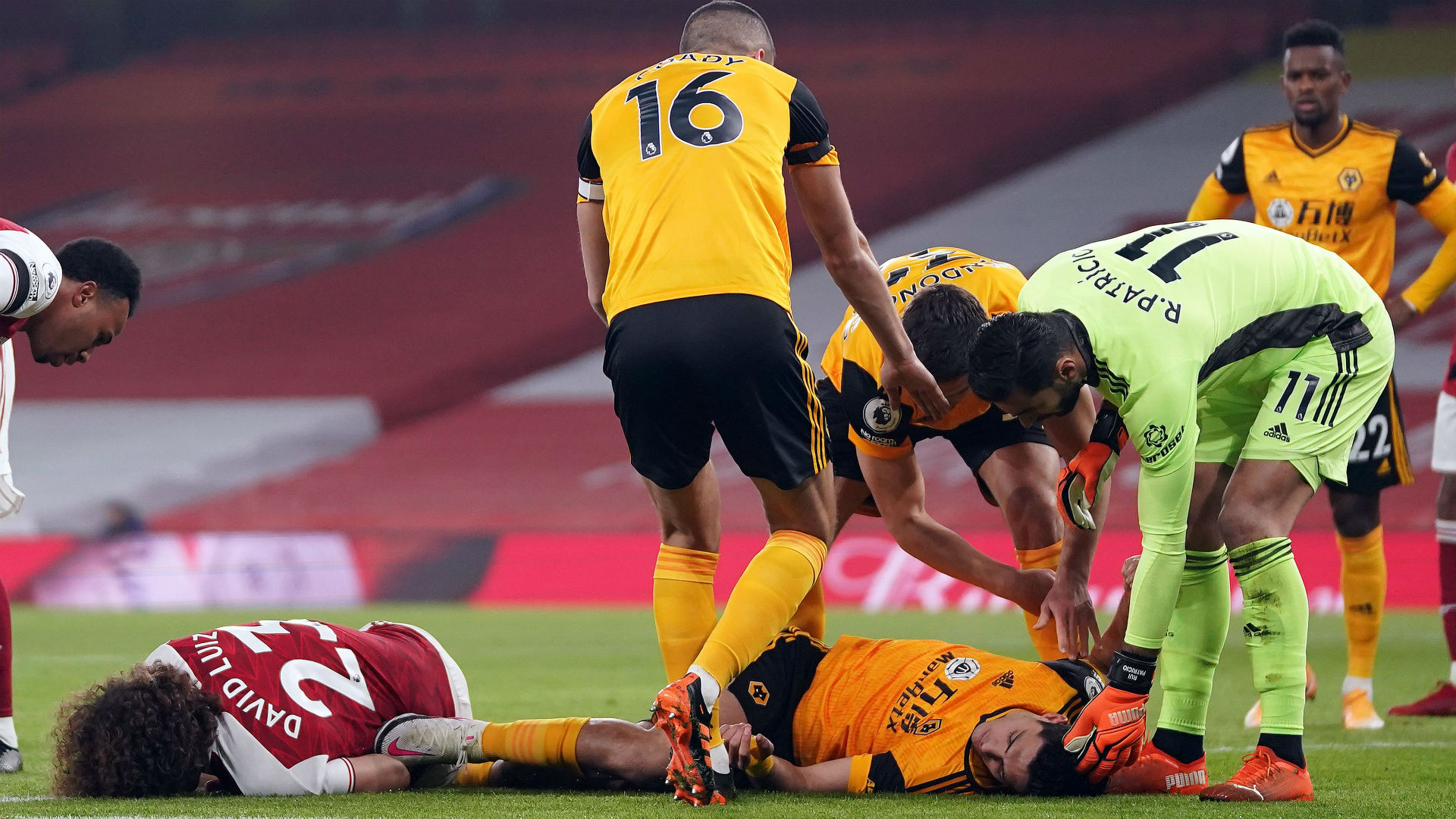 A concussion substitutions trial has been approved for January in the wake of David Luiz and Raul Jimenez's nasty clash of heads last month.

Under the proposed protocols, players with an actual or suspected concussion will be "permanently removed from the match to protect their welfare", with the team allowed to bring on a replacement.

IFAB hopes the approach will reduce the risk of players sustaining multiple head injuries in a single match while also ensuring that teams are not put at a disadvantage should a player be told to leave the pitch.

It said the planned protocols send "a strong message that, if in doubt, the player is withdrawn but there is no numerical or tactical disadvantage by prioritising the player's welfare".

Concerns around head injuries have risen in recent weeks after some high-profile incidents in Europe's elite leagues.

In the Premier League, there was controversy when Arsenal defender Luiz was allowed to continue only to be substituted at half-time after a clash of heads with Jimenez that left the Wolves striker with a fractured skull.

The Football Association (FA) tweeted to confirm head injury substitutions would be trialled "at the earliest practical opportunity" in the FA Cup, the Women's Super League, Women's FA Cup and Women's Championship.

As a result of today’s announcement by @TheIFAB, we plan to trial additional permanent head injury substitutes at the earliest practical opportunity across the @EmiratesFACup, @VitalityWFACup, @BarclaysFAWSL and @FAWomensChamp.

Separately, the IFAB board also approved the extension of the law that allows competitions the option of granting up to five substitutions in a single game.

Domestic competitions can now use the rule until December 31, 2021, with the extension applying to international competitions until July 31, 2022.

IFAB also agreed that "further clarification" over the interpretation of handball incidents should be discussed at the Annual General Meeting in March, as officiating has "not always been consistent".