Come to Besiktas! The story of a Turkish social media phenomenon 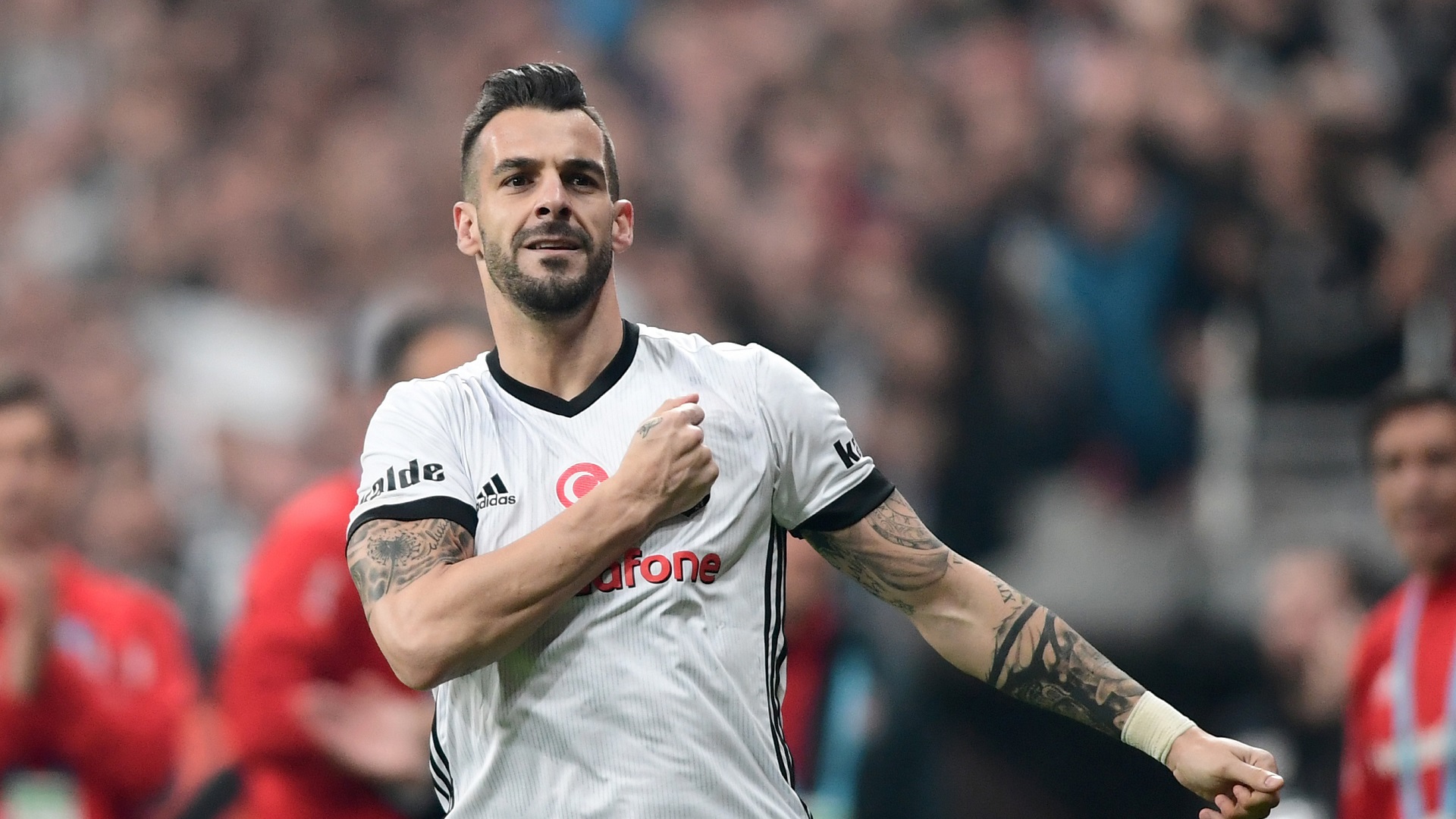 The phrase has been the biggest footballing viral trend in social media over the past year, but how did it start and just why is it so popular?

Transfer announcements are now a huge part of the marketing campaign behind new signings at football clubs. Alexis Sanchez's arrival at Manchester United from Arsenal was leaked the day before it was made official as the Chile international filmed the short clip confirming him as a Red Devil.

Clubs spend thousands producing videos for social media to unveil their newest acquisitions, all trying to outdo each other with clever or humorous videos, all trying to replicate the genius marketing phenomenon that is 'Come to Besiktas'. This simple phrase became the most popular slogan in the football world last summer when Ricardo Quaresma invited Portugal team-mate Pepe to join him in the Turkish Super Lig.

The duo were recorded on mobile phones having a conversation where Quaresma urges Pepe to leave Real Madrid and "come to Besiktas" in what appears to be a very amateurish video, but is instead a cleverly crafted marketing endeavour. The video capitalises on Besiktas' own fans, whose variation of "Announce [Player Name]" was beginning to pick up steam on social media.

Besiktas head of communications Candas Tolga Isik recalls how he noticed the popularity of the phrase and realised how the club could benefit from combining it with their marketing strategy.

"There was this one player on our transfer list, we were in talks with him and our fans started flooding his social media accounts with “Come to Besiktas” comments," Isik told Goal .

"But not 3,000 or 5,000 messages, I’m talking about nearly six million comments. And this turned into a slogan. During the transfer season we were trying to find a campaign and I suggested we continue with this slogan.

"We were talking with Besiktas TV chief Bulent Ulgen. He asked me if Quaresma had a role in Pepe’s transfer, and I said “yes, he did.” So Bülent said “Then Quaresma should call Pepe,” and I came with the idea!

"We created the mise en scene right away. We had Umut Kutlu from our team, he was Quaresma and Bulent was Pepe and shot the first video right there: “Hello amigo, come to Besiktas!” And Bülent answered “I’m coming to Besiktas” and the video idea was complete.

"It seemed simple at first but in social media the shorter and the funnier it is the easier it is consumed. People were used to photos of the club president next to the transfered player (when deals were announced), so it looked simple at first. But the president [Fikret Orman] liked the idea and we went ahead."

The simplistic nature of the videos is part of their charm, but were not produced like that due to the club cutting corners or rushing out the clips. Instead, Isik insists that they were deliberately made to look slapdash and thus could easily be replicated by fans in their own spin-off versions.

"I deliberately did not want it to look professional because I wanted it to go viral," Isik explains. "One guy would say “Come to cinema” to his girlfriend, and propose to her (based on this idea). I wanted that specifically.

"If you did it with a professional camera and a director, people would feel distanced from it, but the fact that you could do it by yourself turned this into what it was. The videos were watched by a billion people combined, it became one of the most significant communication campaigns.

Besiktas won the Super Lig last season, with a successful European campaign seeing them reach the quarter-finals of the Europa League after finishing third in their Champions League group behind Napoli and Benfica.

These strong performances helped make the Istanbul club an appealing destination for the likes of Pepe, Alvaro Negredo and Gary Medel. That and the attraction of the now world famous Come to Besiktas campaign: "It played a very important role. It turned Besiktas into a well-known brand all over the world," Isik continued.

"Our players’ performances were the most important factor, actually. Besiktas play well both in the Champions League and in the Süper Lig, and we tell people about it. That’s why Come to Besiktas became a big hit. Pepe, Quaresma, Negredo, [Jeremain] Lens, Medel, [Domagoj] Vida are very important players, bringing them to Besiktas means a lot.

"Last week a friend of mine sent me a photo from New York of a car with the sign Come to Besiktas on the back. The driver was not Turkish, but he simply liked the slogan. It was a perfect business for Besiktas’s recognition and played an important role in global communication."

A lot of top quality talent has Come to Besiktas, but there is one name Quaresma would love to see play in the Turkish top flight: Real Madrid superstar Cristiano Ronaldo.

"Of course I would like for Cristiano to come here," he told CNN . "He's a person for whom I have maximum respect; a friend; an extremely important person to me. If it were possible for this to happen, of course I'd love for him to come to Besiktas."

Fans have already started working on the move, flooding Ronaldo's Instagram page with Come to Besiktas comments, even repeatedly asking him about it during live question and answer sessions.

Ronaldo joked that the club did not need him with two Portuguese stars already at the club, but Isik believes that the viral campaign could make the impossible possible: "I am not involved in the transfer process, but if Pepe, Quaresma, Medel or Vida can play for Besiktas, why not Ronaldo?"