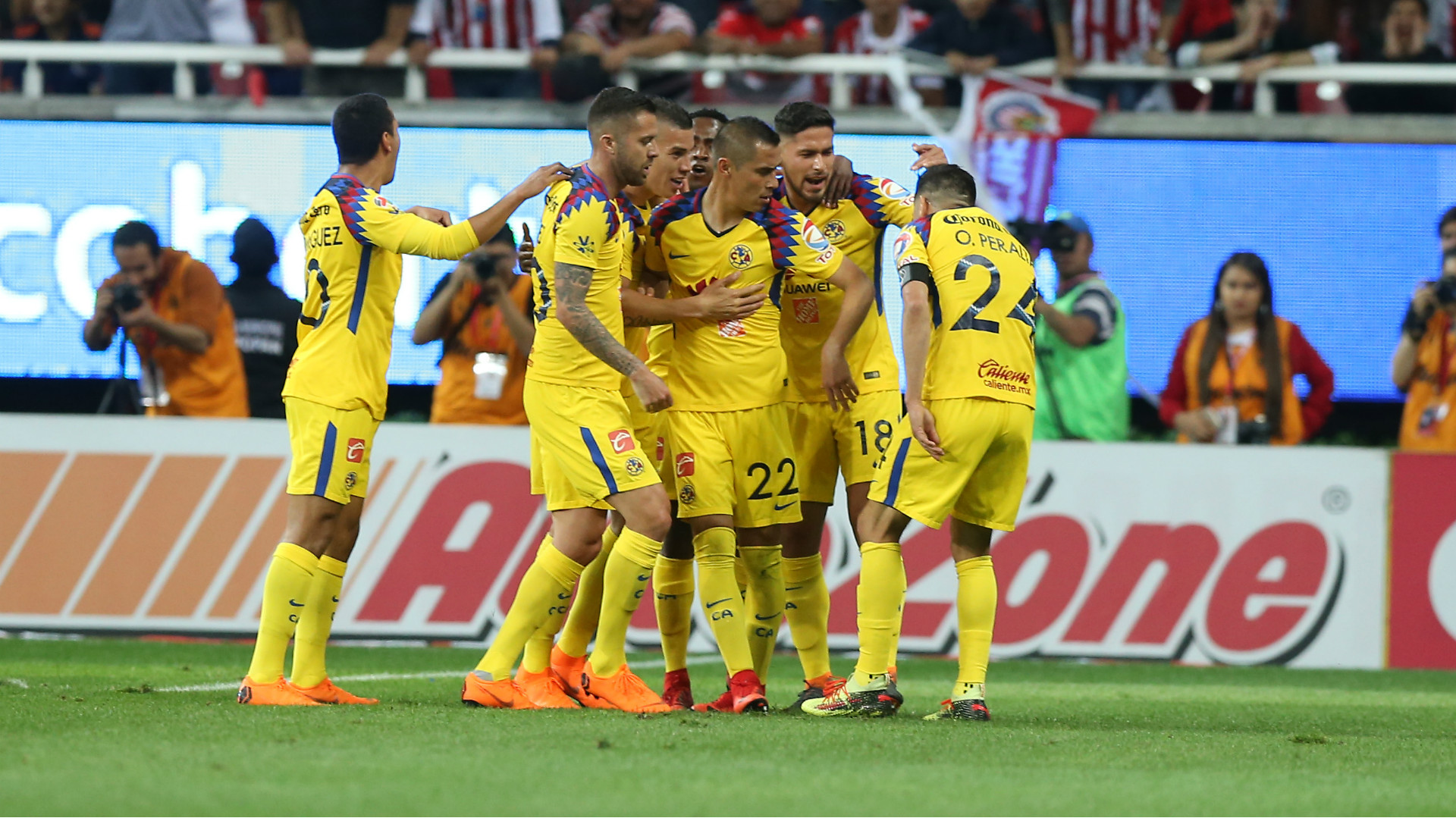 Liga MX's second- and third-place sides clash at the Estadio Azteca in one of the week's most enticing matchups.

Two of the top contenders for the Liga MX Clausura title meet on Saturday when Club America hosts Toluca at the Estadio Azteca.

Miguel Herrera's side sits in second place and is coming off a 2-0 home victory over Leon, maintaining its status as the league's only unbeaten team.

Victory for either side will be confirmation that they, along with first-place Santos Laguna, are the teams to beat as the season moves towards its final third.

America will be without Paul Aguilar, who received a red card against Leon last weekend as well, as Diego Lainez who is away with Mexico's U-20 side. Carlos Vargas was also called up to the U-20 side and will join up with the national team after the Toluca match.

Emanuel Aguilera and Andres Ibarguen are fit to return after time away.

Manager Hernan Cristante has a healthy squad to choose from, though he'll have to be mindful of rotating his squad with Toluca having had a Copa MX match in midweek.

Miguel Herrera's America side has enjoyed a productive Clausura thus far, but there is the feeling that the side can still raise its game to another level.

Las Aguilas are Liga MX's only unbeaten side, but they do not top the table due to a league-high six draws from their 11 matches.

Still, second place isn't a bad place to be at this stage of the campaign for America, which has been led by a league-best defense that has conceded just seven times this tournament.

That defense will be tested by Toluca, which is riding high after winning four consecutive games.

Hernan Cristante has his side on a roll, and is getting positive contributions from longtime America star Rubens Sambueza, who should be given a rude welcome back to the Estadio Azteca on Saturday.

Both sides had fixtures on Wednesday, with America advancing in the CONCACAF Champions League and Toluca doing the same in the Copa MX.

Whichever side is fresher for this match could be set to take a big step forward in their title pursuit.