In an exclusive interview with GOAL, author David Peace says the last thing he wanted to do with his iconic novel was upset Brian Clough's family

“It’s my son’s favourite film,” says David Peace, with a smile. “He loves it and so do all his friends.

“But I prefer the book!”

A movie which may not necessarily have been to Peace’s taste, but one which would, in his own words, prove to be “life-changing” for the Yorkshire-born author.

“A lot of good things came from it,” he tells GOAL. “It brought loads of new fans to the book, and it opened a lot of people up to my other work. As a writer, it catapults things to a whole new level.”

The book version of The Damned United was released in 2006 to widespread critical acclaim.

It tells the story of Brian Clough and his ill-fated, 44-day spell as manager of Leeds United in 1974, mixing factual events and dramatised conversations in Peace’s unique, relentlessly fast-paced style.

‘Faction', they called it at the time. Peace didn’t like that label one bit.

“It’s a novel,” he says now, almost 16 years on. “It’s just that everything that was written was based on something that someone had said.

“Nothing was made up, as such. It was just dramatised.”

The critics loved it, but not everybody did.

The Damned United by David Pearce. The book. Not the movie. Best novel I have read about sport, rife with detail about 1970s football, England at that time, human self-interest and motivation pic.twitter.com/lyO3DHeUbg

Clough’s family hated the way he was depicted. Johnny Giles, depicted in the book as one of the chief rebels at Leeds, claimed libel and eventually won a court battle.

Peace, a Huddersfield Town fan, had written the book as “light relief” having achieved success with his Red Riding quartet and GB84, a searing novel set during the UK miners’ strike of the mid-1980s.

“I’d always been fascinated by Clough,” he says. “The first game my dad ever took me to was Huddersfield against Brian Clough’s Leeds in Trevor Cherry’s testimonial.

“I remember waiting outside at the old Leeds Road ground waiting for autographs. Clough ruffled my hair. A few weeks later he came back for a League Cup game. It turned out to be his last for Leeds.”

Before those dark, neurotic and ultimately unfulfilling 44 days at Elland Road, Clough had turned unfashionable Derby County into league champions, and after Leeds he would go on to achieve incredible success at Nottingham Forest, winning back-to-back European Cups.

He is one of English football’s most successful managers, and certainly one of its most fascinating personalities. An ideal lead character, either in print or on screen.

“To me, he’s something that’s stepped straight out of Shakespeare,” Peace says. “He’s so complex and contradictory, success and fall. I think people identify with that, and also that anti-authoritarian streak in him.

“Football is not overburdened with characters like that now. I think early on when Jose Mourinho came to Chelsea, there were elements of Clough in the way he was, but I don’t think anyone, certainly myself included, ever solved the mystery of Brian Clough.

"That’s what makes him such an intriguing character to write books about or make films or documentaries about.” 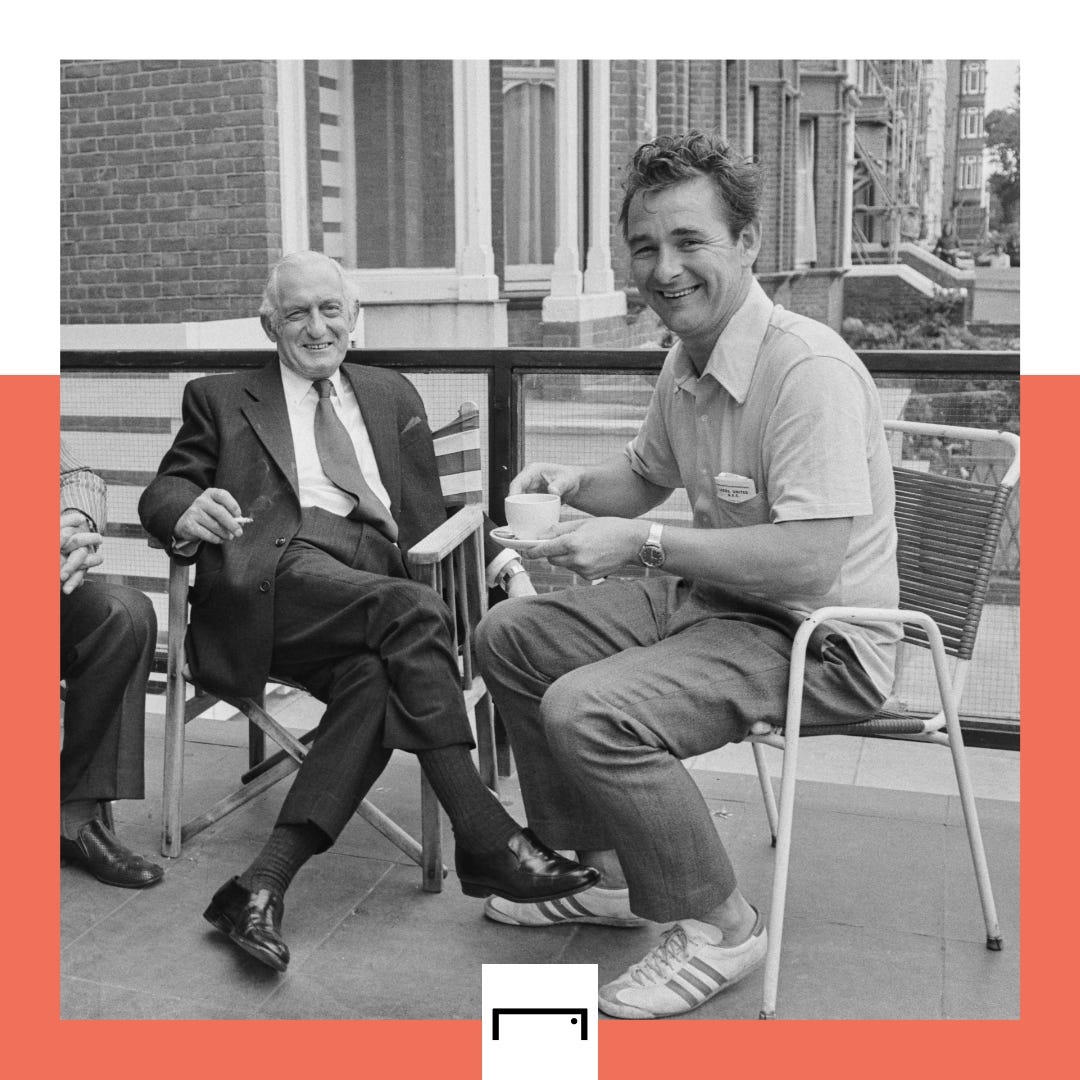 Peace admits now that, had he known how the Clough family would react to The Damned United, he probably wouldn’t have written it.

“The last thing I wanted to do is upset them,” he says, although he is less concerned by the reaction of someone like Giles.

“I’ve seen him destroy enough people on TV over the years,” he smiles.

The film version was originally supposed to be directed by Stephen Frears, best known for the movies High Fidelity and Dangerous Liaisons.

“He’d been assistant to Lindsay Anderson, who did This Sporting Life [a seminal 1963 film about an aspiring rugby league player],” says Peace.

“I’d grown up with that kind of black-and-white, northern vibe – Thee Loneliness of the Long Distance Runner is another – and those were the kind of films Clough had loved, so I was thinking it’d be perfect.

“Stephen was talking about making it in black and white, making it really gritty, and I was really excited for it. And then, for various reasons, he dropped out and Tom Hooper came in.”

It was Michael Sheen who was cast as Clough, with Timothy Spall as Peter Taylor, his long-time assistant.

Sheen’s performance, in particular, earned stellar reviews, though there was far less of the darkness and introspection in the book.

“The tone is a lot lighter,” Peace says. “I think they were in a difficult position, because they’d seen the reaction to the book.

"They really wanted the family to like the film, and that meant a lot of the darker parts of the book were cut out.”

Peace enjoyed Sheen’s portrayal – “I think he really ‘got’ Brian” – but he is less enthusiastic about some of the film’s key scenes, including that iconic showdown between Clough and Revie, live on television, following the former’s sacking. 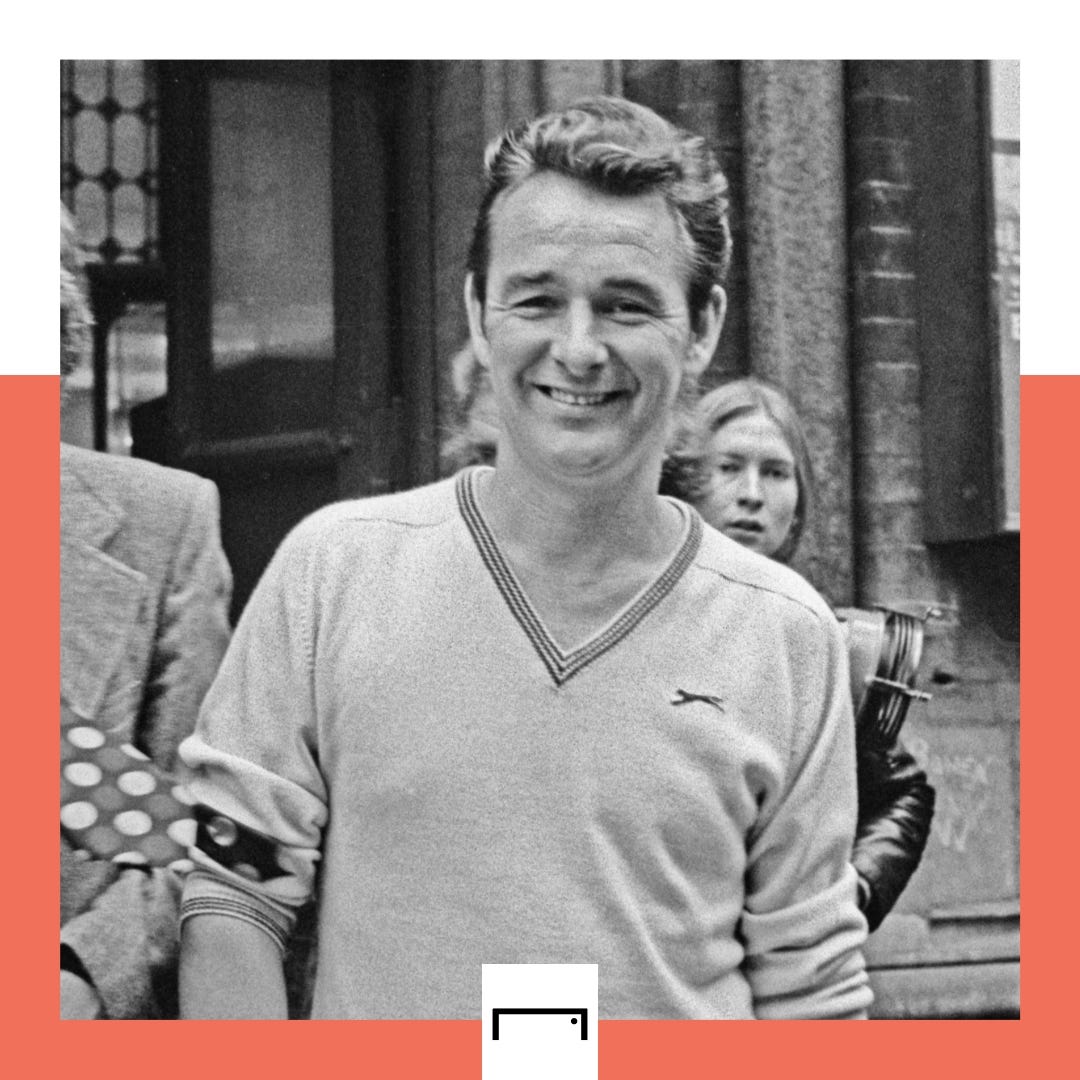 “It’s just wrong, isn’t it?” he says. “I can remember watching that at the time, and how big a thing it was. Can you imagine it now?!

“The scene is just wrong. There was nothing to even make up; it should have written itself.

“And then to make it worse, you then have the scene where [Clough] serenades Peter Taylor in his garden in Brighton like some romantic comedy!"

Despite those misgivings, Peace would soon return to the subject of football, writing Red or Dead, an epic novel about legendary former Liverpool manager Bill Shankly, in 2013.

“That came about because of Mike Jefferies, who produced the movie Goal!,” says Peace. “He was keen to do a Shankly film, and contacted me.

“The film, of course, has never been made, but that was the origin of the book.”

“I don’t know,” admits Peace. “It’s really disappointing that it hasn’t. I had a go at a script, which was too dark. Mike and some other people have had a go, but it just hasn’t worked.

Peace lives in Tokyo these days, and is working on “a couple” of new books, about which he is giving little away.

He hopes to see Huddersfield back in the Premier League come May, and admires the work Jurgen Klopp is doing at Liverpool. Klopp, he says, would be a dream subject for any author or screenwriter.

“Having written Red or Dead, you kind of thought that messianic figure was gone, really,” he says. “But Shankly was that, and so is Klopp.

“Like I say, we’ve not got too many characters in the game now. Klopp is one, and I think the Mourinho/Guardiola rivalry would make a good novel or film.

"Even the way the Leeds crowd reacted to [Marcelo] Bielsa, I think that would work.”

He adds: “For me, managers are always the most interesting subjects. As much as I like books like Fever Pitch, and as much as some books about players stand out, I’ve always felt the manager is the perfect subject.

“He’s an observer as well as a participant, and he has a lot of thoughts and feelings going around. That gives you something to really go at.”

Watch this space, perhaps? At some point in the future we may be seeing Klopp or Guardiola or Mourinho, or even Bielsa, portrayed on the big screen.

The Damned United 2, anyone?