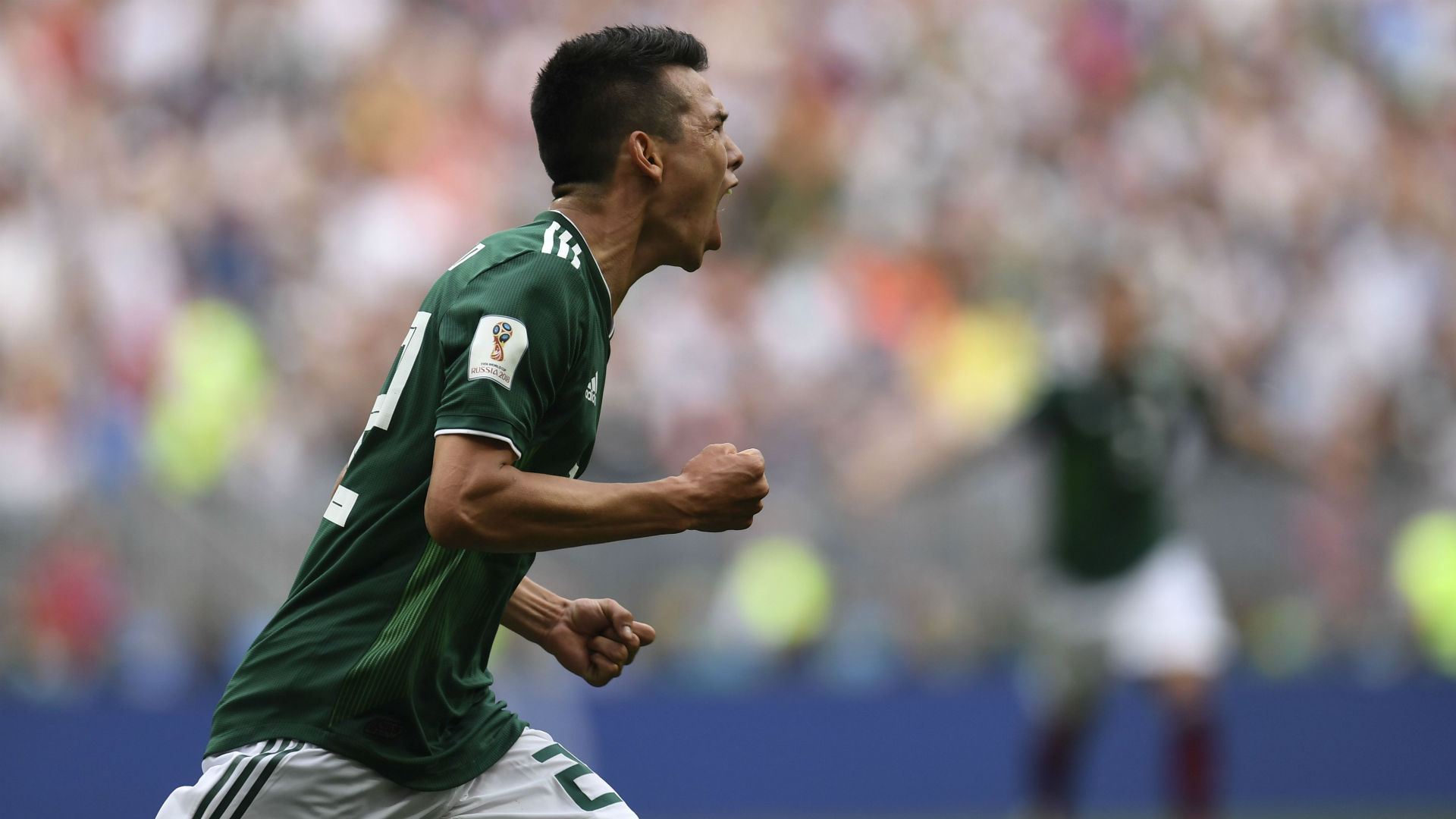 The PSV winger stunned reigning champions Germany by breaking the deadlock in a World Cup 2018 encounter, much to the delight of those back home

Mexico stunned reigning champions Germany with a 1-0 win in their World Cup 2018 clash , with Hirving ‘Chucky’ Lozano’s goal causing an earthquake back home.

El Tri put in an energetic display against the holders of football’s grandest prize, with their dogged defending and lively movement up top causing all sorts of problems.

They could have already taken the lead in a heavyweight Group F encounter by the time the deadlock was broken.

It was, however, to be Lozano who found the target in the 35th minute .

As he raced forward to join a quick counter, the ball was rolled into his path inside the box.

Cutting back inside onto his right foot, the PSV winger then drilled low past Manuel Neuer into the bottom corner.

Wild celebrations were sparked inside the stadium, but they were nothing compared to those taken in back home.

The Mexico City native sparked jubilant scenes in the place of his birth, with authorities reporting seismic activity as supporters toasted a national hero.

A statement released by SIMMSA, a monitoring and analytic network, read: “The earthquake detected in Mexico City originated artificially. Possibly by massive jumping during the national team’s goal at the World Cup. At least two sensors inside the City detected it at 11:32.”

Mexico were forced to hang on after firing themselves in front, with Germany pushing hard for a leveller.

It was, however, to be their day, with a stunning 1-0 success getting them off to the best possible start at Russia 2018.