The celebrations at the full-time whistle told their own story.

Arsenal's 3-1 victory against Chelsea was about more than just three points for Mikel Arteta and his players; this was a turning point, a bolt of light to lift what has been two months of near persistent gloom.

The Gunners may still be 14th and just six points off the relegation zone in the Premier League, but they can now approach games against Brighton and West Brom during the next week with a sense of optimism that has been lacking since the summer.

Arteta, meanwhile, can breath that little bit easier now that the pressure that had built following a run of seven defeats in 10 league games has been lifted.

Arsenal’s under-fire manager has had his decisions questioned at almost every turn as results have nosedived during the past two months, but against Chelsea he got things spot on.

Perhaps he was helped by Willian and David Luiz missing the game due to illness, but he was still brave enough to give academy graduate Emile Smith Rowe his first start in more than year in a frontline which also contained 19-year-olds Bukayo Saka and Gabriel Martinelli alongside Alexandre Lacazette.

Pierre-Emerick Aubameyang was fit again after injury, but the club captain was left on the bench.

And between them Smith Rowe, Saka and Martinelli provided Arsenal with the type of attacking intent Arteta’s side have been missing all season. 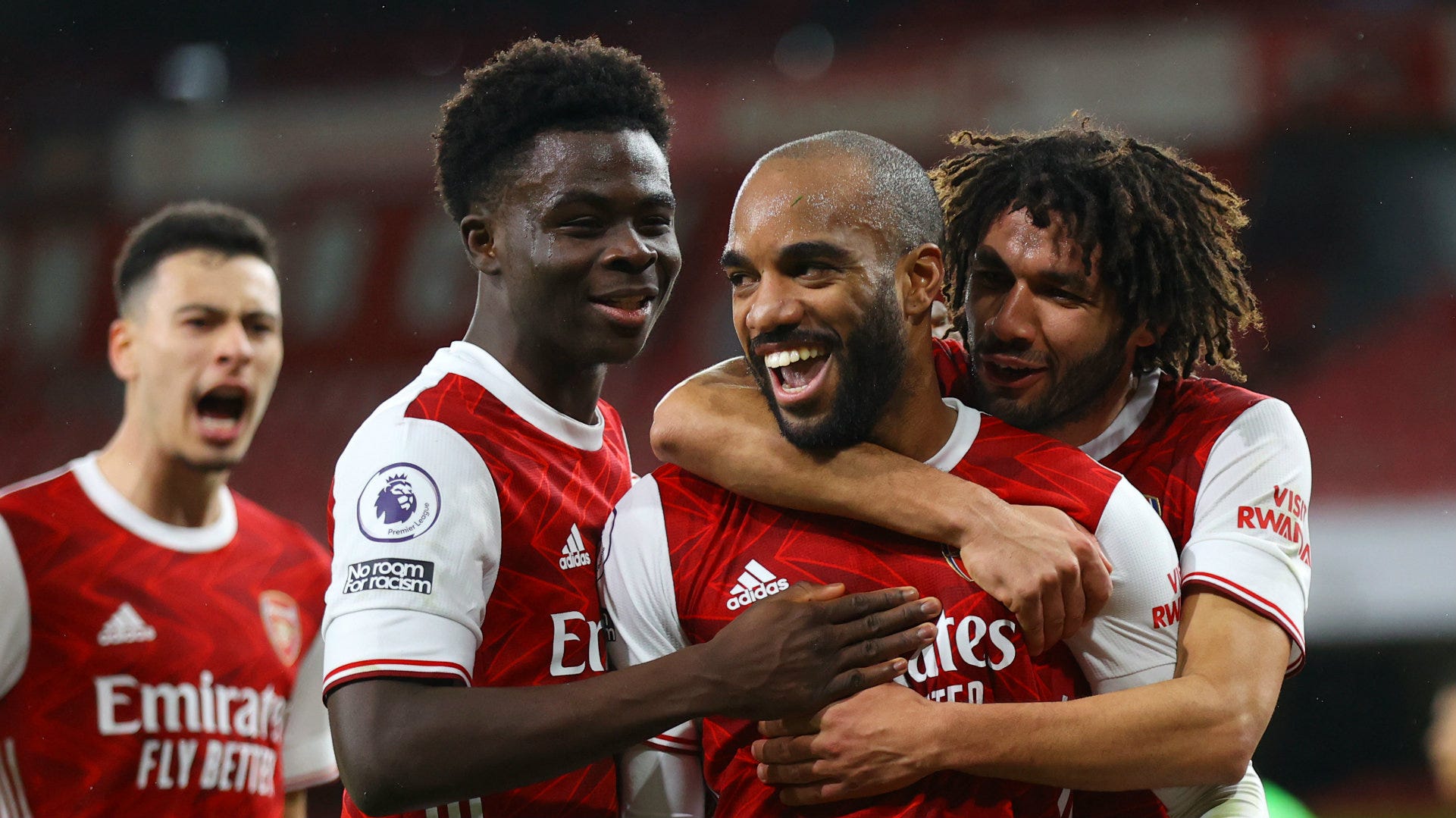 From the first whistle, there was pace, movement and creativity from the forward line and Chelsea never looked comfortable. For months Arsenal have looked slow and lethargic in attack, but this was the opposite.

The return of Martinelli has made a big difference - we saw that against Manchester City in midweek before he was forced off through injury - but Smith Rowe was equally as impressive as the young Brazilian here.

Playing behind Lacazette in the No.10 role, the 20-year-old showed why so many Arsenal fans have been demanding that he starts getting more game time in the Premier League.

His clever movement in the final third kept dragging Chelsea’s defenders out of position and allowed the likes of Martinelli, Saka and Lacazette to benefit.

The playmaker ended the game with one assist and should really have scored himself, but reacted slowly and failed to turn in Hector Bellerin’s cross in the first half following a smart Arsenal break.

The home side did get some luck against Chelsea, especially when Saka’s cross floated over Edouard Mendy to make it 3-0 and add to Lacazette’s penalty and Granit Xhaka’s fabulous free-kick from the first half. 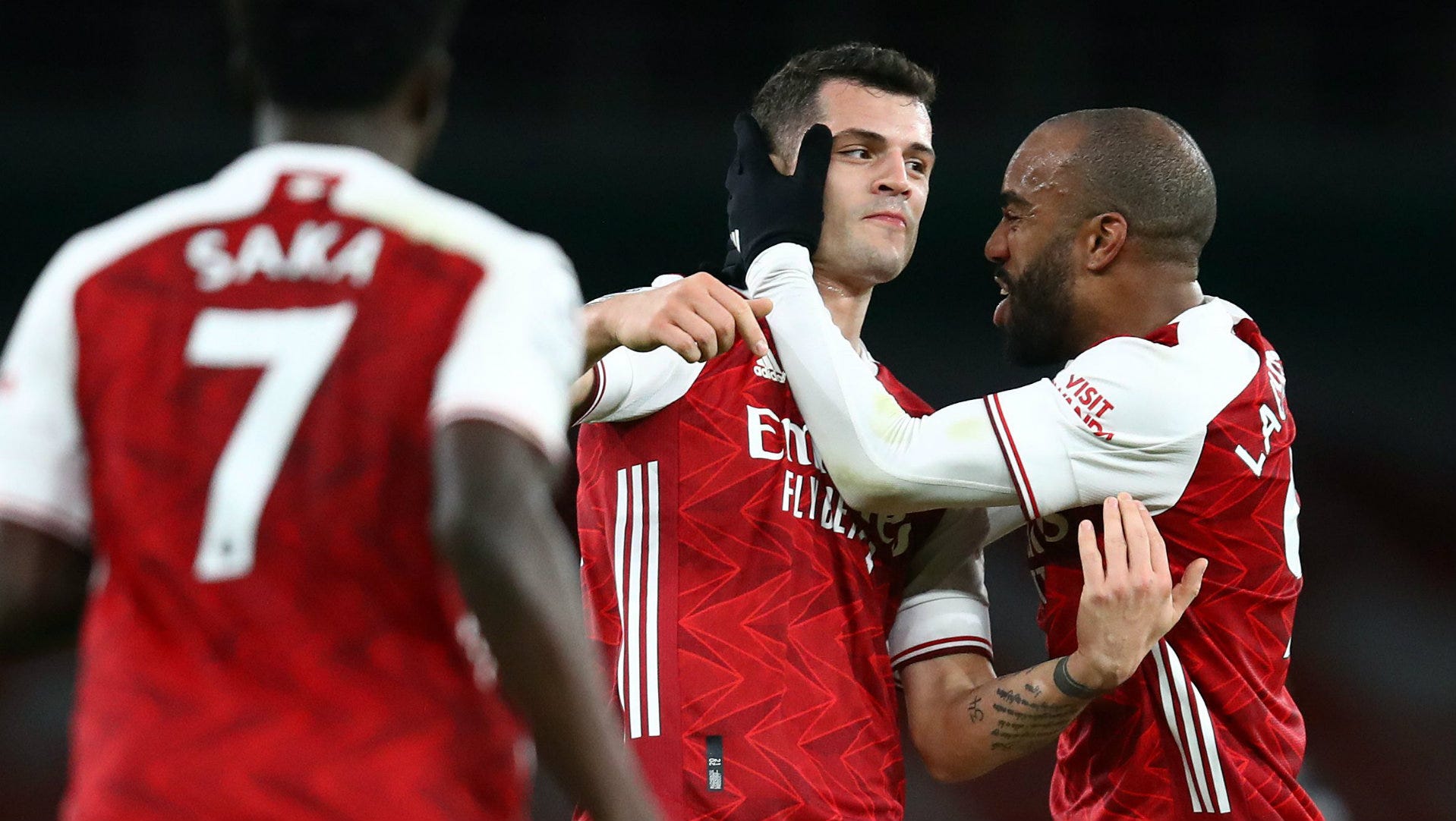 But they earned their good fortune with the way they approached the game, and this should now be the blueprint for the second half of the campaign.

The senior players stepped up when needed and the youngsters provided the energy and verve that made the difference going forward.

Arteta will know that there is still much to be done and there are still plenty of issues that need to be resolved in his squad, especially when Willian and Luiz return to fitness. But he will have had a weight lifted off his shoulders by this win.

There were understandably some nervy moments towards the end and things could have been very uncomfortable had Bernd Leno not kept out Jorginho’s stoppage-time penalty after Tammy Abraham had made it 3-1.

But this was deserved win for Arsenal, one that Arteta will hope can kickstart their season and send them into 2021 with new found sense of belief.