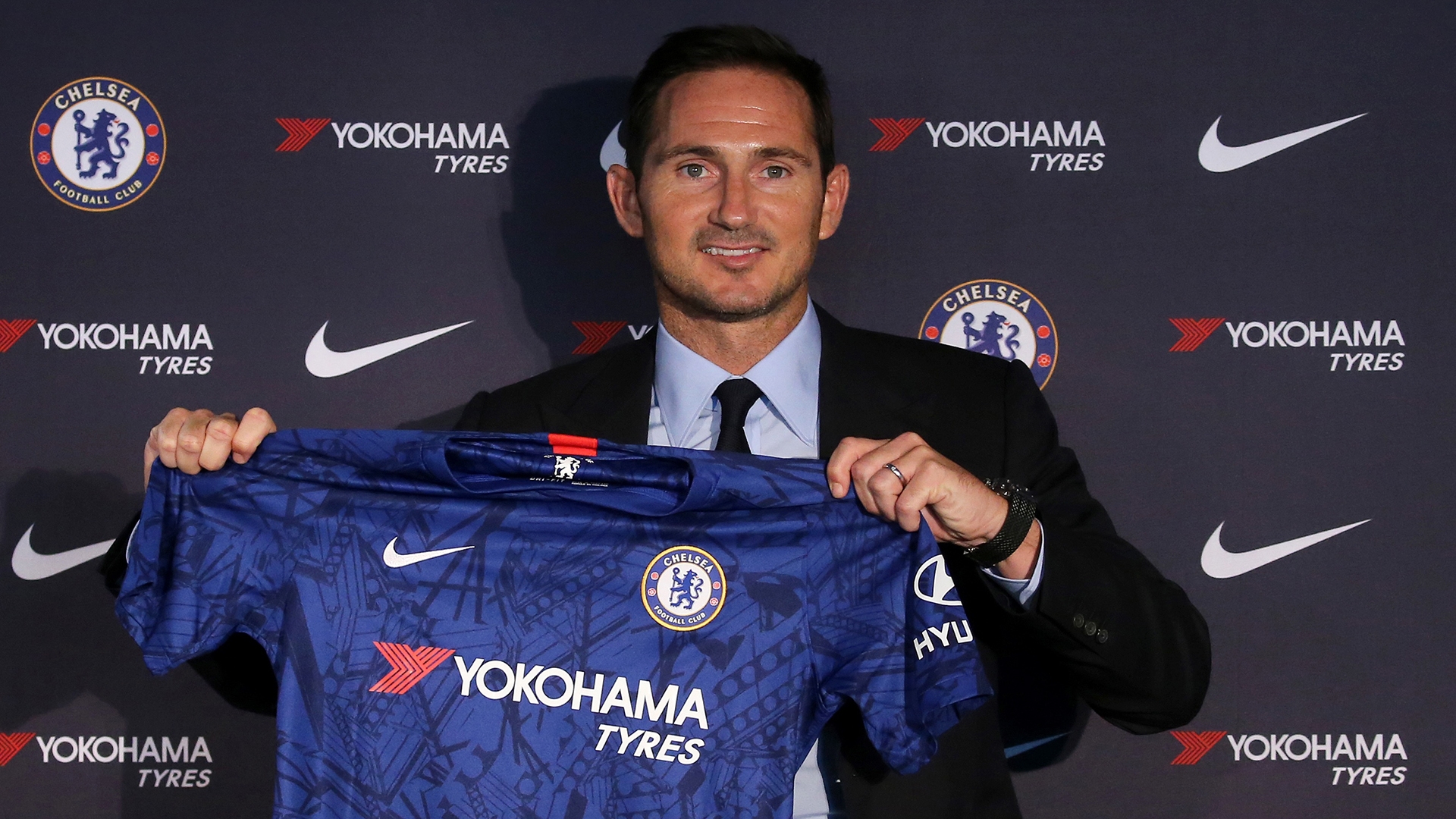 The Sunderland signing, who was on the Blues' books for over a decade, believes the transfer ban will lead to exciting opportunities for youngsters

From the age of eight, Ruben Sammut has been able to say that he is a Chelsea footballer.

Now he has signed a deal with Sunderland and will move on, but the youngster says he is still excited to see a host of his former team-mates might get a chance next season under new management.

Frank Lampard has been appointed the new Chelsea manager and brought with him assistant Jody Morris, who coached in the Blues academy with distinction.

Amongst his backroom staff, there has been a promotion for Joe Edwards, who has coached various age groups and the likes of Sammut, Ruben Loftus-Cheek, Tammy Abraham and Mason Mount since they were just children in the Cobham Training Centre.

Leaving Chelsea on a free transfer to Sunderland after 13 years is an emotional moment for Sammut, but he is excited to take the next steps on his football adventure. However, he will cast his eye back to Stamford Bridge to see how a boosted academy does under coaches who have found a path into the first-team picture.

"If there was ever a time to be an academy player and you hear the news that they are coming then it is a very exciting time," Sammut told Goal .

"Jody has worked with a lot of players in the academy. So you think the door is opening a bit wider.

"Many academy players think maybe I can get in the team here, get into pre-season and work my way into the team. Frank has seen a lot of the academy boys in games and Jody has worked with them.

"Mason Mount and Fikayo Tomori have told me how good Lampard is. You see what he achieved as a player, so the first team is only going to look up to him and acknowledge and take note of everything he is saying. People should listen to him so they will do a great job, I think.

"Joe Edwards was there and he was my coach from Under-8s. He was massive. I have quite a close relationship with him where I feel like I can go and talk to him about anything. Even off the pitch issues, when he and Jody were together.

"Jody was a midfielder himself and played at the highest level with Chelsea and he always gave me excellent advice. Joe and Jody were the ones who assured me that I deserved to be there, which helped me. Then they started me in Youth Cup finals and semi-finals.

"Joe had made me captain of the Under-23s in the Checkatrade and when we got to the semi-final. We were so unlucky after going out on penalties. They know what the boys can do and the [transfer] ban means exciting times for the academy.

"Neil Bath [Chelsea's head of youth development] will be buzzing with it because they might see players that they develop do things with the first team. It is exciting times. Even Chelsea fans should be excited. This talent has been locked away and hopefully, they can come out and shine now."

It may be time for Chelsea to add to the sparse opportunities given to Loftus-Cheek and Callum Hudson-Odoi over the years and boost morale in the academy, as some players for years have sought to exit the club after not believing that they will get a chance in the first team under a revolving door of managers.

Sammut is exiting Chelsea after trying to fight for a spot in the first team and having had a loan spell at Falkirk. He will join a huge list of players who have had the best coaching English football offer at the Surrey Academy, but he wants gametime with League One side Sunderland after a successful trial last season.

"I am hoping I can hit the ground running and work my way into the first team," he continued. "I am 21 now. This is a pivotal time in my career, so first-team football is where I have to be playing. I am going there to try to get in the first team.

"I want to impress in pre-season and get a run of games in me and build from there. This is a great move and opportunity. I had to take it. I want to build on that and my ultimate goal is still to be a Premier League player.

"In any dream, you have to take steps. Hopefully, this is a step to achieve that goal one day."

Three FA Youth Cup winners' medals and one UEFA Youth League title is in the trophy cabinet of Sammut, who earned those honours playing under the likes of Morris and Edwards, among others, in an academy that is used to success.

The Scotland Under-21 international was a winger at his local club Bearsted FC before getting offered the chance to train with Arsenal. He would then choose Chelsea ahead of their London rivals and become a defensive midfielder after trialling several positions.

"You had the likes of Loftus-Cheek, Andreas Christensen, Charly Musonda, Izzy Brown and Jeremie Boga in my first FA Youth Cup team," the Scotland  added. "It was probably the best academy team we have had on paper.

"It was amazing to be able to train and play with those players. I am proud to say I grew up with that calibre of player. That was great. These are experiences I will take where I go now. I won the Youth League and Youth Cup and I am very proud of it.

"I had Joe Edwards as manager after that but there was me and three others as midfielders and Joe sat me down and said that we were all gifted on the ball. We could all keep it simple but what is it could make me different? I see you could be a player who makes a tackle.

"He didn’t have someone in midfield who makes the tough tackles so I took that on straight away and I used to smash people after taking it so literally. I wanted to show him I could do that. That’s how I am now moulding myself as a player."

Sunderland fans can look forward to a Scotland Under-21 international who models his game on Chelsea and France star N'Golo Kante and ex-Blues midfielder Nemanja Matic, who now plays at Manchester United.

"I want to be someone who wins the ball back and then starts the attacks, almost like a Kante," he said. "You never see me too high up the pitch.

"I will be there to intercept and protect the back four. When I get the ball, then it is to rarely give it away, aim for 90 per cent pass completion and keep the team ticking over.

"It then gives the talented players the ball to do what they do higher up the pitch. Matic was here so I watched a load of Matic videos. Positions he took up to intercept and how he received the ball. It was 10 minutes per day.

"Later on it became Kante because I think like him, I am quite unselfish and would do someone else’s running for them. I am a naturally fit player, I used to love running around clearing up stuff. So that’s his game and anytime I went to a first team game I used just to watch Kante.

"I used to look at Kante, try to play like Kante and think if Kante gets injured that I might get a chance to fill his shoes. It might have been a big dream, he is one of the best midfielders in the world but I thought if I was in training and I would try to do whatever he could do."

Sammut has left Chelsea behind but there is talk of others who he has played with getting their chance under Lampard next season and he hailed the breakthrough of Loftus-Cheek and Hudson-Odoi in trailblazing for the new generation of talent.

"You have the likes of Ruben and Callum who are doing it now," Sammut concluded. "When a person from Chelsea sees an academy player doing well in the first team then everyone is so supportive. They know how hard it is.

"When you see someone doing that you have to be encouraging to them. It does give you that hope. Chelsea is a big club so it is under pressure to win trophies and do well. It makes it hard to trust youth players who are unproven.

"Seeing what Ruben and Callum can do and the way the academy was performing and winning trophies, then England teams having a pool of Chelsea players and winning World Cups and Euros. You start to see our talent is good enough to play."