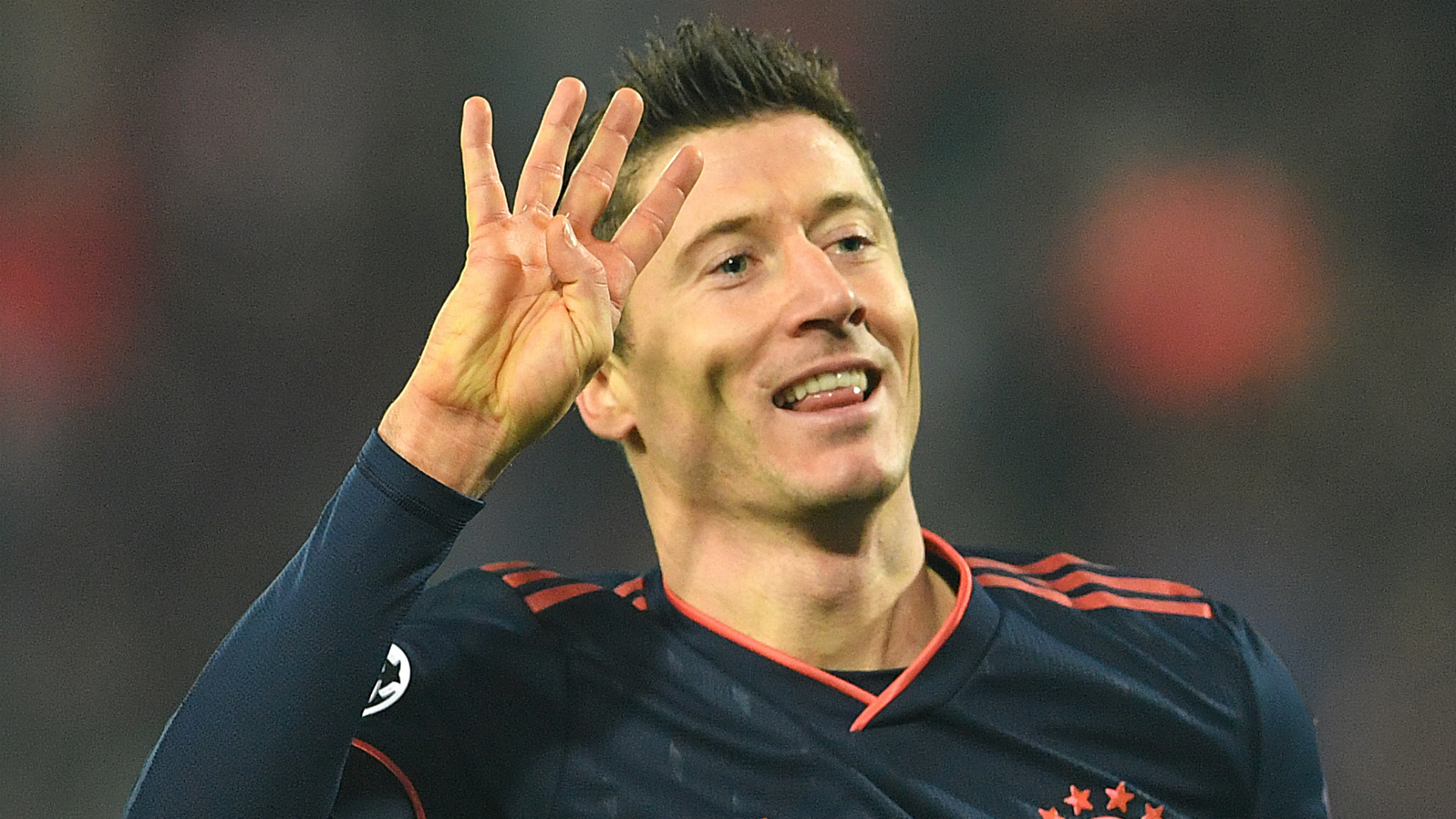 Chelsea do not have a player like Robert Lewandowski who can make the difference in front of goal, according to Antonio Rudiger, who admires the Bayern Munich forward for his insatiable hunger to score week in, week out.

The Blues have relied heavily this season on the talents of 22-year-old frontman Tammy Abraham, who returned to the club last summer after a successful loan spell at Aston Villa.

Abraham has hit 15 goals in 32 appearances across all competitions, but has only just returned to action following an injury lay-off.

Frank Lampard only has Michy Batshuayi and Olivier Giroud to call upon in reserve, with the former struggling to live up to expectations and the latter set to leave the club when his contract expires this summer.

The Chelsea boss will have all three men at his disposal against Bayern in the Champions League on Tuesday , with the first leg of their last-16 tie set to take place at Stamford Bridge.

Rudiger is also likely to be involved, but he has been quick to point out the Blues' failings in the final third ahead of the clash, while talking up the talents of Lewandowski.

The Polish star has scored 10 goals in five Champions League outings this term, while also finding the net on 25 occasions in the Bundesliga.

"We sometimes miss the killer instinct that Lewandowski has, for example," Rudiger told  SID .

"Just the greed for more, this greed in front of the goal. Lewandowski is 31 years old and is still hungry for goals."

Rudiger went on to express his belief that Chelsea need to work on their ability to take advantage of teams on the break, insisting standards have dropped at the Bridge in recent months.

"We have weakened recently with opposing standards and counterattacks, we have to work on that," Rudiger added.

The Blues head into their meeting with Bayern fresh from a morale-boosting 2-1 victory at home to Tottenham on Saturday.

Goals from Giroud and Marcos Alonso earned the hosts a crucial three points against their London rivals, who were only able to get on the scoresheet due to Rudiger's unfortunate late own goal.

The result ensured that Chelsea increased their lead to three points in the race for the final Champions League spot, with Manchester United now their closest challengers in fifth.