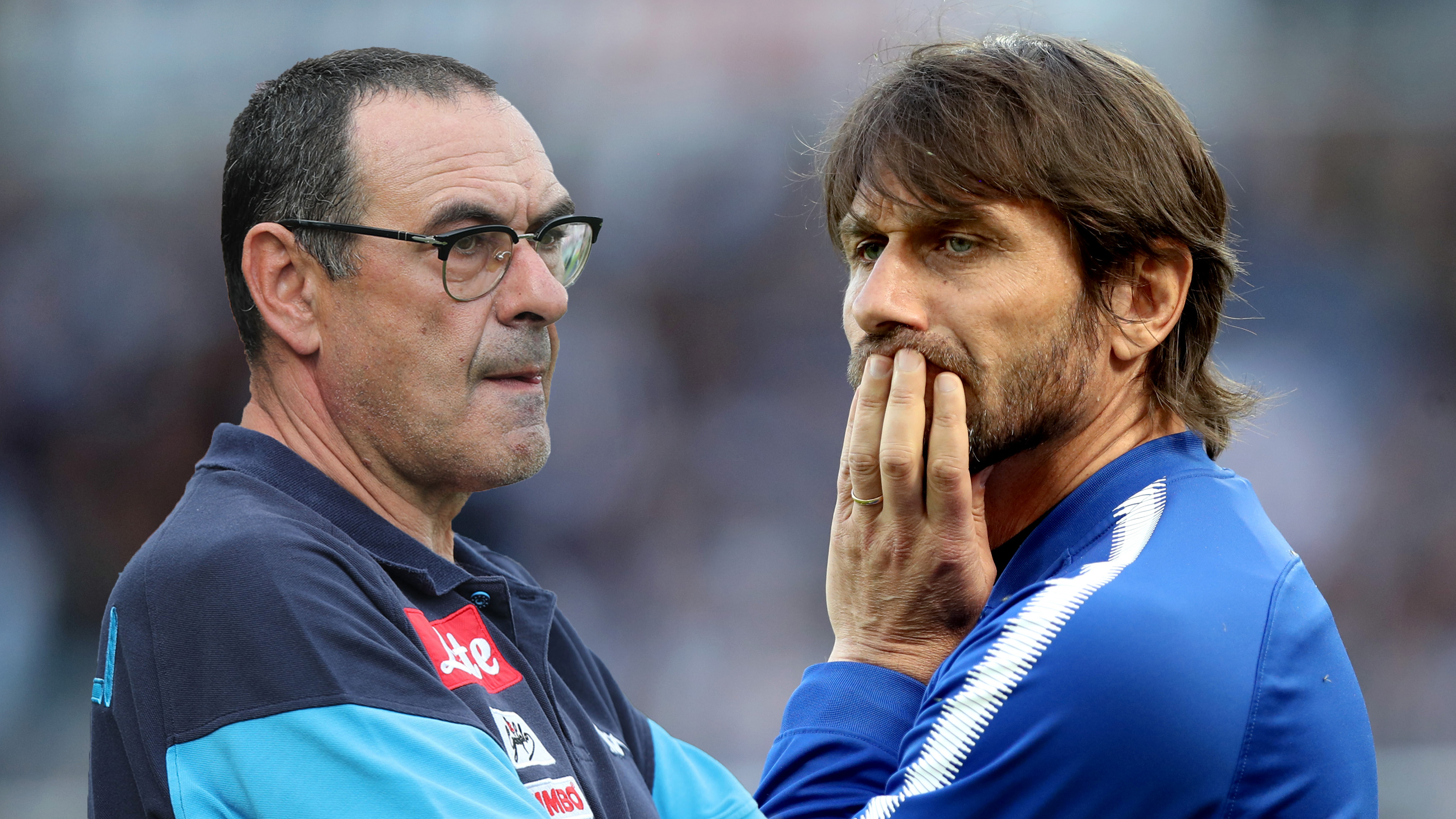 The likes of Jorginho, Alisson, Golovin and Rugani have been lined up to join Maurizio Sarri, who is now all set to take over at Stamford Bridge

Antonio Conte has finally been let go by Chelsea, with Maurizio Sarri waiting in the wings as the next Blues boss.

The ex-Juventus and Italy coach's future had been under fierce speculation for months after he failed to follow up a Premier League-winning debut campaign with success in 2017-18.

But Goal understands that Conte now no longer in charge at Stamford Bridge, and that he wants a £9 million ($12m) severance package as compensation.

Conte took training on Thursday morning, but his exit is now confirmed and Chelsea's players had the afternoon off.

Ex-Napoli coach Sarri, meanwhile, could be presented as his replacement as early as Friday, with the Blues squad already informed over the change in management.

While Chelsea's pursuit of Sarri has been rocky since the end of the season, the club is already working on several transfers requested by the Italian, including a group of targets from Serie A.

Napoli midfielder Jorginho may be the first player to join his former coach in swapping southern Italy for London, as he prepares to take a medical at Stamford Bridge ahead of a €58m transfer.

Brazil and Roma No.1 Alisson is another player currently in talks with Chelsea, with current goalkeeper Thibaut Courtois heavily linked to Real Madrid.

And Sarri's transfer wishlist is rounded out by CSKA Moscow's Aleksandr Golovin, whose stock has risen in recent weeks following a sterling World Cup, and young Juventus centre-back Daniele Rugani.

Eden Hazard and Willian, meanwhile, have been tipped to leave Stamford Bridge, with lucrative moves to Real Madrid and Barcelona respectively mooted for the two attacking stars.

Sarri spent a total of three seasons at Napoli, guiding the club to the Champions League in each of his campaigns and establishing them as Scudetto contenders for the first time since the days of Diego Maradona.

Carlo Ancelotti replaced Sarri as Napoli coach following the end of the season, with a Chelsea move having been on the cards since Conte's relationship with the club's senior management turned sour in 2017-18.