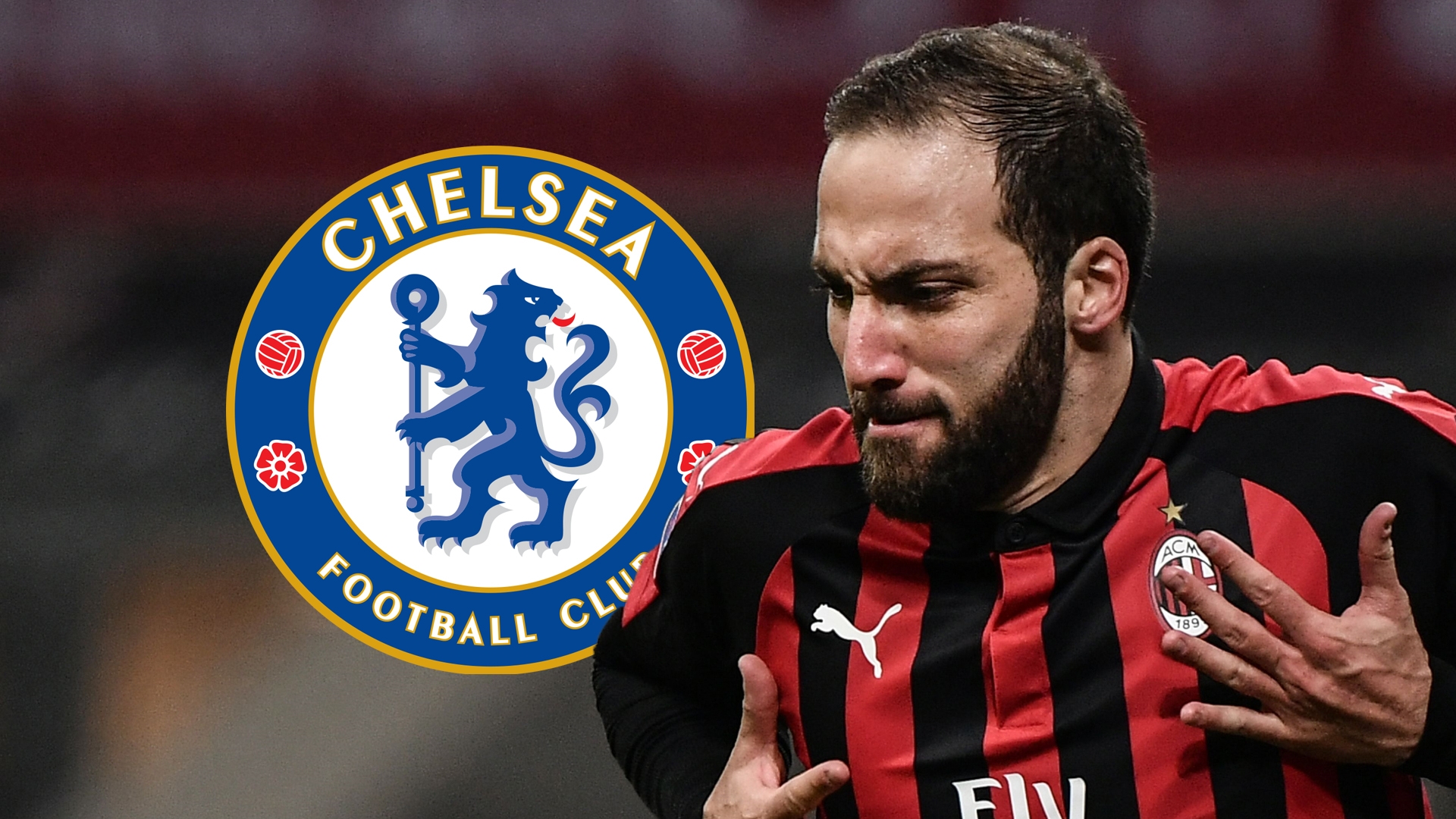 Chelsea have confirmed that Gonzalo Higuain has joined the club from Juventus on an initial loan deal with an option to buy this summer.

Higuain joins the Blues after spending the first half of the campaign on loan at AC Milan, where he scored eight goals.

The forward now moves to Chelsea on loan, although the club has an option to buy for £31.6 million ($41m), Juventus confirmed .

With the timing of the move, the Argentine is not eligible to feature against Tottenham in the Carabao Cup semi-final on Thursday.

Higuain, who will take the No. 9 shirt, comes in as as Alvaro Morata prepares for a loan-to-buy move to Atletico Madrid .

Welcome to London and welcome to Chelsea, @G_Higuain ! 🙌 #HiguaIN pic.twitter.com/DMJN7z8YOL

"When the opportunity to join Chelsea presented itself I had to take it," Higuain told the club's official website . "It’s a team I’ve always liked that has a lot of history, a wonderful stadium and they play in the Premier League, a league I’ve always wanted to play in.

"I now hope I can give back that trust Chelsea have shown me out on the pitch. I can’t wait to start and I hope to adapt as soon as possible."

Higuain was on loan with AC Milan following a stint with Juventus that began in 2016 after shining under current Chelsea boss Maurizio Sarri at Napoli.

Under Sarri, Higuain finished as top scorer in Serie A with 36 goals in 2015-16, equalling the Italian top-flight record in the process.

"Gonzalo was our number one target in this transfer window and arrives with a proven record at the highest level," said Chelsea director Marina Granovskaia.

"He has previously worked with Maurizio to great effect and is familiar with how the coach likes to play."

Higuain could debut against Sheffield Wednesday in the fourth round of the FA Cup on Sunday before Sarri's side return to Premier League play against Bournemouth next Wednesday.

Milan, meanwhile, have completed the £31m ($40m) signing of Genoa striker Krzysztof Piatek in their bid to replace Higuain.