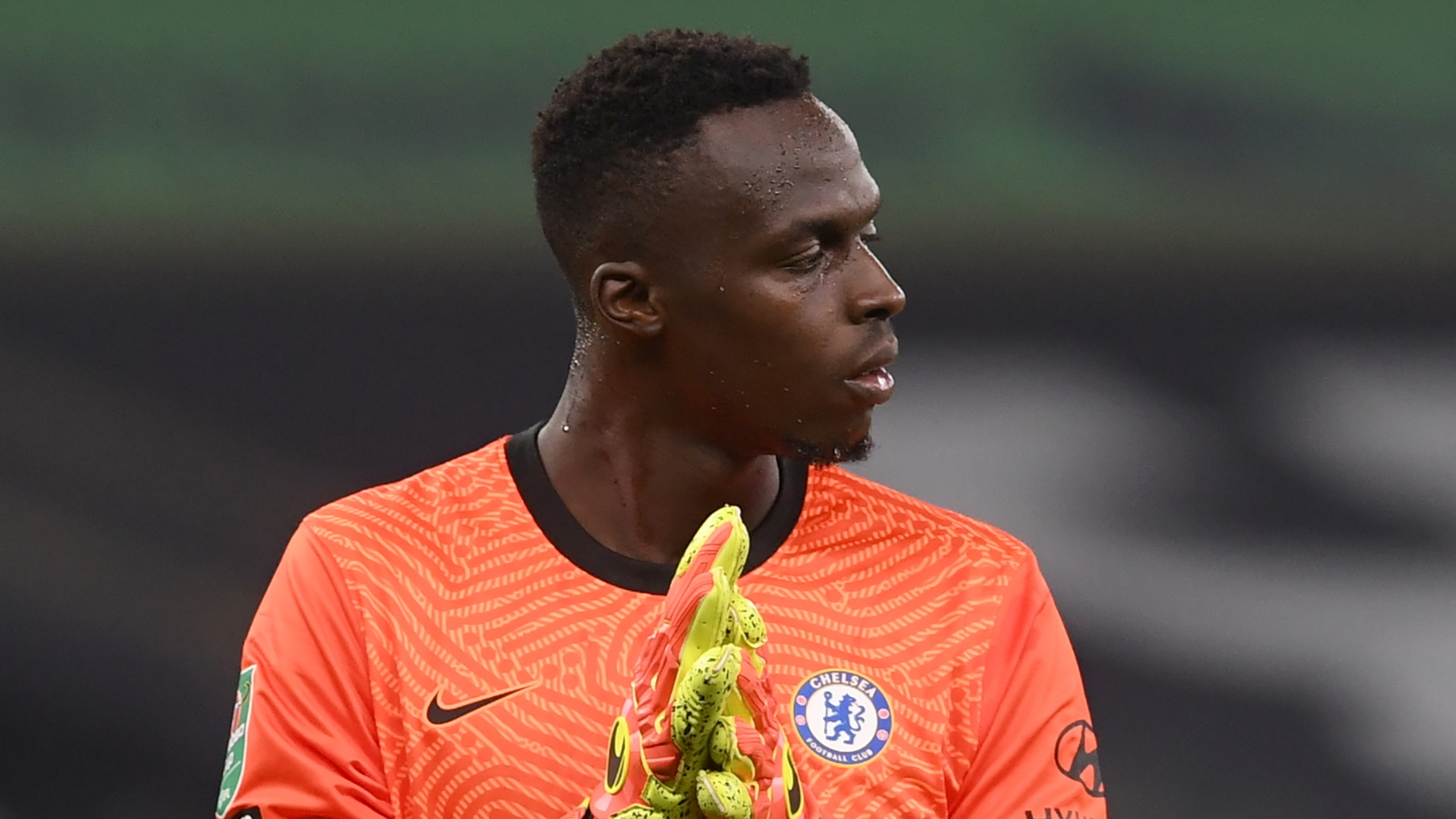 The Blues' goalkeeping woes have led to the signing of the Senegal No.1 from Rennes, and he received his first taste of first-team action on Tuesday

Chelsea head coach Frank Lampard was pleased to see new goalkeeper Edouard Mendy take a proactive approach in his first appearance for the club during their Carabao Cup defeat at the hands of Tottenham.

The Blues' woes between the posts have been well-documented over the past 12 months, with neither Kepa Arrizabalaga nor Willy Caballero doing enough to convince Lampard they could be depended upon for the 2020-21 season.

Mendy was powerless to stop Tottenham converting all five of their penalties in the shootout that ensued after a 1-1 draw at full-time on Tuesday, but the former Rennes keeper nevertheless left his manager pleased with what he saw.

“I thought he was very good. He made a couple of good saves, one particularly good save," Lampard told reporters after Chelsea's Carabao Cup exit.

"He came and caught a few balls, even the one where he came and didn’t catch, the idea that he wants to be positive is not a bad thing. Very, very pleased with every part of his game, really.”

Mason Mount proved the villain of the piece, missing Chelsea's fifth, decisive shootout kick - but Lampard does not believe the error will rankle with the young star.

“I don’t think a shattering blow is what it should be. A disappointing night to get knocked out of the Carabao Cup," he added.

"Mason will have many more nights for this club and for his country where he will play in games with huge importance on them and he will be the deciding factor on a positive note in them.

"He has my support for all times and the team and everybody around it. You miss a penalty, it is a collective when you get to a game like this.

"We were dominant and we want to score more goals at that point because of the amount of possession. Couple of good chances, Callum [Hudson-Odoi] had a good chance at the end of the first half.

"Tottenham will have felt that hard and they changed their game to go longer in their build which meant that our fantastic press in the first half wasn’t as relevant up the pitch.

"They turned us round and made us run backwards, rather than pressing forwards and that becomes really difficult to be fair to the lads. We could have been better on the ball in the second half, maybe dealt with the physical nature of the Spurs game but it slightly changed the case of the game.

"They had chances in the second half but so did we. At 1-0, the second goal finishes it for us and we didn’t get that."