Chelsea beaten with Heath & Foord to come: Have Arsenal solved their big-game hoodoo? 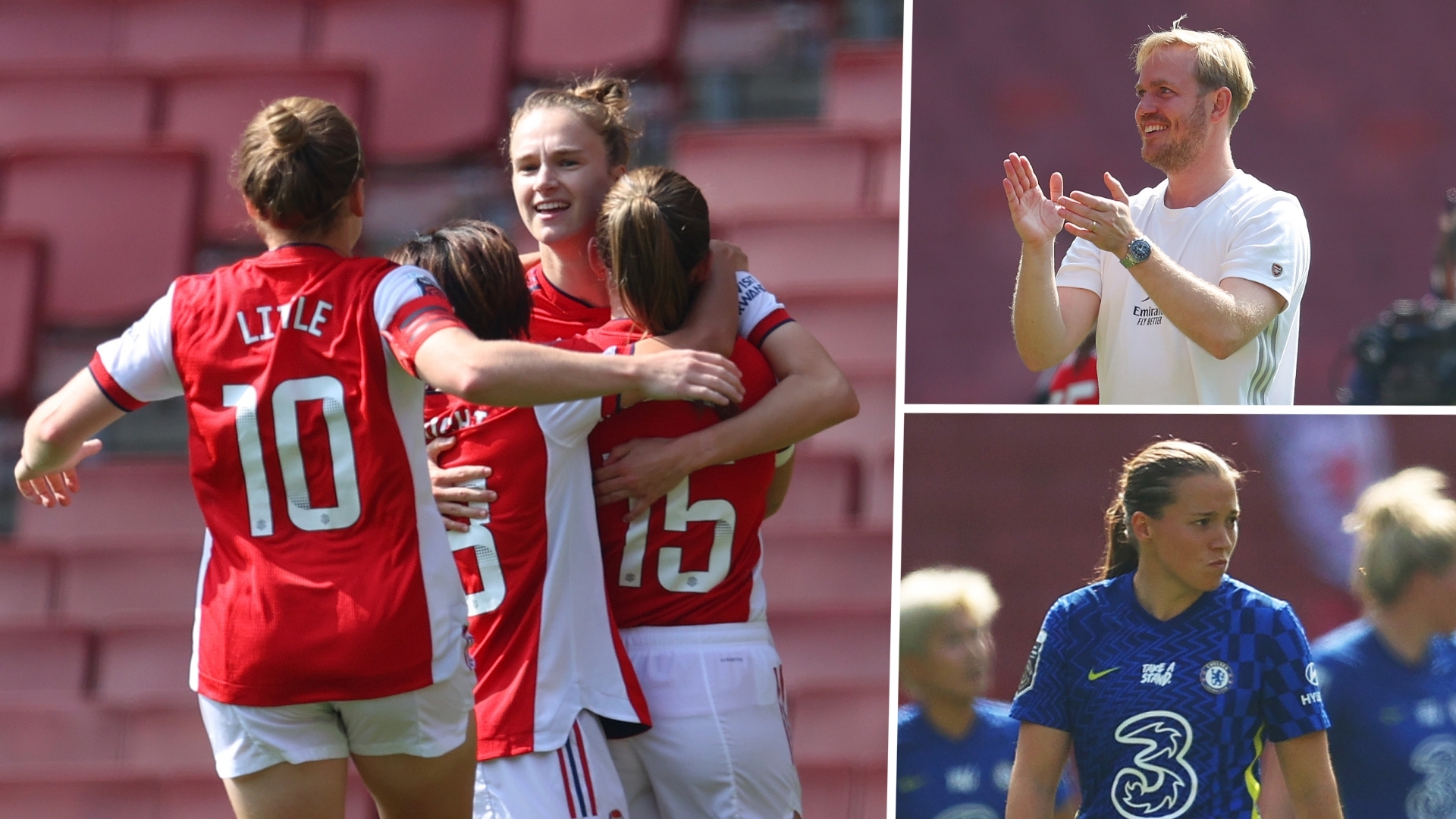 The Gunners were 3-2 winners at the Emirates Stadium on Sunday, having lost five of their last six in the WSL against the Blues and Manchester City

It has been two years since Arsenal won the Women’s Super League.

Incidentally, it had also been two years since the Gunners had beaten either Chelsea or Manchester City in the league, their two biggest rivals in the competition getting the better of them on five of the last six occasions.

That was until Sunday. In Jonas Eidevall’s first WSL game in charge of the club he had long followed from his native Sweden, he led Arsenal to a thrilling 3-2 victory against reigning champions Chelsea.

That U.S. women’s national team star Tobin Heath, signed on Friday, is still to come into this team, while Caitlin Foord, one of the team’s star performers last season, is also missing through a quad strain, made an already exciting performance all the more promising.

The reason that Arsenal have not competed as closely for the title in the past two seasons has been down to results in these ‘big’ games. Chelsea admittedly had both Sam Kerr and Fran Kirby on the bench on Sunday while they rebuild their own fitness, but this was still a statement.

The Gunners’ star forward, Vivianne Miedema, has often been marked out of these games, but she has found success when drifting out wide. When Arsenal drew against Chelsea last season, she burst down the left wing and assisted late on for Beth Mead.

And that is exactly how the Netherlands international got involved on Sunday at the Emirates Stadium.

The first of the home side's three goals was scored by herself, with Katie McCabe playing Miedema in down the left wing. That was an area Arsenal targeted all afternoon, with Chelsea's Jess Carter, a midfielder, and Niamh Charles, a forward, at right centre-back and right wing-back, respectively.

From there, Miedema burst past Carter, cut inside and finished through the legs of the defender.

After playing a gorgeous through-ball in the centre of the pitch for the second goal, scored by Mead, Miedema then had an influence out wide again for the third, setting Mana Iwabuchi free down the right, who found Mead for her controversial second.

It is not all about Miedema and whether she is involved enough when it comes to Arsenal winning these games, but she is one of the best players on the planet. The more she gets on the ball, the more their chances of winning any game increase.

“We put more emphasis on other players' positioning for Viv to be able to have a role where she could both show feet and to go in with runs behind,” Eidevall explained after the game.

“I think she's a very, very difficult player to play against when she gets that decision making because she's obviously a very, very intelligent player. When you give her that freedom, I think goals like the first one will come out of that.”

Asked what he had taken from last season’s games against Chelsea and City, having admittedly “stayed up all night watching every game that the team had played” in the interview process for his new job, the Swede picked out a few other things that helped the Gunners emerge victorious.

“One of the aspects is to say that we need to be better to play out [against] a team that is pressuring us high,” he explained. “That I think was important as well, because Chelsea is a pretty [hard] team to play when they press high.

"[Also], they don't like to sit low and defend. If they have any weakness, it's that. I think that was pretty clear when you saw the Champions League final against Barcelona, [a 4-0 defeat] when they were forced to defend in long spells of the game. They get into problems.

“When they don't choose to defend low at all, then you need to play against their high line and either create high quality scoring opportunities, or you don't create anything at all.

“You can see all the three goals we scored today, they have some similarities in them, right? I think those are the goals that you can score against Chelsea if they don't choose to be lower in defence. Today they didn't choose that. That was the opportunity they were giving us to score goals."

“It wasn't [perfect],” he added. “We are early on the process. I'm early in English football. I [made] a lot of mistakes today from a tactical perspective. I need to learn to know Chelsea better, to prepare my team even better.

“Far from perfect, but the [effort] was perfect from the players all the time, they tried to do their best in all situations and that's why we won. But I hope we have a lot of things to develop.”

There were areas that certainly could be improved, including a number ofshaky moments in defence, with Chelsea looking a threat whenever they pushed forward.

If so, for Eidevall to have shaken off that big game hoodoo in his first league match in charge is impressive.

Chelsea were not complete themselves, but neither were Arsenal. For them to have got this result and looked so good with both Heath and Foord to come in yet is certainly exciting.

For Eidevall to admit that there is still work to do as well is promising. For the first time since they lifted the trophy two years ago, Arsenal look like they will be in the WSL title race once more.