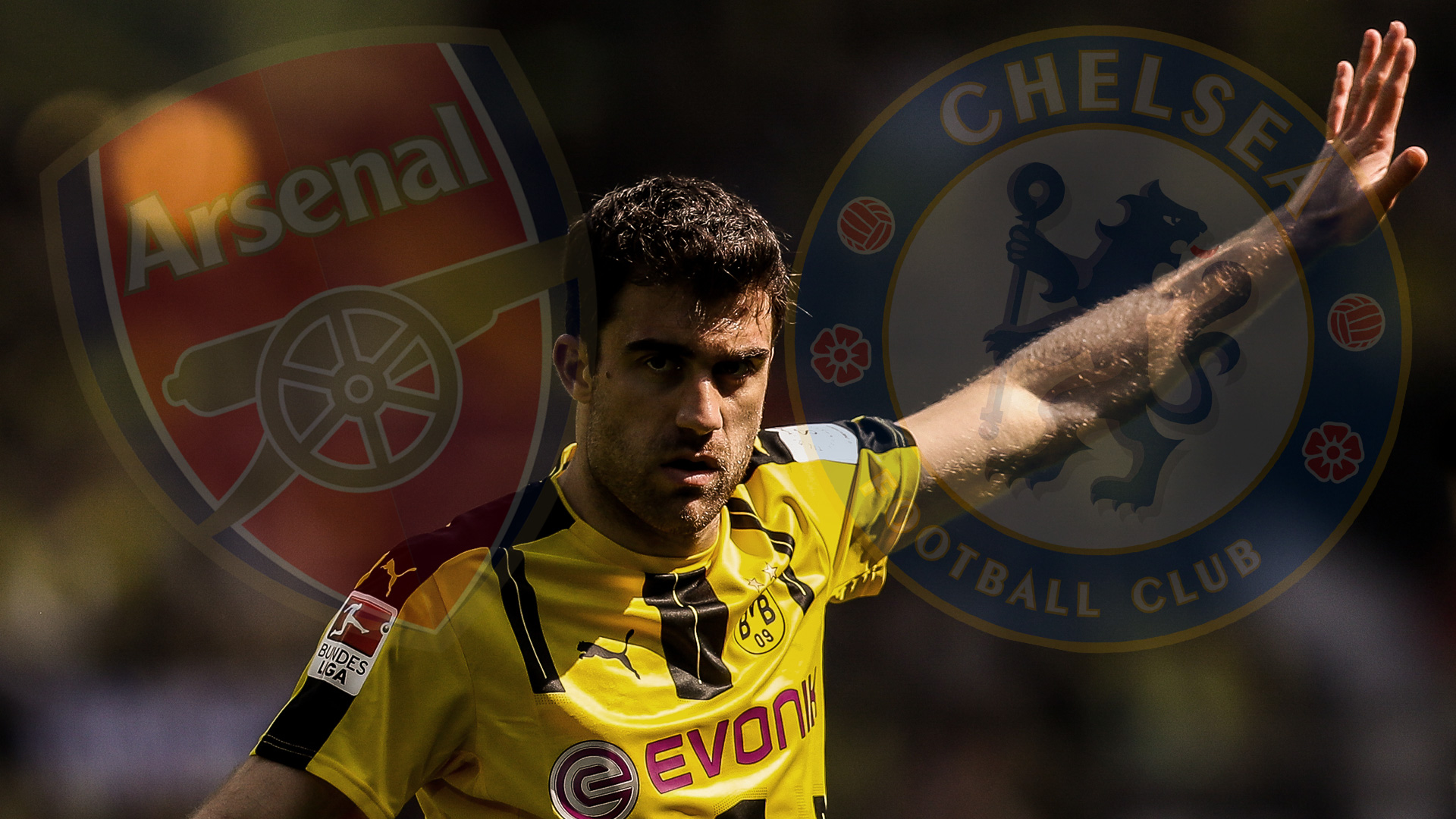 DFB-Pokal first round draw made

The 29-year-old centre-back has suggested he is open to leaving the Bundesliga club in order to win silverware, with the Premier League pair both expressing an interest ahead of next season.

Sokratis, who made 26 league starts under the now-departed Thomas Tuchel at Dortmund last season, and 41 appearances in total, is thought to be open to a switch to England, though is undecided on where his future sits.

The Greece international was part of the Dortmund side which had to win on the last day of the Bundesliga season to guarantee a place in the Champions League group stage, ultimately finishing 18 points behind Bayern Munich as the Bavarians retained the German title.

Following Dortmund's final league fixture, and ahead of the club's DFB-Pokal final against Eintracht Frankfurt, Sokratis told Funke Mediengruppe he felt as though time is running out for him to add silverware to his personal collection, fuelling the speculation of a summer exit.

"If you're young, you have a lot of time to win things," he said. "But I'm not young any more, time is getting shorter and I really want to win a title."

Both Chelsea and Arsenal are in the market to bolster their defensive lines, with Antonio Conte focusing on landing Southampton's Virgil van Dijk up until this point.

Should the Blues miss out on the Netherlands international, however, Goal understands the Chelsea boss will move for Juventus's Leonardo Bonucci, who is open to a reunion with the Italian after turning down the advances of Manchester City last year.

Sokratis, who has a contract with Dortmund until 2019, is not believed to be a priority for the Stamford Bridge club, but the interest still stands.

Arsene Wenger, meanwhile is determined to add to his defensive options ahead of the 2017-18 campaign and has already confirmed the signing of Schalke left-back Sead Kolasinac on a free transfer.