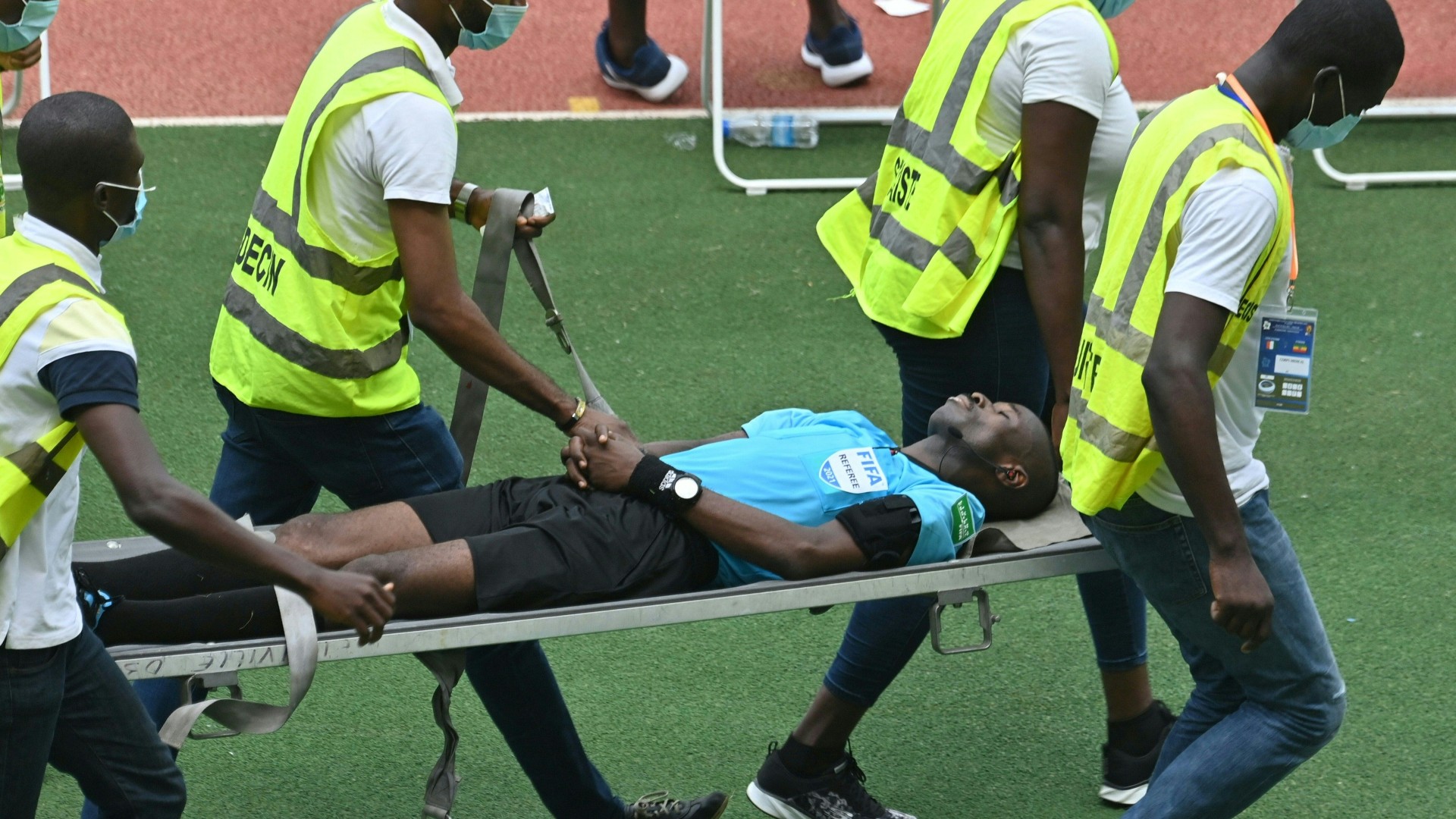 The Ghanaian arbiter, who passed out during the Elephants’ encounter versus the Walias, in an Afcon qualifier, is now feeling better

Fifa referee Charles Bulu is now in a stable condition after collapsing on Tuesday evening.

The Ghanaian arbiter took charge of the Africa Cup of Nations Group K qualifying encounter between Cote d’Ivoire and Ethiopia at the Stade Olympique Alassane Ouattara.

Bulu, 34 – who has been an international referee since 2019 – fell to the playing turf after showing signs of unease.

He was subsequently stretchered off and was taken to a local hospital in Abidjan.

Appreciatively, he is back on his feet as confirmed by Saedeciv – a Twitter handle that monitors the latest news on the Ivorian national football team.

“Hello from the Ghanaian referee! He is fine,” a tweet from them read.

Referee Charles Bulu - who collapsed during Cote d'Ivoire’s Afcon qualifier versus Ethiopia - is now in a stable condition. 💪 pic.twitter.com/kq73gfPW6I

Initially appointed as the fourth official, Bulu ended up overseeing the qualifier after his compatriot who had been scheduled to officiate the match reportedly tested positive for Covid-19.

Even with Patrice Beaumelle’s men leading the Walias 3-1, fourth official Koussi Biro was not eligible to conclude the game as he is Ivorian.

The Ethiopian Football Federation stated that there will be a decision on the outcome of the match.

"The game has been cancelled. The referee has been taken to hospital because he fell sick and fell on the field. Caf decision is expected,” they wrote in a statement.

Should Caf decide to cancel the result – it would be of no significance as both countries are already through to Cameroon 2022 following Madagascar's failure to defeat Niger Republic.

The result at the Barikadimy Stadium, Toamasina ended 0-0 after full time.

Cote d’Ivoire will be making their 24th appearance in the continental finals at next year’s African football showpiece. There, they would be hoping to win the diadem for the third time after previous successes at Senegal 1992 and Equatorial Guinea 2015.

For 1962 champions Ethiopia, they are making a return to the competition since their last appearance in 2013. In South Africa, they crashed out in the group stage after failing to negotiate their way past the Super Eagles, Burkina Faso and Zambia in Group C.