The Gunners are facing up their first season without European football in 25 years, and their American owner must take the blame

When Stan Kroenke first arrived on the scene at Arsenal, the club had just been involved in the Champions League final.

Wind the clock forward 14 years, and London’s most successful club is now facing up to its first season without European football in a quarter of a century.

Under Kroenke’s watch, the Gunners have gone from European heavyweights to also-rans, and on Thursday their slide into obscurity was completed when they were knocked out of the Europa League by Villarreal.

It has been 14 years of decline at Arsenal. There have, of course, been four FA Cups wins along the way, but was that really the idea when they sold their soul and moved from Highbury to the Emirates Stadium?

At Highbury, Arsenal were world beaters. At the Emirates, they have been anything but.

A club once famed for its stability and values, is now a rudderless mess, one that is desperately scrambling around to keep hold of some sort of the identity it once had.

And while there will be some who will point the finger at the managers when it comes to proportioning blame, the rapid decline can all be traced back to one man.

Yes, Arsene Wenger should have left earlier than he did. Yes, Unai Emery was a poor choice of replacement for the Frenchman and yes, Mikel Arteta is now looking like a gamble that might not pay off.

But who appointed Emery and Arteta? Who allowed Wenger to remain at the club for so long by handing him new contracts in 2014 and 2017?

Everything that is wrong about Arsenal right now falls at the feet of the 73-year-old billionaire.

He is an absentee owner in every way, and Arsenal are now paying the price because of it.

“Be excited for the future of Arsenal Football Club,” Stan’s son Josh said during a conference call with supporters in April.

Right now, however, there is very little for fans to be excited about. 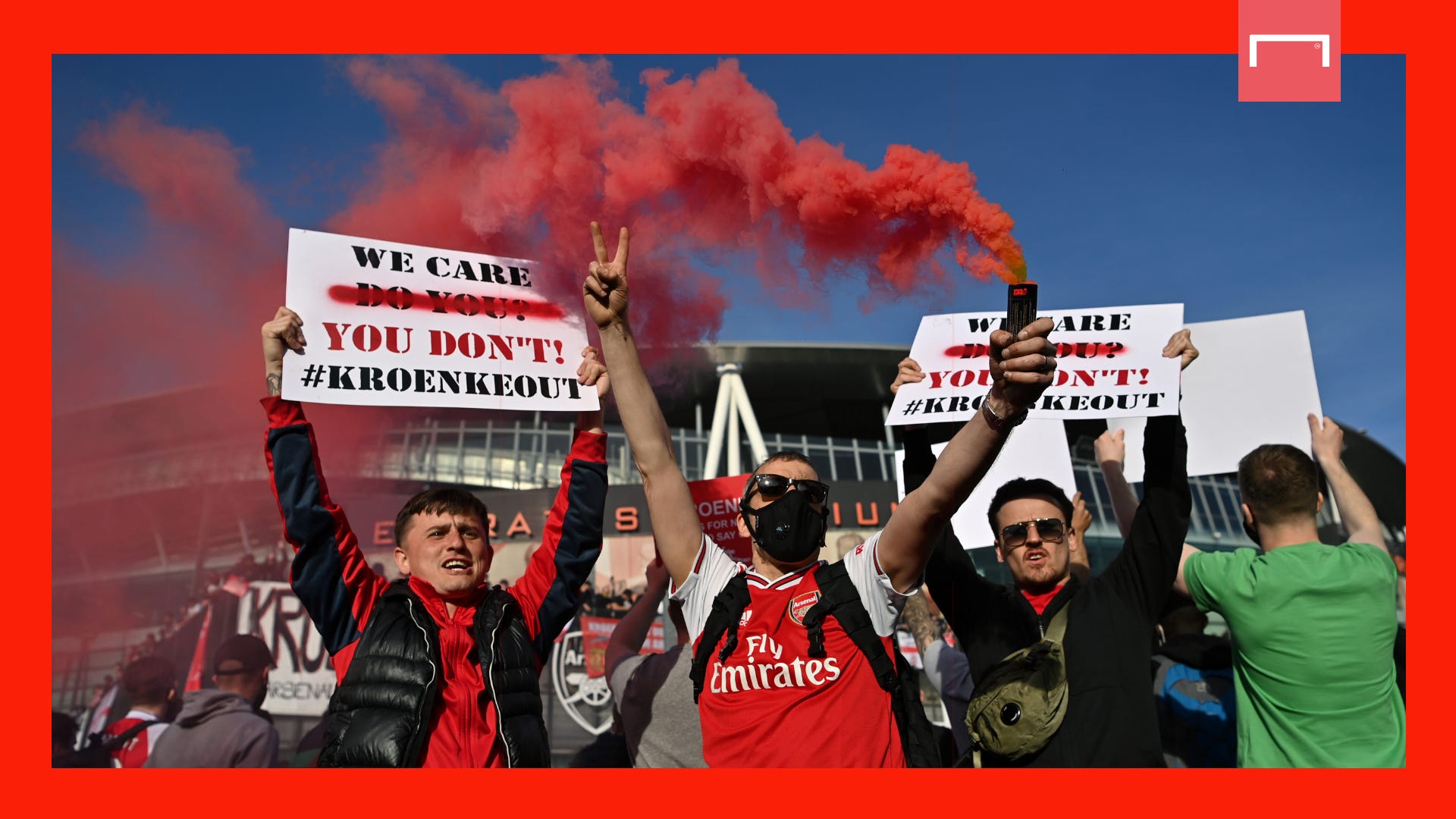 Under the ownership of Kroenke Sports & Entertainment (KSE), Arsenal have lost their way horribly. When you break down the reasons why, it is perhaps no surprise.

While Wenger was in charge, the club did at least have someone at the helm who understood exactly what was needed to stay competitive.

Arsenal may not have been title contenders, but they were still fighting in the upper echelons of the table. Since his departure, however, they have tailed off completely.

Horrible decisions have been made off the pitch and they are having a huge impact on it.

The fact that KSE opted to sign Arsenal up into the ill-fated European Super League was the clearest example yet as to how out of touch the owners are from the fanbase.

Decisions are being made by people thousands of miles away who rarely (or in Stan’s case, never) engage with supporters, and who have little or no understanding of how things actually work in the Premier League.

There will be some who will defend KSE and will point to how much money they have made as proof that they clearly do know what they are doing when it comes to business, but who in their right mind would allow a bunch of novices to run a club of the stature of Arsenal?

And that is exactly what KSE have done.

They have a rookie manager in charge in Arteta, working alongside a rookie chief executive in Vinai Venkatesham and a rookie technical director in Edu. Even academy manager, Per Mertesacker, is in his first job since retiring as a player.

Everyone is learning on the job at Arsenal. So is it any surprise that mistakes are being made?

And there is no-one with any football experience on the board who can question the technical decisions that are being made.

“I still believe we're fit to carry on in our positions as custodians of Arsenal,” Josh Kroenke said when defending himself and his father amid the fall-out from the Super League fiasco.

“I might be met with distrust and skepticism, but over time I hope to re-establish a relationship with our supporter groups and show them we're capable of leading the club forward.” 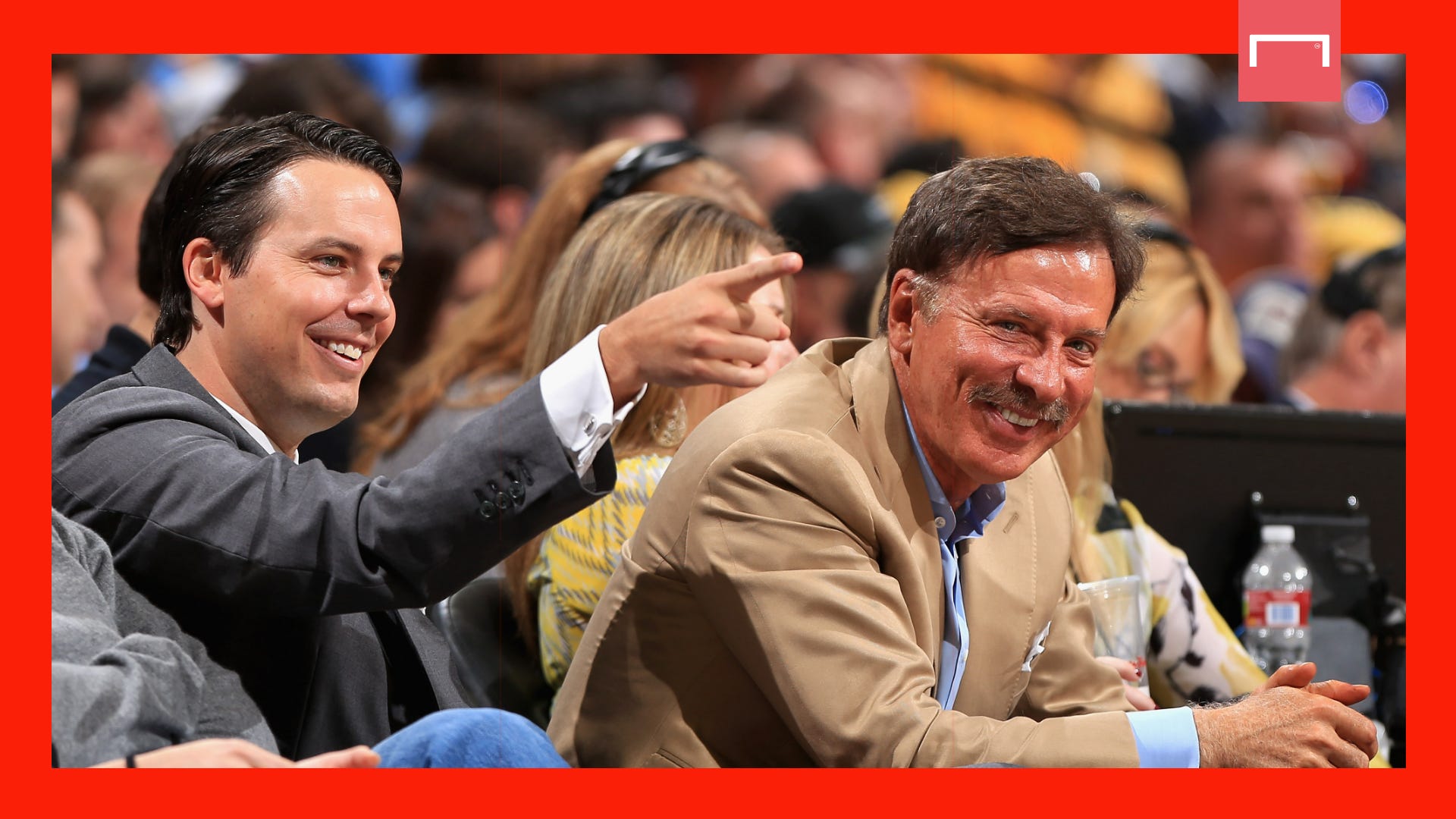 The issue here is that Josh believed there was a relationship there to re-establish in the first place. The Arsenal fans have never trusted his father and the damage that has been done in recent weeks is unrepairable.

"Does this club really matter to him?” That was the question asked by Arsenal legend Martin Keown while discussing Kroenke’s ownership on BT Sport in the aftermath on Thursday night’s Europa League exit.

"He's got six or seven franchises of other football clubs, basketball, hockey - you name it.

"Does he love football enough? We need someone who really wants this club, to own it, to love it, to take it back to where it once was.

"And if he doesn't want that he should step aside and let someone take it who does."

The pressure on Kroenke to sell is now going to increase by the week, with another fan protest planned before Sunday’s Premier League meeting with West Brom.

Spotify founder Daniel Ek is ready to test the water with a £1.8 billion bid and has enlisted the help of Dennis Bergkamp, Thierry Henry and Patrick Vieira to get the fans onside.

"He wants to reinject the Arsenal DNA, the identity that's gone," Henry said. "You don't have Arsenal people there among the board that can sometimes show the right direction and that is what Daniel wants to do.

"I think it is going to be long and not easy - if it does ever happen. One thing that I want to reiterate is that Daniel will not move away, he will be there waiting to see if they want to sell.”

For the moment, the Kroenkes are standing firm and insist they will not sell to Ek or anyone else who might be interested in taking control at Arsenal.

They have vowed to back Arteta in the transfer market this summer and to give the Spaniard the tools necessary to turn things round.

Whether they back those words up with actions, however, remains to be seen.

KSE have never put any of their own money into the club since they have taken charge. Every penny Arsenal have spent, has been money the club has generated itself. 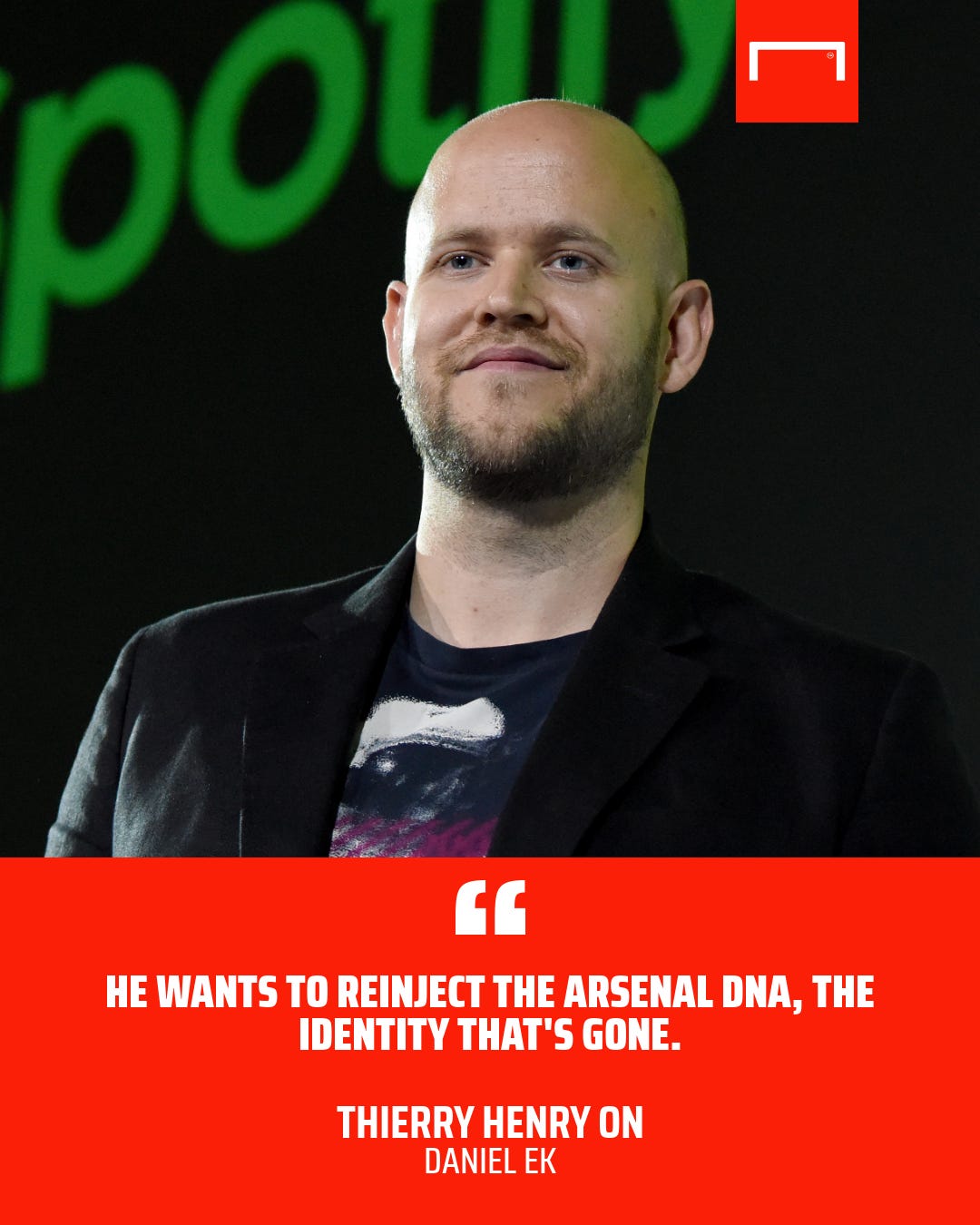 So while some might point to some big transfer fees in recent years, such as the £72m ($87m) that was paid for Nicolas Pepe and the £45m ($58m) outlay on Thomas Partey, it must be remembered that it was Arsenal’s money in the first place. It did not come from Kroenke’s pocket.

But with Arsenal’s once plentiful cash reserves having now run dry due to the crippling financial impact of the coronavirus pandemic, there is very little left to spend.

So if KSE do plan to invest this summer and give Arteta the means to overhaul his woefully underperforming squad, then they will have to pay for it themselves.

Unless they take out loans of course, which the club would then have to pay back with interest. Something that is entirely possible, given the way KSE run things in north London.

And even if money is spent this summer, there is not much evidence in recent years to suggest it will be spent well.

Arsenal have wasted so much of their own cash under the Kroenkes. Since June, 2013, only Manchester City, Manchester United, Paris Saint-Germain and Barcelona have a higher net spend than Arsenal’s £431m.

Again, some may look at that figure and use it to praise KSE, arguing that they have given the club the financial backing that has been required in recent years.

But they are the owners of the football club. The fact that so much money has been spent for so little reward suggests that the people they have employed in key positions have not been doing a good enough job.

Ultimately, the buck stops with the owners and their complete lack of interest has allowed the club’s standards to slip to such an alarming extent.

Arsenal are at a crossroads, and it is 14 years of mismanagement and absent ownership has taken the club down the path to where it now sits, looking up at teams it once used to call its competitors.

Failure to qualify for Europe for the first time in a quarter of a century is the culmination of a series of awful decisions that have all been overseen by one man in the United States.

If Arsenal are to ever get back to where they once were, then Stan Kroenke needs to change and give the club all the tools it needs to reverse the damage that has been done since 2007, inlcuding his undivided attention.

If he is not prepared to do that, then it is time he sold up and hands over power to someone who will.