Former Chelsea, West Ham and England striker Carlton Cole arrived as a marquee signing for Indonesia side Persib Bandung in March 2017, but he didn't know his move was about to throw him into the heart of a political battle at the nation's biggest club.

He flew into Indonesia following conversations with his friend Michael Essien, who thought that the free agent at the time might be a good fit in the fourth most populated country in the world. Cole's arrival sparked a huge positive reaction in the football-mad country, and even his agent Godfrey Torto became a celebrity for bringing over a "Chelsea guy."

Cole left Persib without scoring a goal in 268 minutes of action during his spell of less than five months. The No.9 puts his failure down to a complete breakdown in relationship with the team manager, Umuh Muchtar, who is a controversial figure in the sport having since been given a six-month ban for withdrawing his side from a match against rivals Persija Jakarta.

Persib's head coach Djadjang Nurdjama was a legend at the club but the real power was held by Muchtar, who repeatedly bashed Cole in the media. He said that having Cole on the pitch is "like playing with 10 men," and now the 34-year-old has described his chaotic experience working with him.

"They have a coach who trains you all week but then there’s a manager called Umuh Muchtar who books hotels and oversees the players," Cole told Goal. "We call them player liaisons or club reps in England, but over there it is known as the manager. At Persib, this guy dominates the whole team. 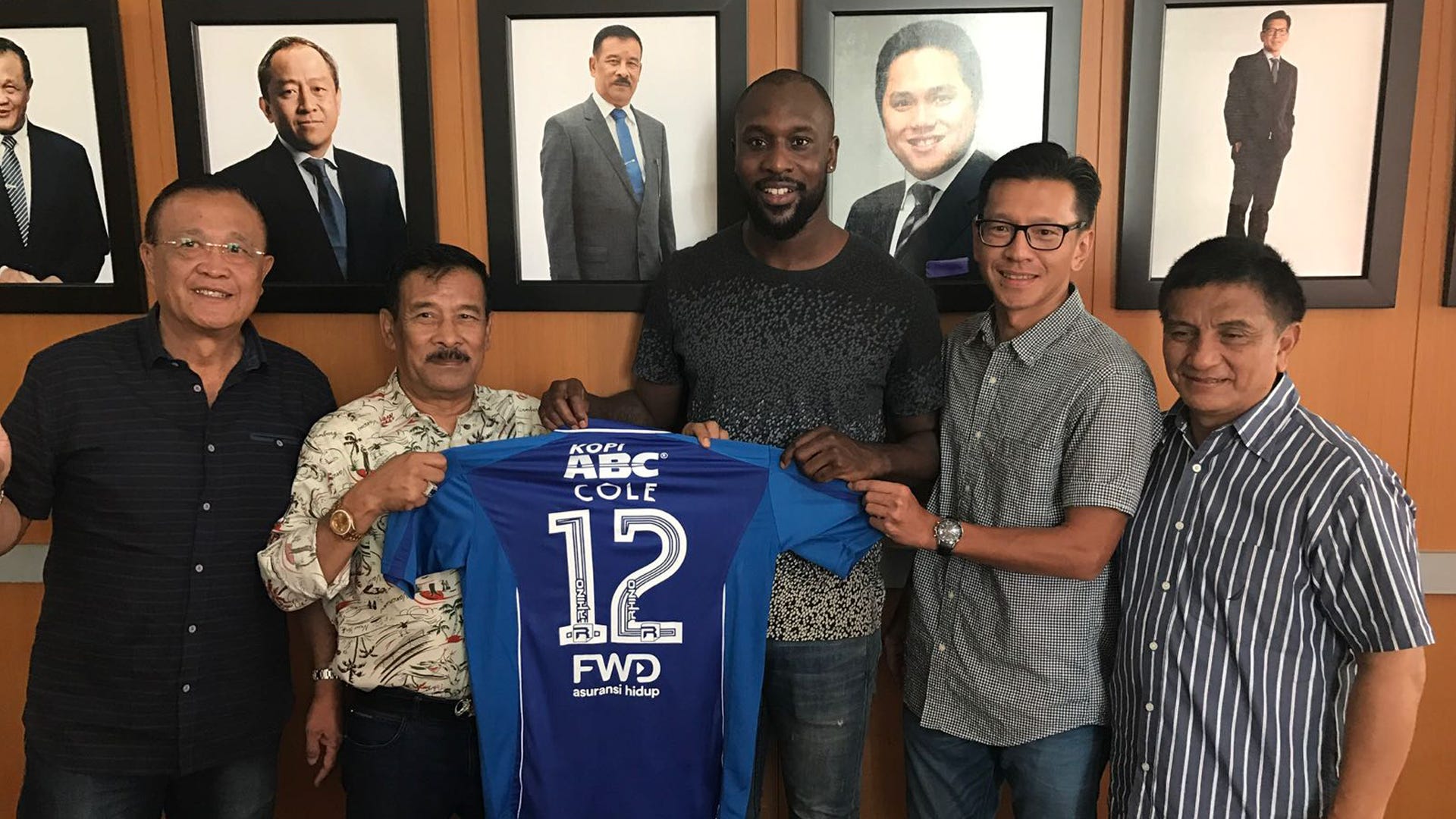 "He won’t be at training and then he will still pick the team for the matchday. The coach who trains you doesn't have much power, the manager picks everything. If the manager doesn’t like you or chooses another player on a whim, then you won’t play, even if you are the best in recent weeks and in training.

"The guy had ties to the police, he provided them with arms and worked with the army. He was a domineering kind of guy. If he doesn’t like things, then he makes sure he does things the way he wants it. I didn’t get along with him because I tried to help teach them a different way to think about football, and even Essien was trying to do the same thing, but he didn’t understand that football is a meritocracy.

"He just decided on a whim that he didn't like me. He didn’t sign me. The owners signed me but they weren’t based in the city I was in. They were in Jakarta. We tried to sort it out but they weren’t local, which is important, and the manager was local and he controlled the team. It was a recipe for disaster. We never resolved the issues.

"The team I played for were the biggest in Indonesia, they are the Manchester United of Indonesia, but actually they aren’t doing too well. It wasn’t just me. Even after I left they are hanging around in 13th place. That’s why I was a bit upset about the way I left. I didn’t want it to end that way. That one guy messed it up for everybody."

Indonesian football had a difficult recent past before Cole even arrived. FIFA banned the country from the international play as recently as 2015, after the government was deemed to have intervened in the sport. 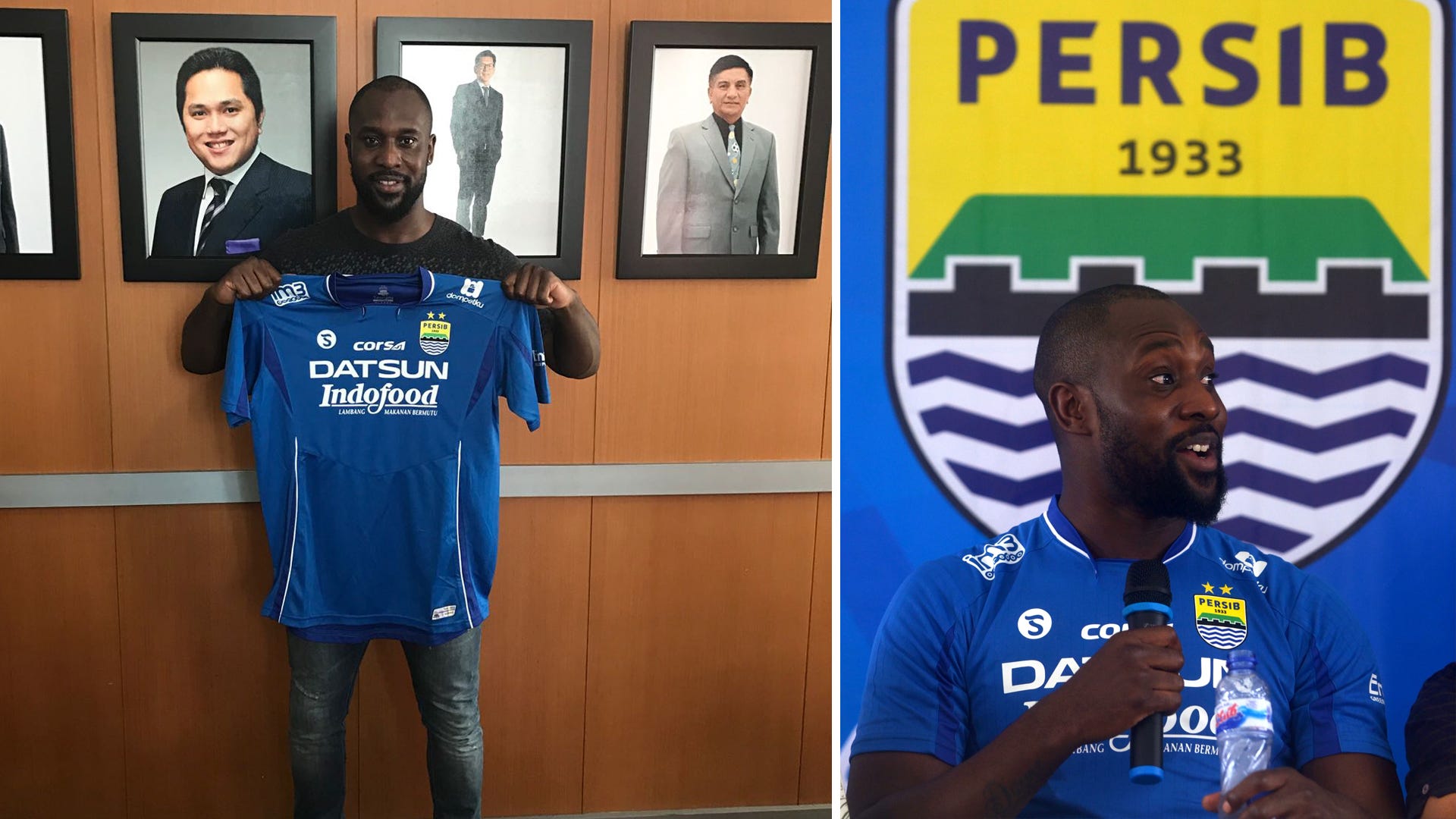 However, Cole was impressed with how business was conducted at Persib. CEO Teddy Tjahjono quickly brokeed the deal to bring him over on behalf of the club's owner Erick Thohir, who also acts as Inter chairman. Muchtar's influence was enough to halt Cole's stay at the club but he holds no other grudges, having enjoyed many other parts of the experience while over 7,000 miles away from London.

"I had an injury after I left Celtic so I just wanted to know I could still play at a good level," Cole said. "I had a knee operation. My agent sorted something out in Indonesia through Michael Essien. Essien then spoke to me and they said they wanted me over there.

"We stayed in Jakarta for three days before signing. We got a feel for the country. Essien was keen for us to go over there because he wanted a friend around. I knew him from Chelsea when I was younger and faced him with West Ham. We had always kept in contact and he was keen to see me over there.

"Michael Essien maybe struggled more [than I did at first] but he now has a house over there and a Harley Davidson. He’s loving life. It was all fine at the point of signing, then my agent left and the dramas started. This guy then went crazy, as he had nothing to do with the deal.

"It may have been a crazy experience but it was one of the best of my life. I learned a lot about myself over there. I am grateful I got to be part of Indonesian football. The fans are unbelievable. The fans carry the team. They live and die football. It is in their blood. They love it.

"There were two fan deaths through hooliganism while I was there. You never see that in England. They could take it too far but they're great fans for the most part." 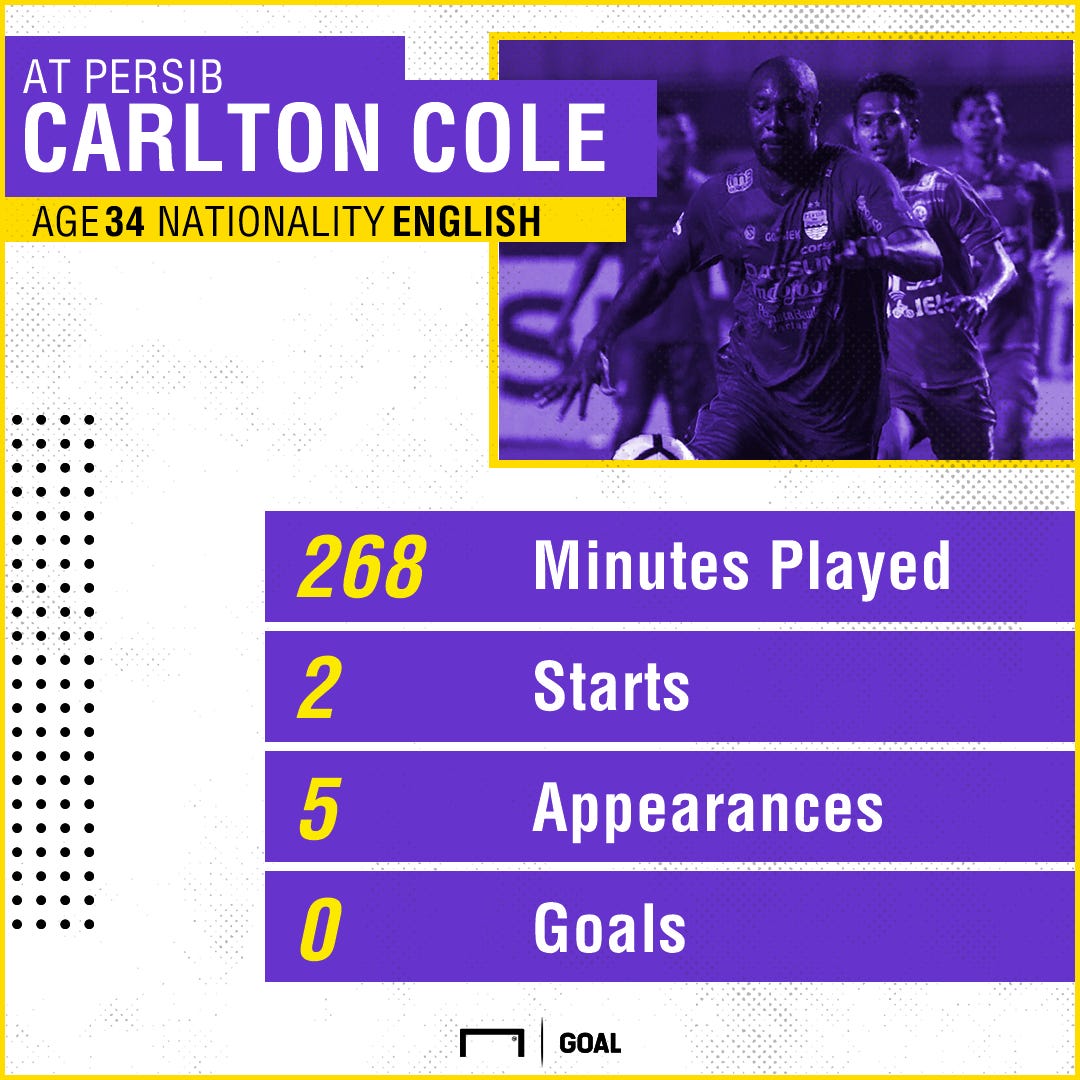 Crystal Palace had recently been linked with signing Cole as they struggled through an injury crisis up front, but there's a belief that the former West Ham striker may be better suited for a Championship club.

Cole is approaching the tail-end of his playing career but it isn't over yet. He also has an eye on becoming a manager and has been inspired to get his coaching badges with the FA - having followed his former club captains John Terry and Kevin Nolan.

"I want to keep playing but now is the time to really take coaching seriously," Cole said. "I am a proud guy. Once my legs go, I don’t want to be overtaken by young kids. I don’t want to be the granddad of football. I want to just look at my other options in the game. I am only 34 years old so I can still play.

"John Terry is the same age and playing and coaching on the side. I want to do the same thing. John has played at every level. He was England captain. I have always looked up to him since I was young in the Chelsea youth team. I want to go down the same path but in my own way.

"Kevin Nolan is another player that I know. He’s at Notts County and has been very successful. He just won Manager of the Month. I look at myself in that sort of ilk and I hope to do that. I have applied for my level two coaching badges. I start that in January.

"I'm working at Ask Godders Academy at the moment to help footballers who have dropped out of the game or youngsters who slipped through the net. I will get experience at this academy. It is one of the best academies in London. I have done talks and coaching sessions with them.

"It would be a crime to not share my knowledge of what I learned in football with these kids. I want to get involved in football and get as far as I can in coaching."

Football in England still has a diversity problem with only five of the 92 Football League clubs having black, Asian or minority ethnic bosses. The lack of diversity in coaching contrasts hugely with that amongst the players, but Cole isn't scared of bucking the trend in his ambition to become a manager.

He counts another Chelsea legend as an inspiration in how to tackle diversity problems in the game, as he looks at how Jimmy Floyd Hasselbaink handled himself at Cardiff City.

"Jimmy Floyd Hasselbaink is my inspiration," Cole said. "He is a good coach, knows football and I want to get to that level, at least! There’s not a lot of black coaches out there. I will take it seriously. I know I can be a successful coach. I just hope for the chances when it comes to it. 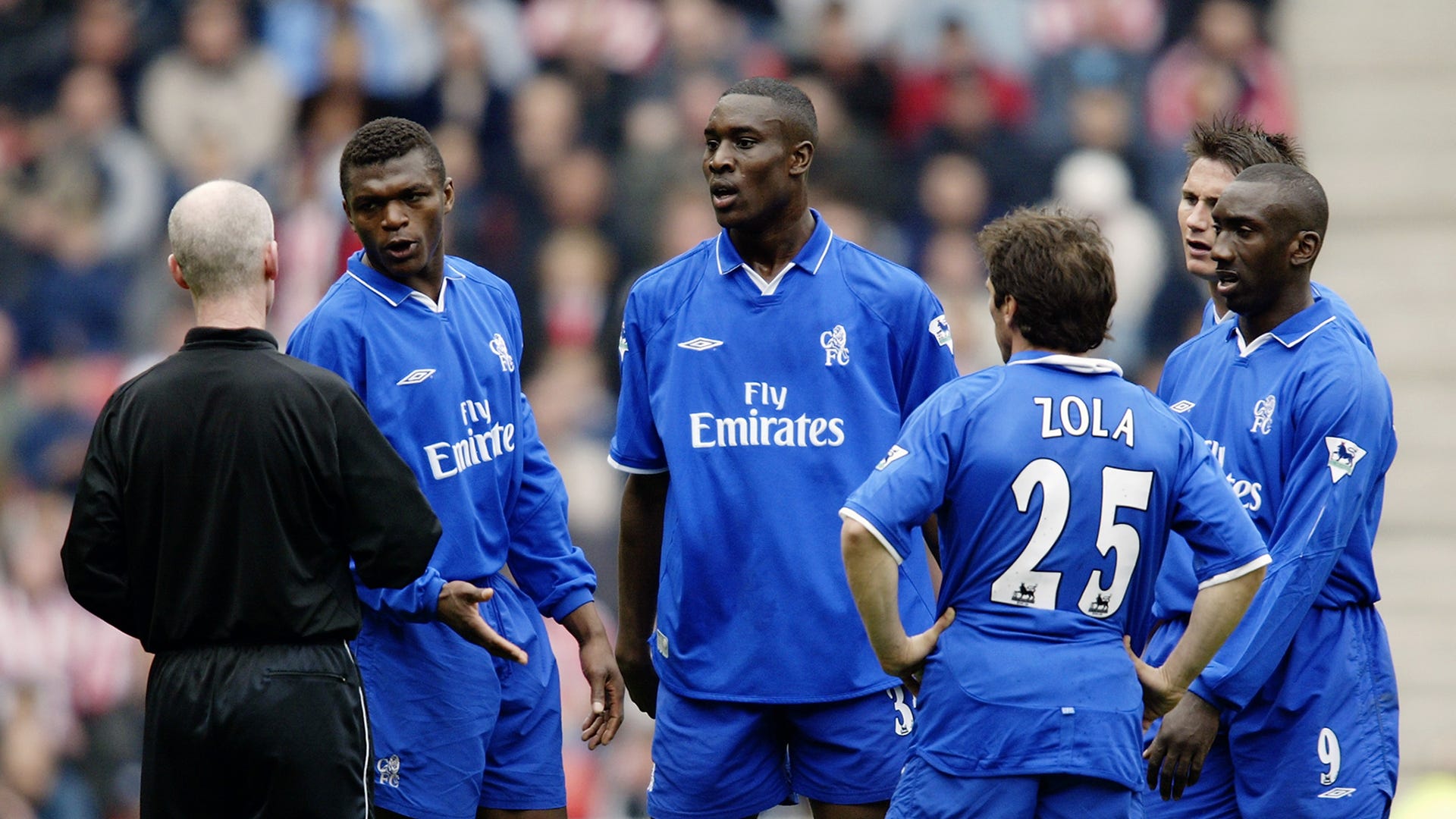 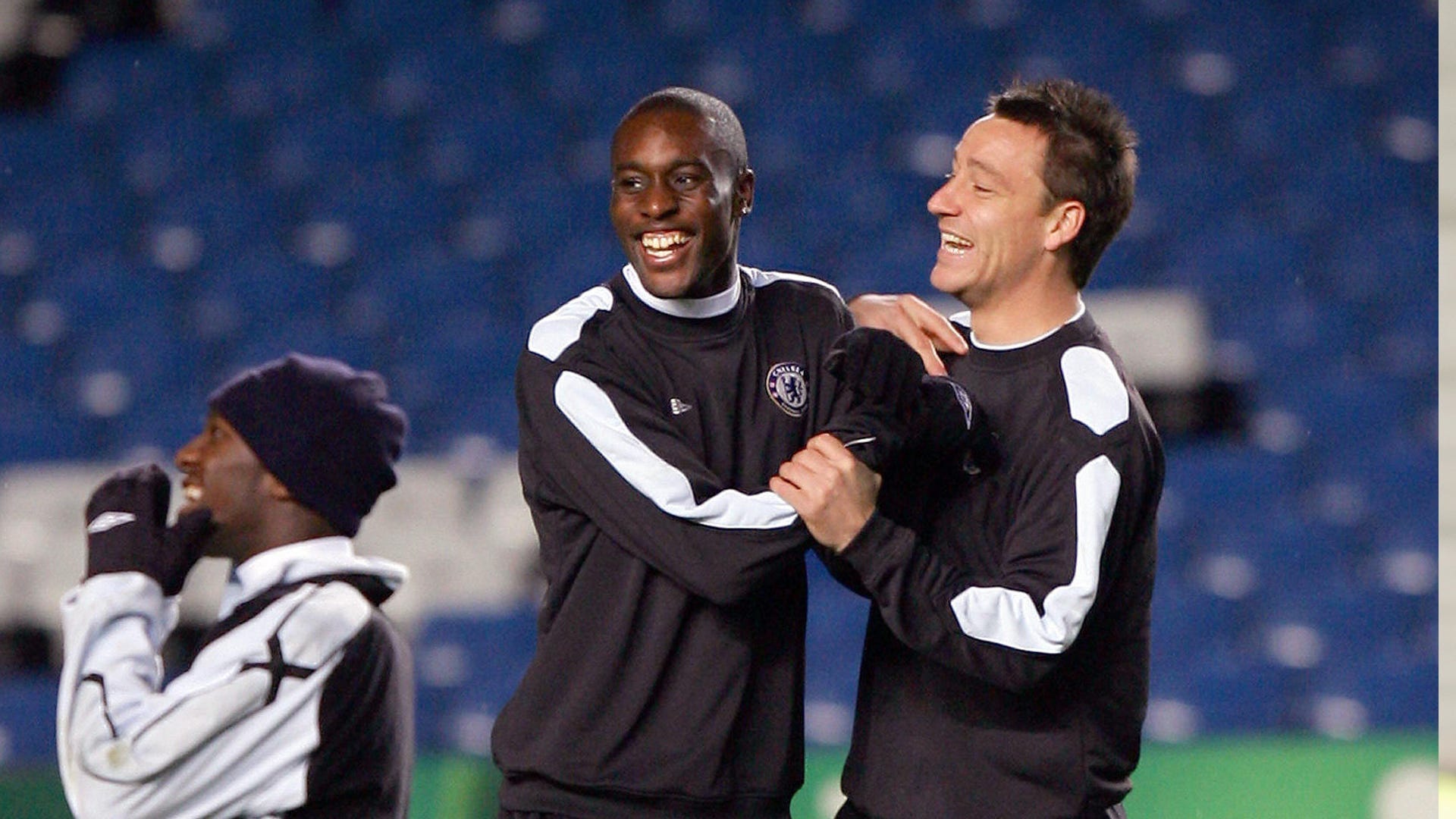 "Some say that the sport is racist, which is why there are few black managers and the game does have a problem in certain areas. But what I put it down to is that many black players have had bad experiences so far in their careers and so when they are asked, 'Do you want to carry on being a coach?' they say, 'No, I will continue on with another part of my life. I don’t want to be involved in this anymore and being a coach could make it even worse for me'.

"Being one of the first black coaches to be successful could make your life worse personally, it might not be worth it. I look at it from another angle. I still don’t understand why more don’t just take it on.

"Les Ferdinand is coaching at Queens Park Rangers. Jimmy Floyd has done well. [Chris] Ramsey also at QPR, [Chris] Hughton ... but I will follow my own path. I won’t accept the stereotypes. I will go into coaching off my own back and be successful, or not. I will do what I wanted to do.