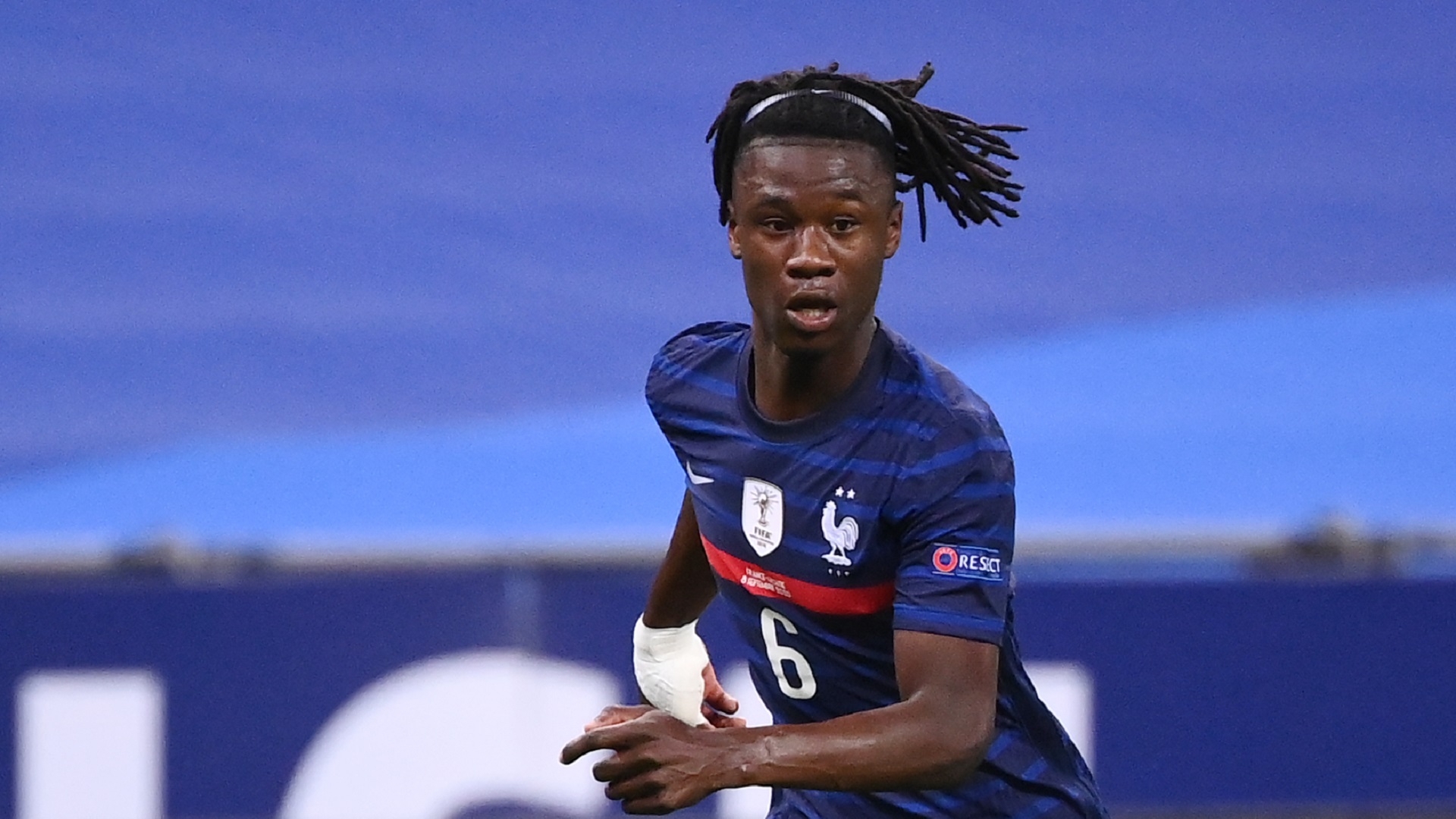 The teenager came on in the second half against Croatia in the Nations League on Tuesday, making history in the process

Camavinga came on in the 63rd minute of France's 4-2 Nations League win over Croatia on Tuesday, replacing N'Golo Kante to make his international debut at the age of 17 years and 303 days.

The teenager became France's third-youngest debutant when he came on the pitch at Stade de France, making him the youngest player to play for France since Maurice Gastiger, who made his debut in 1914 at the age of 17 years and 128 days.

"First of all I feel joy and pride for my family and for all French people," he told TF1 after the match. "I have no idea where this confidence comes from, I have often played with older players, and it surely allowed me to have a greater maturity to play with them.

"It was pretty crazy this first week at Clairefontaine, I had already come with the Bleuets (France youth national teams). I was very well received and it went well.

"Yes, my goal is to come back, of course, and first of all to concentrate on performing well with my club because we have a match on Sunday and then with the national team if I am called back."

Though Real Madrid have been credited with an interest in Camavinga, the teenager has insisted that he will stay with Rennes for the 2020-21 season.

Camavinga has said he is inspired by Paul Pogba  and has been compared to his countryman, who helped lead France to the World Cup title in 2018.

Pogba scored in the final against Croatia, which ironically ended with the same 4-2 scoreline as Tuesday's match, as did Antoine Griezmann.

Griezmann netted again on Tuesday, levelling the match in the 43rd minute after Dejan Lovren had opened the scoring for the visitors.

The Barcelona man's goal was his 31st for France, taking him into a tie with Zinedine Zidane for fifth in his country's all-time international scoring list.

Griezmann would also notch an assist on the night, as his corner kick found Dayot Upamecano's head in the 65th minute to give France a 3-2 lead.

It was Griezmann's 21st assist for France, with only Henry (25) having registered more assists for France in the 21st century.

Olivier Giroud rounded off the scoring in the evening with a penalty, making it four successful penalties from four attempts with France, and bringing him within one goal of Platini on France's all-time scoring list.