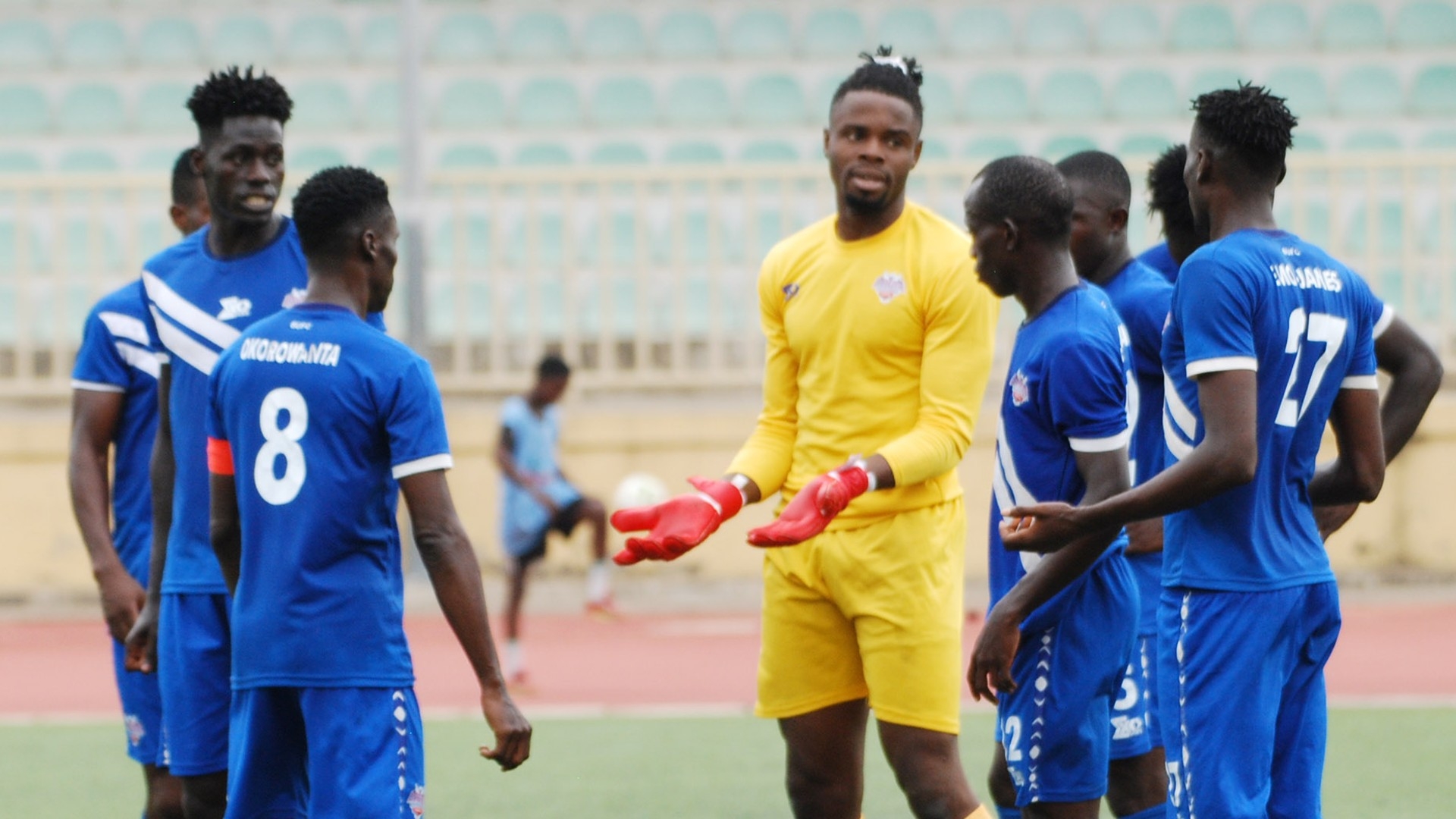 Having silenced Guinean side AS Ashanti Golden Boys in the preliminary round of the tournament, the Nigerian National League side were zoned against the Juventus of the Arabs, who have won the competition on three occasions.

However, it was Bayelsa United who had the last laugh thanks to Victory Beniangba’s effort on the hour mark.

The Yenagoa-based outfit could have scored at least three goals, albeit, profligacy in front of goal was their major undoing.

Also, kudos must be given to goalkeeper Mohamed Gaaloul for keeping the scoreline low for the eight-time Tunisian Ligue Professionnelle 1 winners.

Speaking to Goal after the match, goalkeeper John Shaibu is delighted with the result, although states that his team faces a tough challenge in the second leg.

“It was a very tough game but I am delighted that we were able to get a win as well as keep a clean sheet in Yenagoa.

“We gave our hearts out and I’m glad that our efforts paid off. We would have loved to score more than one goal, but you know it was not easy against a big club like CS Sfaxien.

“They came at us but we were able to hold on and prevent them from scoring. We showed them some respect but we were not carried away by their pedigree in African football.

“We are not going to celebrate this win yet because we know that we still have a tough game ahead of us in Tunisia.

“With luck on our side, we will be hoping to make it to the Confederation Cup group stage. And there, anything can happen.”

Diepreye Teibowei's men must avoid defeat in the return leg billed for Stade Taieb Mhiri Sfax, to stand a chance of reaching the competition’s group phase.

Bayelsa United won the 2021 Aiteo Cup after defeating NPFL side Nasarawa United via a penalty shoot-out following a 2-2 draw after extra-time.

Aside from becoming the first team from Nigeria’s second division to lift the prestigious cup since Dolphins FC's feat 20 years ago, the Yenagoa-based earned the chance to represent the West African nation alongside two-time African kings Enyimba.