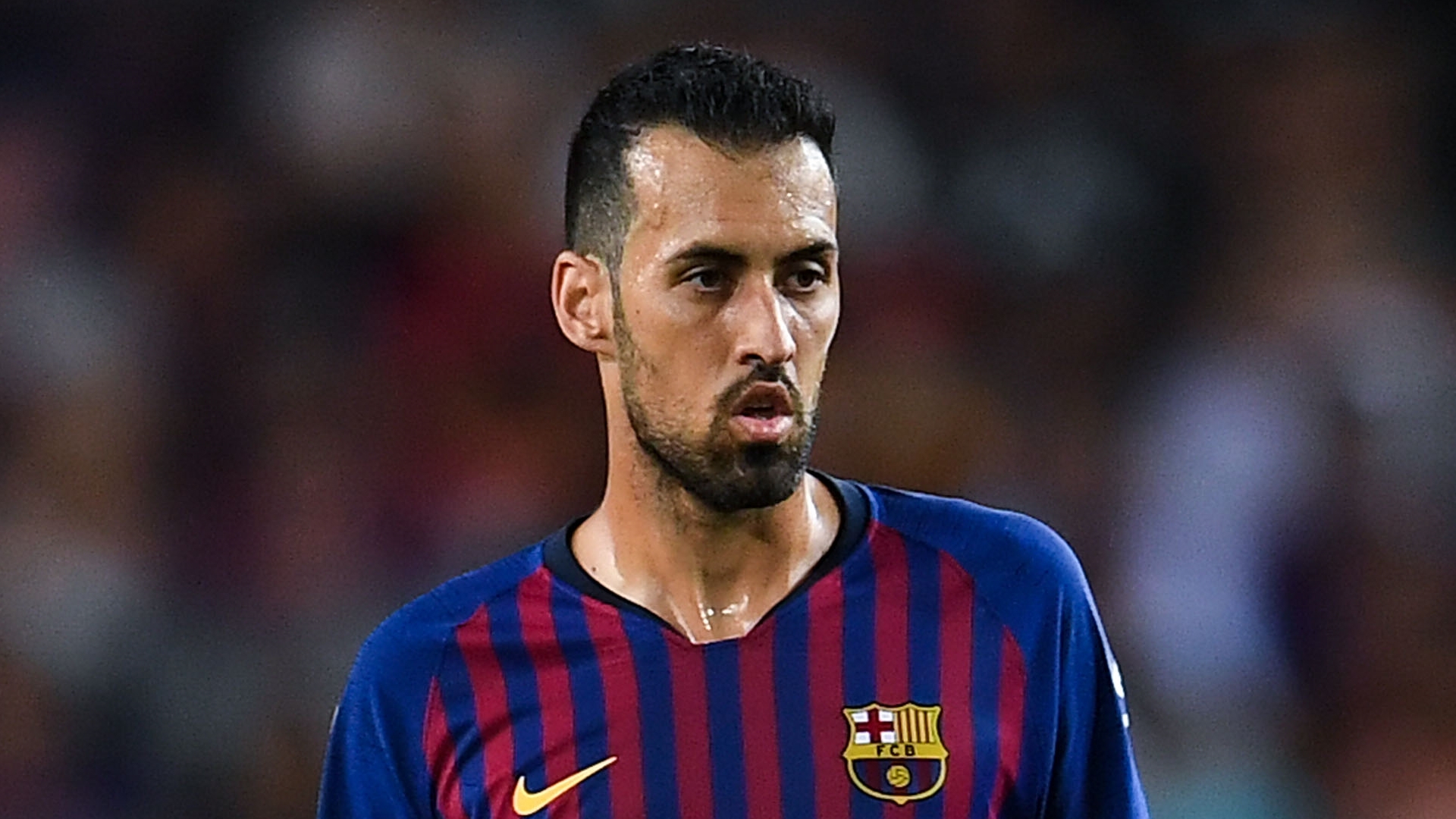 Dimas Delgado, a player who came up through the ranks alongside Barca's long-serving anchorman, regaled Goal with tales of his former team-mate

Sergio Busquets reached 500 matches in a Barcelona shirt in Saturday's visit to Atletico Madrid, a milestone that serves to further highlight the La Masia graduate as one of the most important players in the team.

A player who keeps it simple and shows only minor glimpses of flair, it took a long time for people to understand what Pep Guardiola saw in 'Busi', the gangly pivot that makes up for in smarts what he lacks in pace.

Indeed, the circumstances of Sergio's rise were curious as outlined by former team-mate Dimas Delgado, who claims that Busquets 'was never a defensive midfielder'.

Dimas represented the Barcelona youth side with which Busquets would make his first appearance, replacing his former team-mate in 2008 under the guidance of Guardiola, who was in charge of the Tercera Division side at the time.

Speaking exclusively to Goal, Dimas was able to provide insight into the rise of one of world football's greatest operators in the engine room.

“His greatest virtue is that he was always very intelligent,” Dimas said. “He is a player who understands the game wonderfully and applies his technique to perfection.

“Every time he left his position it was for a reason – he knew what to do at all times. He was more than a number six.

“It's unusual to find people like that in football, someone who helps the whole team and provides balance. And, of course, he has only improved over the years with experience.”

As previously mentioned, Busquets had never played as a defensive midfielder before, rather operating in a Xavi, Iniesta or Rakitic-type role, but Guardiola saw something that others couldn't.

“I had full confidence in [Pep] and [he and Busquets] got to know each other very well. I have no doubt that he saw unique qualities to bet on him as blindly as he did.”

Busquets solidified his place in the development side's first XI in just a few months that year before his meteoric rise to football's elite. So how did the skyward kid go from playing in Tercera to an indisputable starter in the first team so quickly?

“His father, Carlos, is very much responsible for Sergio's success," Dimas explains.

"He inherited his character from his father and he always knew what he had to do and knew how to earn Pep's complete confidence.”

Later, on September 13, 2008, Busquets would make his full first-team debut, a week after the Blaugrana had fallen to a home defeat against Racing. Barca could only muster a draw against Numancia that day, but it was obvious that a precocious young talent had taken his big chance.

“He was given an opportunity after a bad result and in the end he took advantage of it and played well," Dimas said. "He was in the starting XI that day and since then he hasn't left that post.”

Since that day, no one has questioned the now 30-year-old's position in the starting line-up. Yaya Toure packed his bags for Manchester City back in 2010 and his replacement, Javier Mascherano, had to adjust to life in central defence if he had any hopes of serious game time.

Remember it well, folks: it was, and still is, the age of Sergio Busquets.