Buffon sent off on potentially his final Champions League appearance 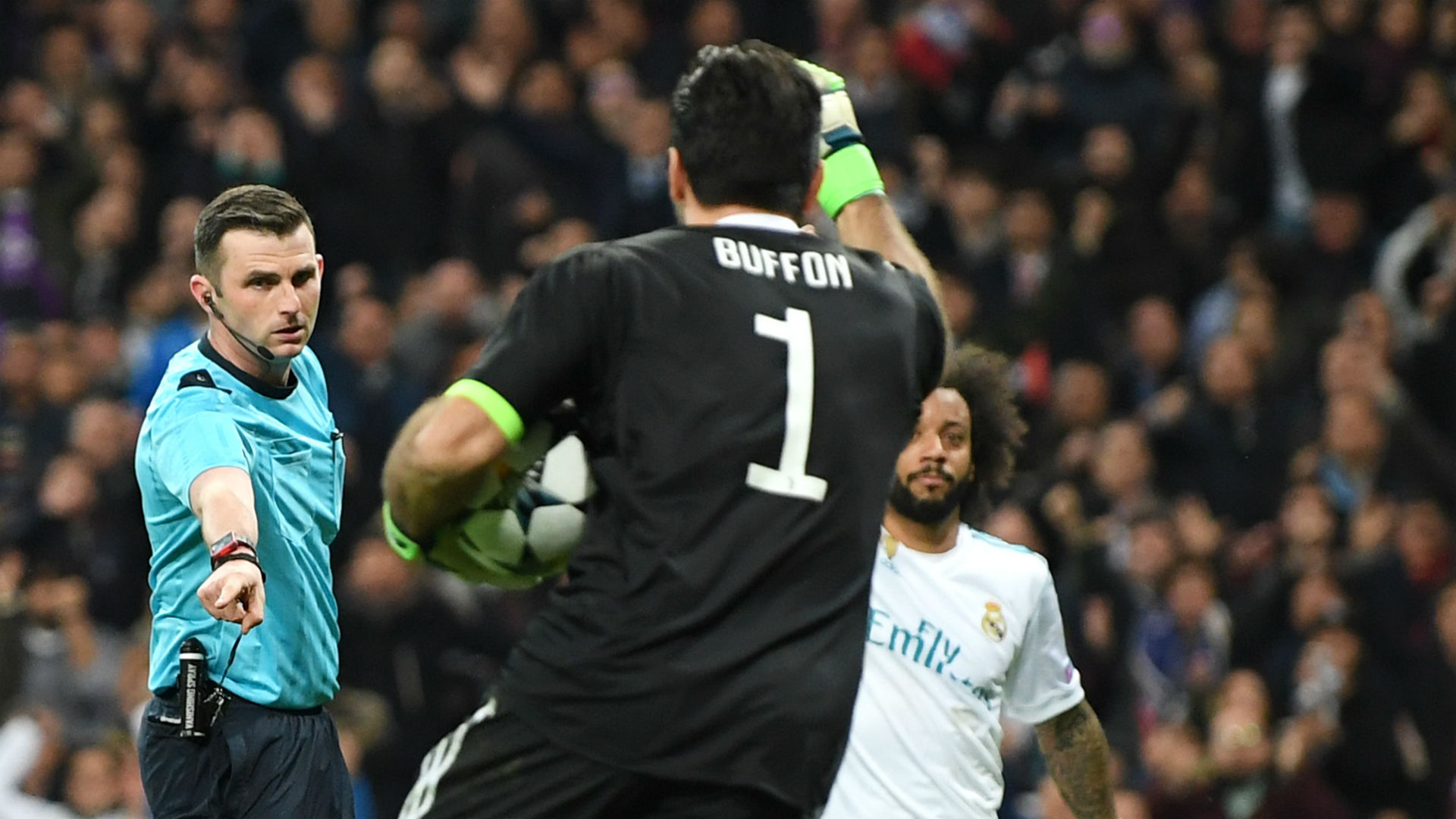 Gianluigi Buffon's Champions League career has potentially come to a sad end, having been dismissed during Juventus' exit at the hands of Real Madrid 4-3 on aggregate.

The goalkeeper saw red for his reaction to a penalty decision given against his side in stoppage time, approaching referee Michael Oliver in an aggressive manner after Lucas Vazquez had been deemed to be fouled in the box.

It proved to be the decisive moment of a tie that had looked like it was destined to be Madrid's by a comfortable margin after the Spaniards won 3-0 in Italy last week.

Juventus, though, staged a rousing comeback at the Bernabeu, with two first-half goals from Mario Mandzukic setting the stage for them to draw level through Blaise Matuidi in the second half, albeit only after a terrible goalkeeping error from Keylor Navas.

The two-time defending champions, though, ultimately prevailed as Cristiano Ronaldo kept his cool and fired the spot-kick into the top corner, past substitute goalkeeper Wojciech Szczesny.

It mattered little they had lost 3-1 on the night, as they came through 4-3 on aggregate.

Buffon had previously been sent off four times in his career, though never before in a European encounter, despite playing 117 Champions League matches.

1 - Gianluigi Buffon has been sent off in the Champions League for the 1st time in his career (117 games). End. pic.twitter.com/0QpObjUmNC

Aged 40, there has been mounting speculation that the legendary goalkeeper could call time on his career at the end of this season.

He has won a raft of major honours during a distinguished time in the game, including eight Scudetti and the 2006 World Cup, but the European Cup has thus far eluded him.

Ironically, the World Cup he won was the last match in the career of Zinedine Zidane, the Real Madrid boss, who was infamously red carded for headbutting Marco Materazzi in that encounter, which Italy won on penalties.