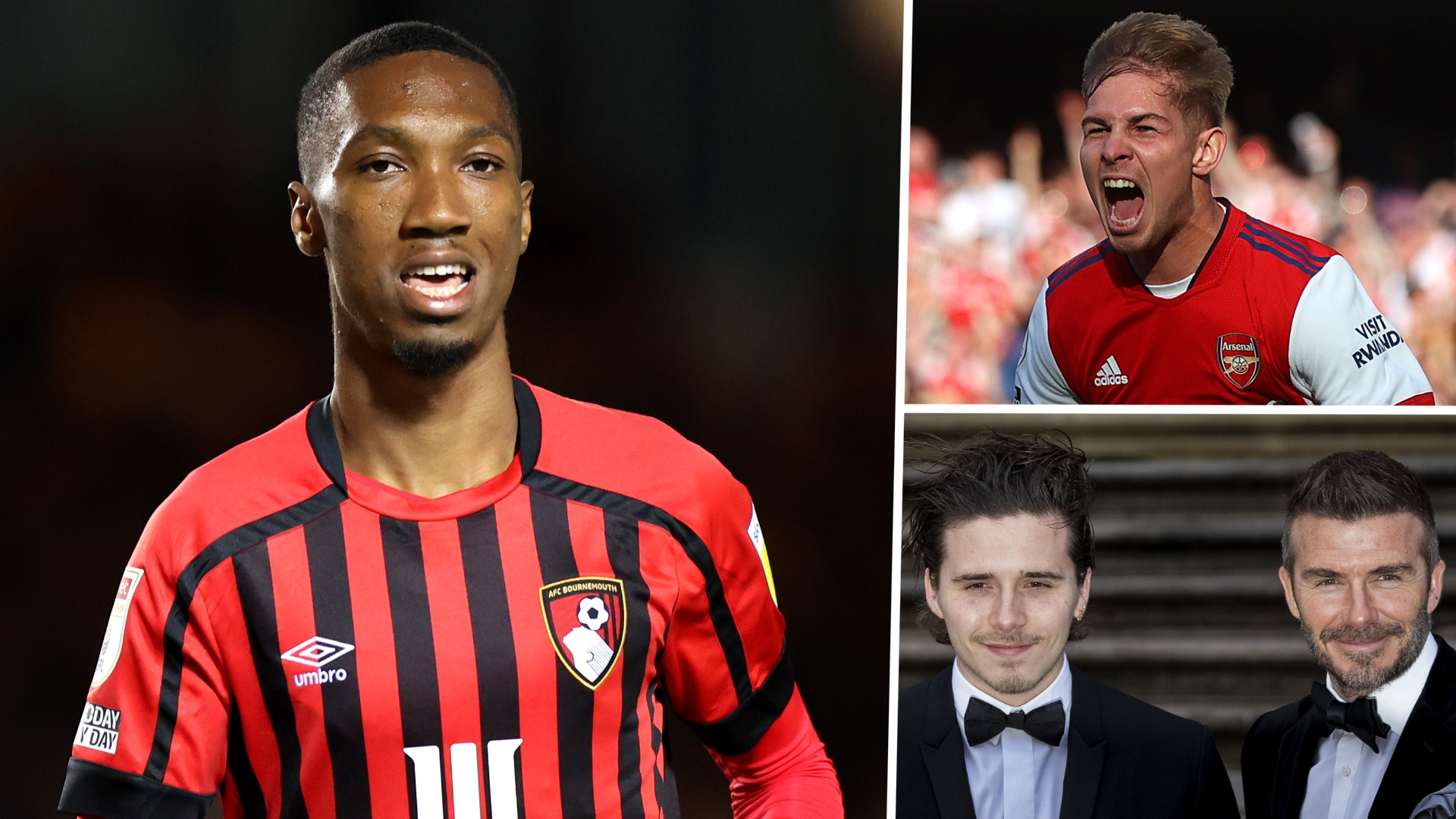 A childhood spent at Arsenal was a happy one for Jaidon Anthony, who got to play alongside Emile Smith Rowe, as well as David Beckham's son Brooklyn.

Indeed, at Hale End, Anthony found himself amongst arguably the best youth generation in the Gunners' recent history.

But while the likes of Smith Rowe, Bukayo Saka, Joe Willock, Reiss Nelson and Ainsley Maitland-Niles broke into the senior squad, Anthony had to tread a different path.

The winger is now riding high at the top of the Championship with Bournemouth but being released by Arsenal hit hard.

"It was that time of year where boys are released or signed," Anthony tells Goal. "It was a tough time and I had to go to tell my mum. It felt strange as I got so used to being there and I knew nothing else.

"I made sure to pick myself up because I knew being a footballer was what I wanted to do, so I got straight back into taking trials all over the country.

"I remember Hull being the first one and I did another at Wimbledon but when Bournemouth came along, it was perfect for me."

Anthony had earned his move, too. Despite being devastated by his Arsenal exit, he kept fit through the Ask Godders Academy, which picks up released players and helps them bounce back.

The Gunners also played their part, making sure that he didn't drop out of the game by helping him organise trials with other clubs. Consequently, Anthony still has nothing but fond memories of his time in north London.

"I chose Arsenal over Chelsea because it just felt like more of a family at the time," he reveals. "I was tiny, I was fast and I scored a lot of goals but Emile was one of the best players in our age group.

"It was amazing to see him score in the North London derby (against Tottenham last month). I know how good that will have felt for him.

"Reiss Nelson was also a level above. We also went to tournaments with Joe Willock in our team, so there was so much talent in the academy at that time. Looking back, I definitely feel it was a special generation."

It also contained Beckham's son Brooklyn. He may not have made it as a footballer but Brooklyn, now aged 22, has since dabbled in music, fashion and photography.

Anthony admits it was initially strange to see former pop star Victoria Beckham turning up at the end of training sessions to pick up her son but that Brooklyn was not only a good character, he was also a talented footballer.

"I played with him a few times," he recalls. "I remember that one time I lent him my shin pads after he forgot his! It was an interesting time having him. He was a very nice guy and just wanted to be one of the lads.

"To be fair, we took him in as well. He was a good player; he was a right winger just like his dad. He surprised me with his skills."

Now, though, Anthony is focused on proving himself as a top-class winger. He's certainly going the right way about it, with the 21-year-old playing a pivotal role in Bournemouth's promotion push under Scott Parker.

"That’s the dream, aim and plan: to return to the Premier League," he admits. "We want to go up and do well. It’s such a tough league, though.

We’ve had a really good start but we are keeping both feet on the ground. We have more to give and you haven’t seen the best of us yet.

"But for me, I have always wanted to play in the Premier League. And then, once I play with the best players in the best league, I will look to the next thing I want to achieve."