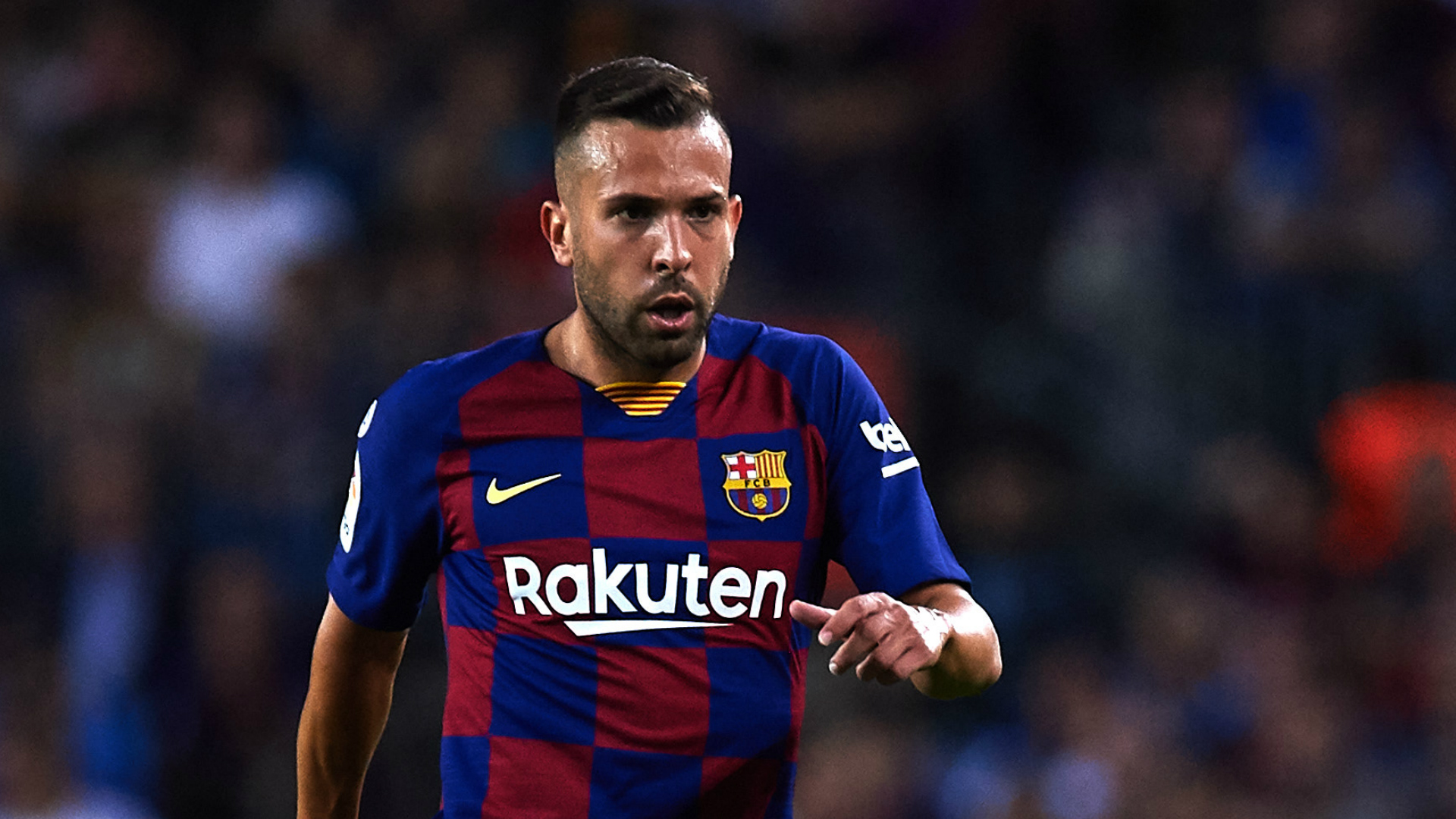 Jordi Alba has been named in Barcelona's squad to face Real Madrid on Sunday after making a full recovery from an abductor injury ahead of schedule.

Alba limped off the pitch in the first half of Barca's 2-1 win over Getafe at Camp Nou on February 15 and was forced to sit out a 5-0 victory against Eibar seven days later.

The Spanish full-back was also unavailable for the Blaugrana's clash with Napoli in the Champions League on Tuesday, which ended in a 1-1 draw, and wasn't expected to return to the fold for another two weeks.

He was, however, able to take part in training with the rest of the senior squad on Friday, and will now be in contention to feature against Madrid at Santiago Bernabeu.

Head coach Quique Setien confirmed Alba's inclusion during his pre-match a press conference, stating: "Alba is doing well, the feelings are positive. He is confident, we will see tomorrow."

Gerard Pique hobbled off in stoppage time at Stadio San Paolo earlier this week with an ankle issue, but Setien went on to confirm that he has shaken off the problem in time for the meeting with Madrid.

"He is fully recovered and will have no problem playing," the Spanish boss added.

Barca moved back to the top of La Liga by beating Eibar at home last weekend and can move five points clear of Madrid if they secure another victory on Sunday.

The first Clasico of the 2019-20 campaign ended in a goalless draw at Camp Nou back in December, but another draw is unlikely to suit either side this time around, with only 13 games left to play in the title race.

Madrid may well be considered underdogs against their arch-rivals after a nightmare week which saw them fall to defeats in both La Liga and the Champions League.

Zinedine Zidane's men were beaten 1-0 away at Levante last Saturday before suffering a 2-1 loss at home to Premier League giants Manchester City in the first leg of their last-16 tie.