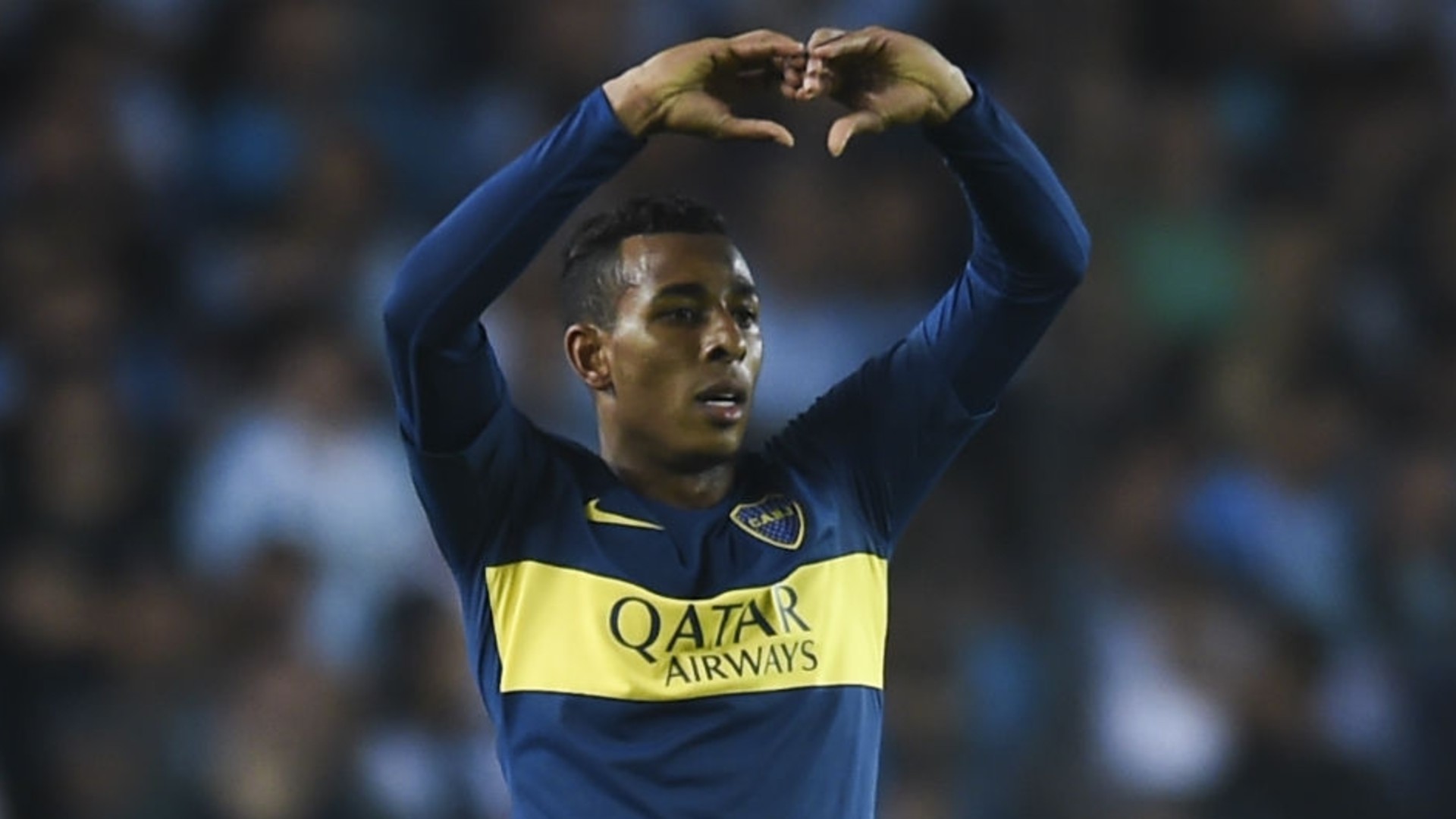 The 23-year-old has been accused of physical and psychological violence by his girlfriend and a former partner; he denies the allegations

Boca Juniors have said they are working with the authorities after the partner of one of their players, Sebastian Villa, accused him of domestic violence.

The Colombian winger has been accused of physical and psychological abuse by his girlfriend, Daniela Cortes, who posted a video on social media showing wounds which she claims were caused by the 23-year-old.

After she posted the allegations online, an ex-partner of the player posted in support of Cortes and said Villa had also been abusive towards her, however,  he replied with a video refuting their allegations.

Boca published a statement on Tuesday saying they were in contact with Villa's representatives and the police in order to try and establish the truth of the matter.

The statement read: "Boca Juniors reports that, given the facts of public knowledge that involve a player from the team, it is already in contact with the player's lawyers and representatives to explore the episode and take the corresponding measures.

"From now on, the club is put at the disposal of the police in order to do everything it can to collaborate for the clarification of the event, in accordance with our commitment in matters of human rights and gender issues."

After the allegations surfaced, Villa - who is currently self-isolating amid the coronavirus pandemic - posted a video on Instagram denying any wrongdoing.

He said: "As a result of what is being seen on social networks, I wanted to tell them that I have my mother, my sisters, my nieces, my cousins; I have women in my family.

"I do not know with what intention this is being published. Starting tomorrow I will begin to clarify the situation with the indicated people."

Cortes had posted a series of pictures on Instagram of wounds to her arms and mouth - including one where blood covers her teeth and lips - which she says were inflicted by Villa, and said she had taken the matter to the police.

She said: “There are threats and everything, saying that he will harm my life and that of my family by calling bad people who work in my city. I do this out of fear, because this man is seen on the social networks or in the press as if he were a wise man and speaks with maturity, but the reality is different. An abuser is both physical and psychological."