Manchester United and Liverpool meet again at Old Trafford on Sunday but expect another dour fixture, after last weekend's 0-0 draw at Anfield

Liverpool's 0-0 draw with Manchester United confirmed what we already sensed but were not yet willing to admit: the Premier League is back in a cycle of dull, risk-averse, and low-scoring games between its elite clubs.

There have been 15 'Big Six' matches so far in 2020-21 and four of them were 0-0s. Nine of these matches ended with only one team on the score sheet. Take out Tottenham’s 6-1 win at Old Trafford in October (a result so anomalous as to be statistically insignificant) and 'Big Six' matches have seen an average of just of 1.36 goals per game.

Not since the 2000s, when Rafa Benitez and Jose Mourinho set the tone, have English football’s biggest games felt this structured or cagey. But it isn’t quite as bad as that: the variables at play this time aren’t purely tactical, but rather a reaction to Covid-19, empty stadiums, and a wide-open title race.

An extremely short pre-season, coupled with a congested fixture list that limits time on the training field, has forced every manager to reassess how they operate tactically.

The vast majority appear to have decided that the best course of action is to focus on defensive solidity over attacking dynamism, taking the safer option to avoid the carnage that briefly descended on the division over the first few months of 2020-21.

Pandemonium on the evening of October 4 spooked the Premier League, and it wasn’t long after Tottenham’s 6-1 win at Manchester United and Aston Villa’s 7-2 destruction of Liverpool that managers found a way to batten down the hatches.

A lack of training time, plus fatigue, has seen pressing intensity drop significantly across the division. This has led to teams dropping deeper, which has improved their defensive records, and has removed their ability to win the ball high and attack the space, thus decreasing their attacking output.

Initially, a drop in pressing led to carnage, but clubs have now settled into a cautious rhythm. Inevitably, that leads to some hesitant chess matches when the big clubs meet. That these players are now physically and mentally exhausted has only increased focus on defending.

Footballers have been playing in empty stadiums for so long it is easy to forget just how dramatic an impact it is having on the action. 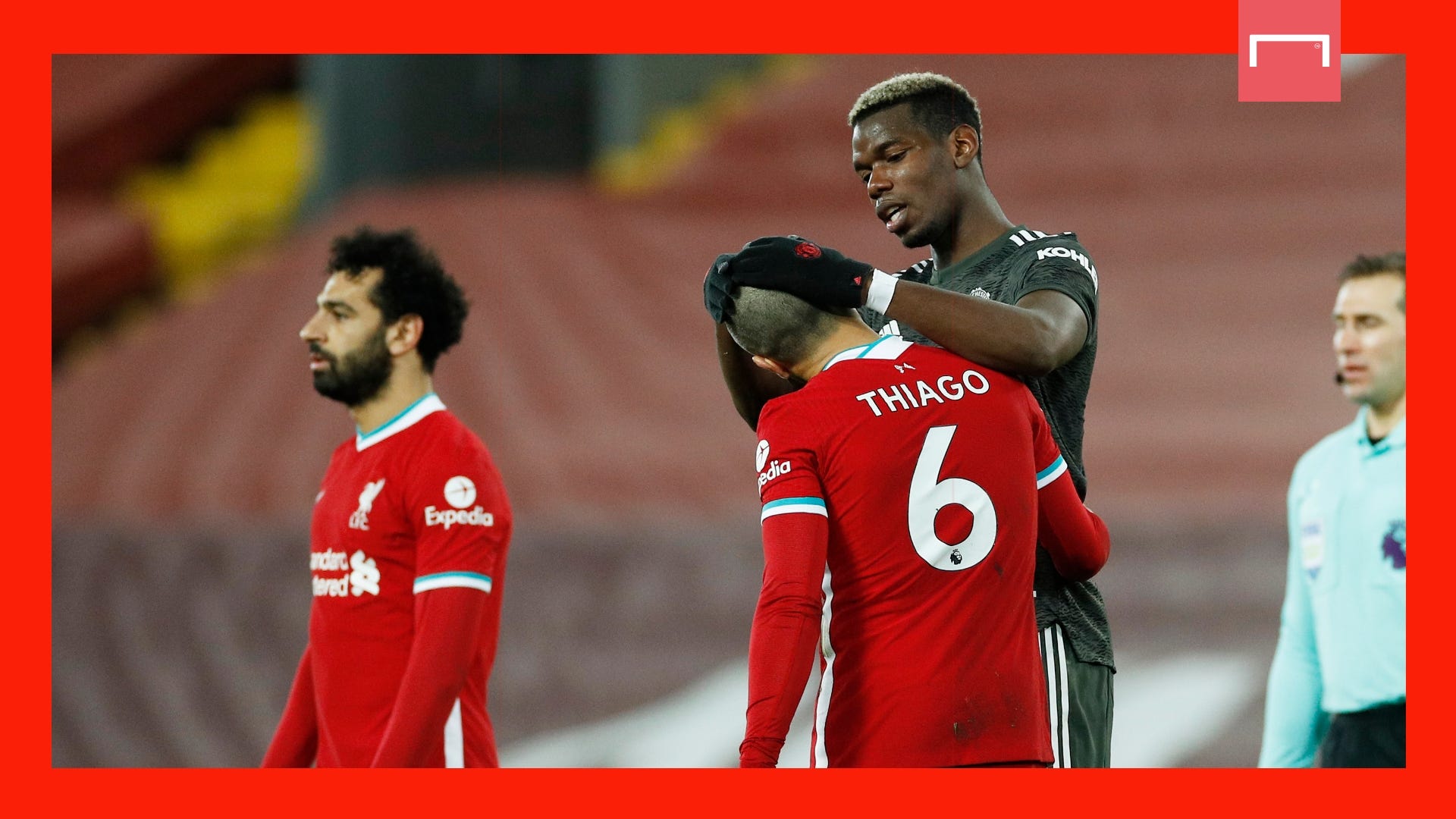 After a chaotic spell at the beginning of the season - which we can chalk up to the weirdness of adjusting to the effects with a blank league table, plus a truncated pre-season creating a tactical wilderness – the Premier League has returned to the low-energy football of Project Restart.

Supporters are vital to creating the right atmosphere, particularly in high-stakes games like those among 'Big Six' sides. Whether creating a toxic atmosphere for the visitors, geeing up the nervous home team, or reacting anxiously to the tension and drama, fans essentially pierce through the harsh, cold, and rigid dynamics of a match.

Nerves will always limit creativity, hardening the limbs and preventing the risk-taking needed to attack, and therefore two well-drilled sets of players need to feed off a crowd’s chaotic energy in order to lose their discipline.

It is much easier to be cautious, to play for a draw, and to slip into a safety-first rhythm when there is no judgement from the stands.

Exhausted 'Big Six' teams who are unchallenged by a crowd, instructed to be more risk-averse, and are unable to spend time on the training ground working on attacking ‘automatisms’ have frequently drawn or lost against weaker sides this season.

Liverpool’s recent goalless run exemplifies what happens when all of these Covid-related variables come together; the attacking tactical structure just isn’t what it used to be without hard pressing, set moves, fresh legs, and a roaring Anfield crowd.

Inevitably, all those dropped points have led to a wide-open league table in which, if we adjust for the games in hand, about five points separates first from sixth. Unfortunately, this only compounds the problem of safe and low-scoring ‘Big Six’ clashes.

Whereas in recent years the high points tally required to lift the title gave the elite clubs incentive to go for the three points, the natural tendency in 2020-21 is to stay in the conversation, take the point, deny your rival three, and move on. 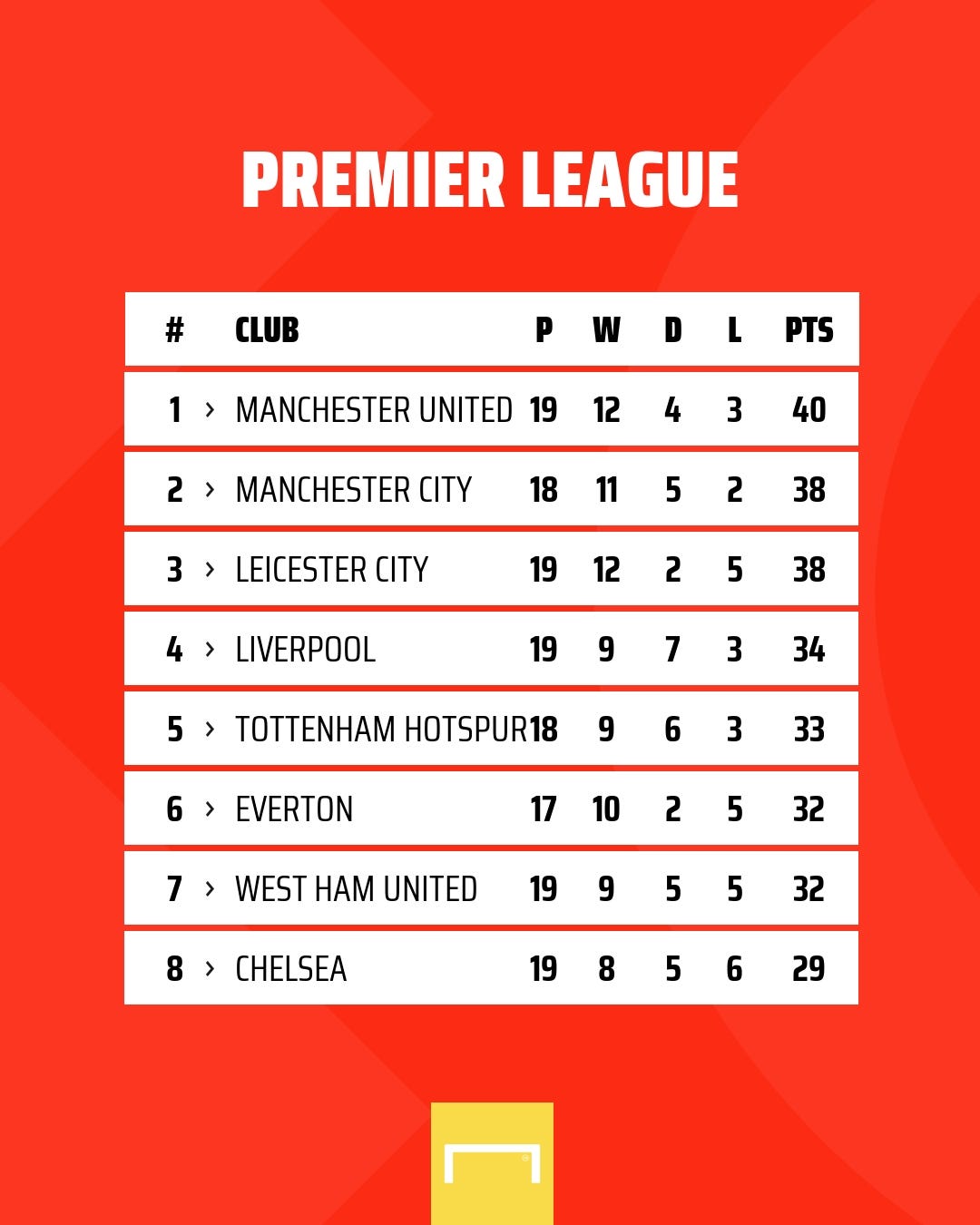 Liverpool’s 0-0 draw with Man Utd on Sunday was the perfect example of all these variables playing out. The first 30 minutes was teeming with potential as both clubs came very close to creating one-on-one opportunities.

For the next 30 minutes the game slowed down as the players began to tire, and then for the final 30 minutes both managers shut up shop and settled for a point.

Finally, there is the simple fact that the Premier League’s 'Big Six' happens to have quite a few counterattacking managers at the moment.

Mourinho is famous for his conservative approach against the elite teams, while Ole Gunnar Solskjaer and Frank Lampard have both shown an inclination to sit deep in the big games and counterattack.

In both cases, this happened as a reaction to being overwhelmed early on in their respective tenures at Man Utd and Chelsea. Neither manager is particularly adept at building intricate attacking or defensive structures, and consequently both have been forced to use an increasingly cautious approach to prevent porousness between the lines.

What’s more, Solskjaer, Lampard, and Mourinho are all partly reacting to the sheer brilliance of Liverpool and Man City in recent times, reinforcing their defence in order to stay competitive.

Arsenal’s flaws go a little deeper, although it is no surprise that Pep Guardiola’s protégé has joined the Man City manager in focusing on low-risk, low-tempo possession football for ‘Big Six’ matches in the Covid era.

‘Stay safe’ is a cultural mantra for these times. It is hardly surprising that the pandemic’s impact on football has been to slow it down, create distance, and encourage caution.

Until the pandemic is over, low-scoring ‘Big Six’ games are the Premier League’s new normal.