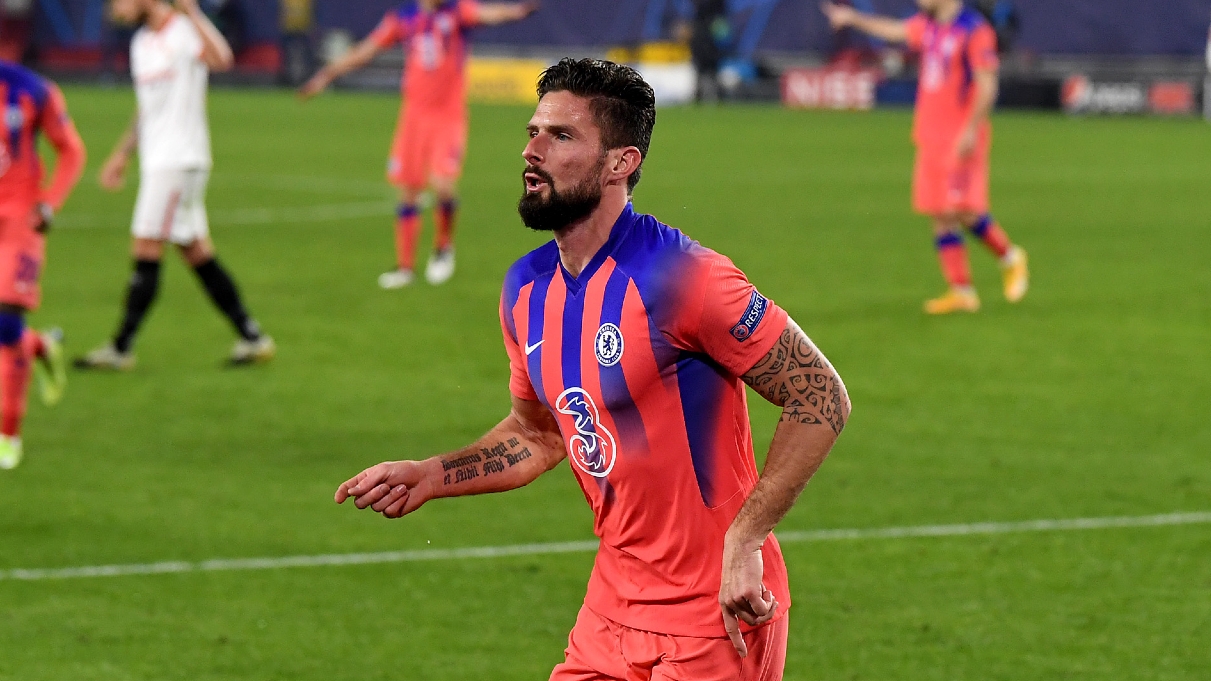 France coach Didier Deschamps has heaped praise on Olivier Giroud after his performance in Chelsea's 4-0 win against Sevilla in the Champions League on Wednesday.

Giroud broke Champions League records when he scored all of his side's goals as they secured first place in Group E.

The 34-year-old had not started a match for the Blues in either the Premier League or Champions League before the encounter in Seville and his national team boss was delighted to see him take his chance to impress.

"It's always important for attackers to score goals, whatever the match," he said at a press conference after Les Bleus were paired with Belgium in the Nations League semi-finals.

"But our analysis is done in relation to the opposition. When it's a Champions League match, against a Sevilla team that is very successful, it necessarily highlights Giroud's performance.

"He had the immense pleasure of being able to start a match. It does not happen to him often, even if by returning he scores important goals. Scoring a quadruple in the Champions League doesn't happen every day. Besides, they are different goals.

"Olivier is someone with a big mind, a big character. He is forced to fight against everyone, to excess at times. It was an important game as they played first place against Sevilla. Faced with such an opponent, it further enhances his performance. Good for him and for his club."

While Giroud was in stunning form in midweek, fellow France forward Kylian Mbappe's difficulties in the continental competition continued despite Paris Saint-Germain's 3-1 win at Manchester United.

It has been a year since the striker found the net in the Champions League, though he has struck nine times in eight Ligue 1 appearances this season.

“He was often decisive anyway in scoring or giving the last pass. He is a player who makes the differences," Deschamps said.

"It's been a while since he scored in the Champions League but it happens. He wants to stop this series and be efficient, but that does not prevent him from doing decisive things for his club despite everything."