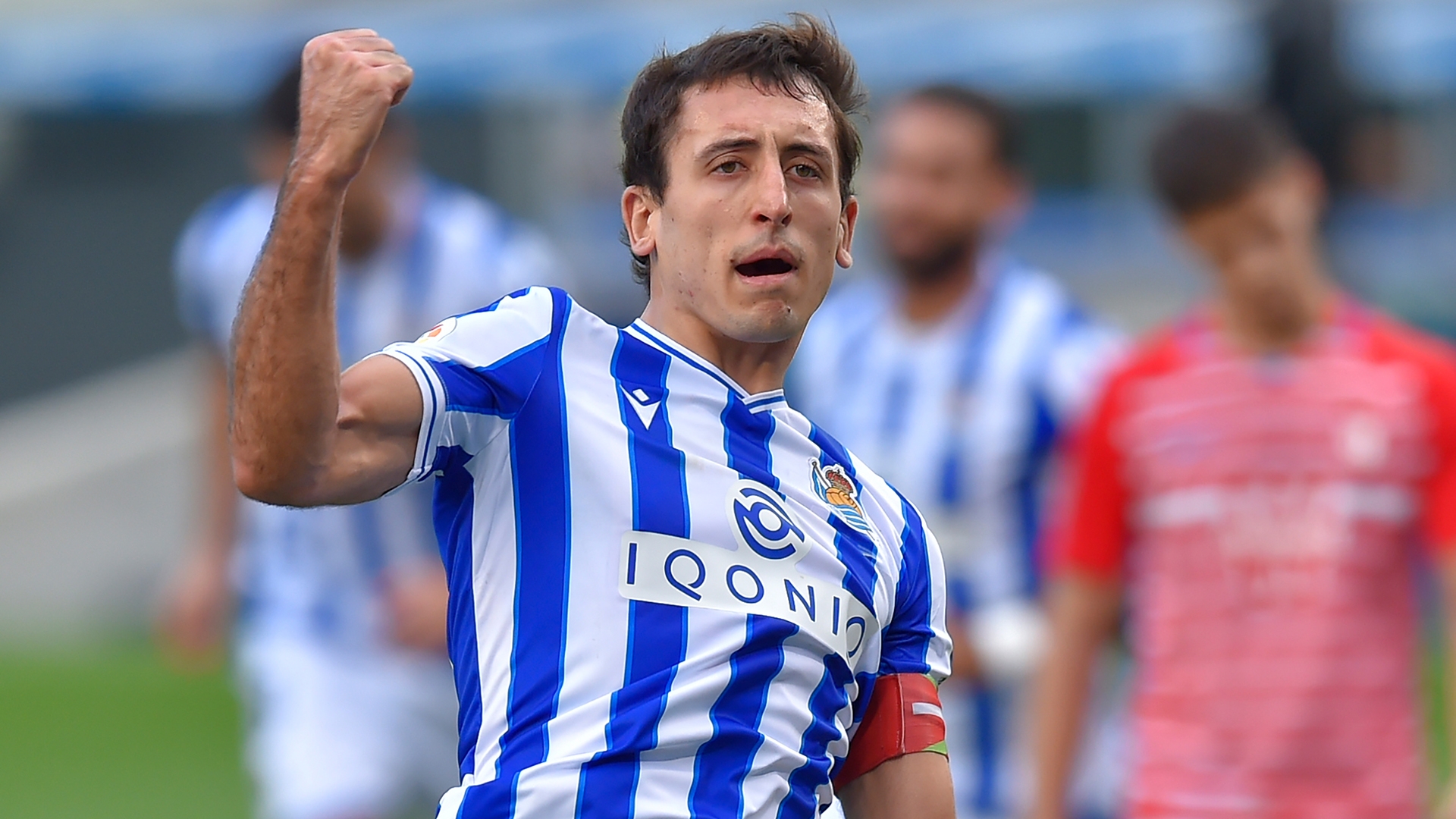 Real Sociedad star Mikel Oyarzabal is almost certain to be in contention to face Manchester United in the Europa League after being included in the squad to face Getafe in La Liga.

The forward emerged as a doubt earlier this week when he was withdrawn late on in the 4-1 win over Cadiz in La Liga last Sunday.

Sociedad confirmed a hamstring problem and that he would be evaluated, with no timeframe set for his return.

“Mikel Oyarzabal has presented with tendinopathy in the proximal hamstring tendons of the right thigh," the statement from Sociedad read.

“He has begun physical therapy treatment. A return to action will depend on the evolution of his symptoms.”

Marca reported on Friday that Oyarzabal’s injury had responded excellently to treatment, and that he would undergo a fitness test on Saturday ahead of a decision on whether he would travel to Getafe.

Sociedad coach Imanol Alguacil is in something of a quandary, as his side have slipped to sixth in La Liga and are in danger of losing touch with the top four.

The temptation must be to start Oyarzabal, but Alguacil will know that the meeting with United in the last 32 of the Europa League on Thursday is a bigger occasion and the extra days’ rest would be a huge benefit to a player who has scored 12 goals already this term.